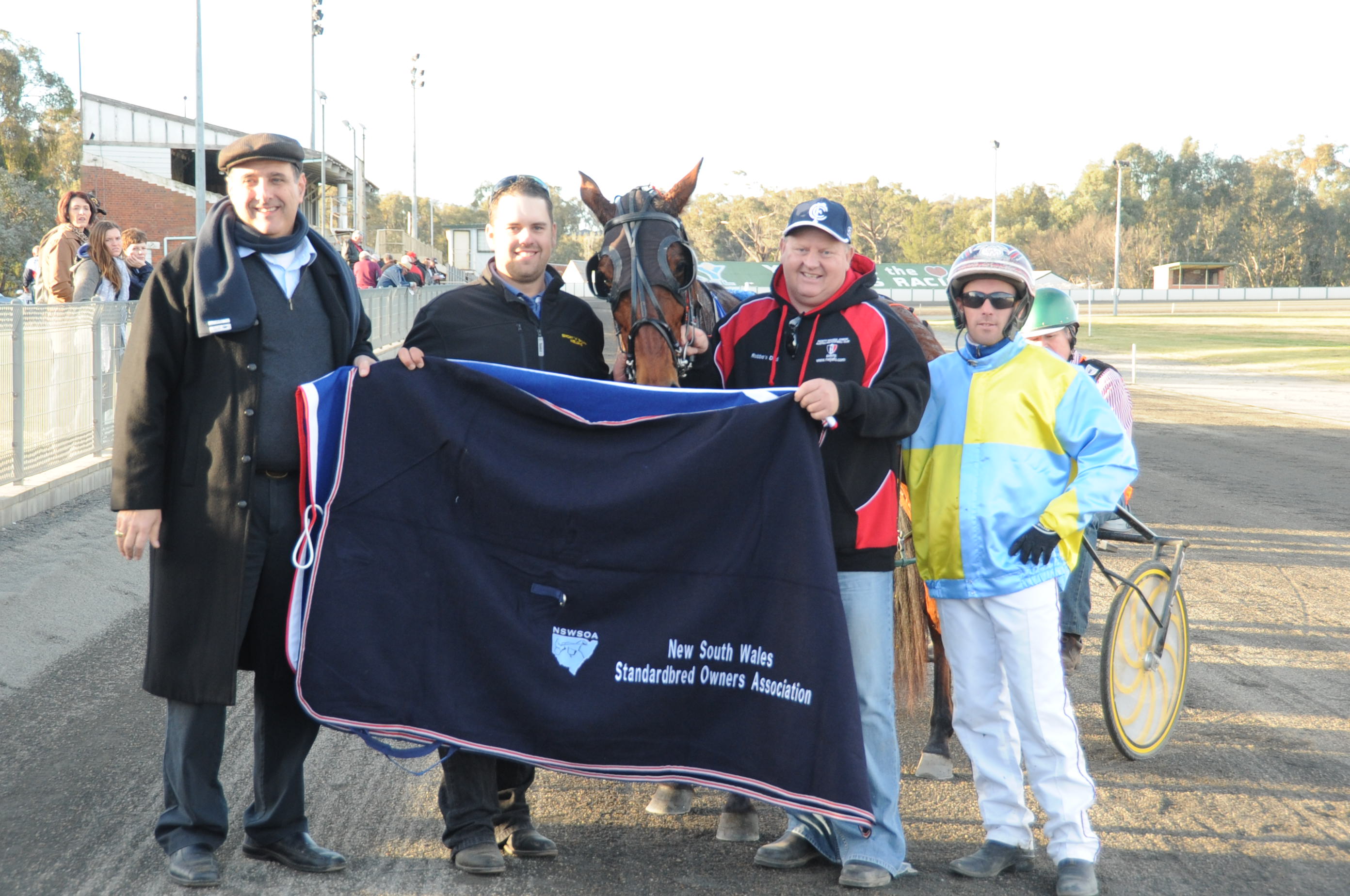 MISTRESS ON THE PATH TO MOTHERHOOD.

Art Mistress1 Corinda1 Daniel1 Mare1
TALENTED mare Art Mistress has been forced into retirement by a recurring hock injury. Based at Georges Plain, where she was under the care...

TALENTED mare Art Mistress has been forced into retirement by a recurring hock injury.

Based at Georges Plain, where she was under the care of newly crowned Group One winning trainer-driver Bernie Hewitt, Art Mistress contested 46 races, resulting in nine wins and 19 placings, with her back balance a creditable $107,325.

Bred and owned by the late Joe Cordina, and as the name would suggest, the rising five-year-old was a daughter of world-renowned sire Art Major, a sensation both on and off the track, having won more than $3.2m from a remarkable 32 wins and nine placings from his 49 appearances.

From the outset, Art Mistress always displayed above-average talent, and during her first season of racing posted a game second to Abettorrose in the G2 Pink Bonnet.

The following year the filly continued her upward spiral with, undoubtedly, her finest career effort in the G3 Raith Memorial at Menangle back in January 2016.

On that occasion Art Mistress chased home, bravely, the star Kiwi sensation, Our Dream About Me, running the Mark Purdon trained and driven visitor to a respectable margin of just 4.4 metres in a time of 1:53.4.

Following that effort Art Mistress produced another pleasing role as runner-up, this time behind the West Australian filly Dodolicious in a heat of the NSW Oaks.

A week later Art Mistress again produced a gallant display, however, she was unable to match Our Dream About Me and Dodolicious in finishing third in the prestigious Group One event.

Art Mistress added another second to her list of feature appearances when she contested the Gold Bracelet Final at Bathurst, this time finding Rockmemama a shade too good.

After opening her latest term of racing with a hat-trick of wins at Bathurst in late November, early December, the form of Art Mistress commenced to become indifferent, and following her well-beaten last to Mister Heywood on her home circuit, back on May 3, it was decided to ‘pull the plug’ her her career. 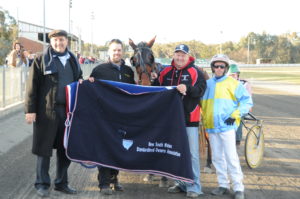 Dan Cordina (left) working in his role as vice-president of the NSWSOA at Young recently, will retire one of his stable stars.

“It wasn’t worth the risk continuing on,” said Daniel Cordina.

“Bernie had done a great job with her and it was time to go in another direction” he added.

Following the passing of his father (Joe) 18 months ago, Daniel has been looking after his estate when it came to the racing and breeding side of his business interests.

However, in the past month, Cordina has decided to take total control of both, adding his late father’s business to his smaller portfolio.

“There’s at least 15 broodmares and a few horses still racing, but it is the breeding side of the industry which excites me now.” he added.

Cordina, who is the vice president of the NSW Standardbred Owners Association, stated that Art Mistress would be going to Bettors Delight.

Standing at Woodlands Stud, the dual-hemisphere ‘sire sensation’ will commence a new season of potential stars, joining recent champions Adore Me and Have Faith In Me on his list of success stories.

Now rising 20 years of age, Bettors Delight faced the starter on 26 occasions, during is northern hemisphere career, with 15 wins and seven placings posted next to his name, along with $2.5m in prizemoney.

The mare of Art Mistress was Lady Harfield, unplaced at her only appearance, prior to heading to breeding barn.

Raced by Joe Cordina, Lady Harfield (Safely Kept USA-Holly Harfield) had five of her six foals face the starter, commencing with a Grinfromeartoear gelding, Harmony Prince who went on to win 17 races from 164 starts while adding a further 57 placings to his record.

The Grinfromeartoear bloodlines continued the following year (2007) when the filly Revelry joined the Cordina racing team, with the bay ending her brief 10-start career with just the one win.

All I Want (Real Desire USA) won 22 from 129 outings, prior to a filly by Bettors Delight becoming the mare’s fourth foal.

That filly was Bettors Charm, a more than useful performer for the Cordina brand, as she posted seven wins and 21 placings from 76 trips to the track.

Lady Harfield’s next foal, a gelding by Armbro Desire (CA) failed to make it to the races.

Foaled in November 2011, Art Mistess joined the long list of Cordina horses to ‘pay their way’.

Unfortunately, the following season, Lady Harfield passed away when in foal to the great Christian Cullen.

After inheriting his father’s desire to become involved as an owner, Cordina is looking forward to his latest challenge with plenty of passion.

“Dad always loved the challenge of trying to breed a champion” Cordina said.

“He went close with Ashlees Babe, who was definitely a star in her own right and a great family favourite”.

“She gave dad a great deal of pleasure and many wonderful memories.” he added.

During her exciting career, Ashlee Babe (Armbro Operative-Ashlee) won 22 of her 32 starts, with just one placing. It was an ”all or nothing’ attitude.

Appearing on her list of credits are races such as the Princess Mile, Canberra Oaks, JL Raith Memorial, Vicbred 3YO Fillies, Queensland Oaks, Vicbred 4YO Mares and a 4&5YO Championship at Melton.

On most occasions, Ashlees Babe was guided to victory by Peter Morris, with Gavin Lang in the sulky in her Vicred Mares victory and her 4&5YO win.

Since commencing breeding duties the mare has had six foals, all raced by Joe Cordina, commencing with Ashlees Gem, Red Ombra, Gypsy Babe, by far her most productive performer, Artegra, Sir Daniel and Scarlet Babe, an unraced daughter of Western Terror.

The mare ‘missed’ in each of her past two seasons.

Following his decision to becoming increasingly involved in both sides of the harness racing industry, Cordina will also be taking on a tougher stance with his racehorses.

“With so many extra mouths to feed it will be, pay your way or be moved on.” he beamed.

An astute businessman, through his involvement with the highly-respected Cordina Chicken Farms brand, along with their smallgoods industry, Daniel is no stranger to success.

However, his next challenge will certainly require all his expertise and more.

Daniel’s upcoming challenge of taking over the Cordina harness racing brand on a fulltime basis, will also be welcomed with the same enthusiasm and passion he tackles business and his love of harness racing.

No doubt Cordina will eagerly await the birth of the next generation of horses to wear the family colours to victory.