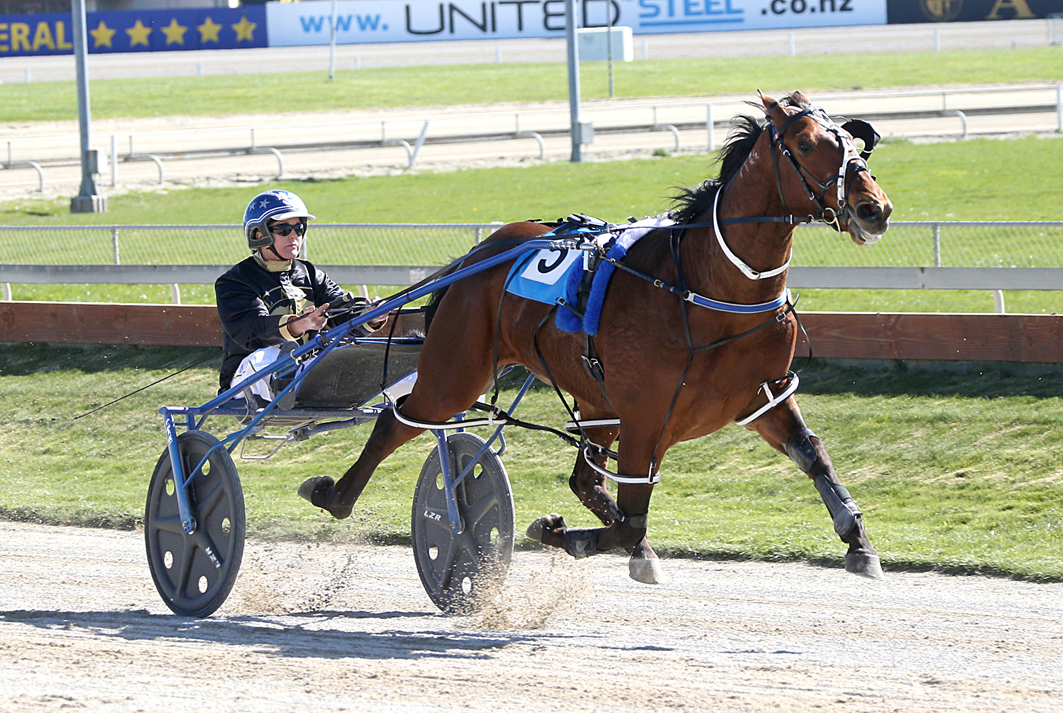 NEW ZEALAND based power couple Natalie Rasmussen and Mark Purdon are pleased with their team leading into Saturday night’s Chariots Of Fire at Tabcorp...

NEW ZEALAND based power couple Natalie Rasmussen and Mark Purdon are pleased with their team leading into Saturday night’s Chariots Of Fire at Tabcorp Park Menangle.

The duo have qualified three runners for Australia’s premier four-year-old event which carries a $200,000 purse.

Second in last weekend’s qualifier – Paleface Adios Stake – behind Ignatius, Chase Auckland has fared best of the trio in the pole.

The son of Auckland Reactor has had three starts since returning from a 10-month injury-enforced spell for a first-up fourth and a win in 1:54.9 over 2300 metres.

“He will be right at his peak after a few runs back,” Purdon said. “He didn’t go down by too much in the qualifying race and will improve.

“That said, Ignatius was too good on the night and will be better for the run as well.

“He’s got a good draw and we will be looking to make the most of it.”

To be driven by Purdon, All You Need Is Faith will come from gate four.

The son of Art Major earned his berth in the Group One by finishing fourth in the Paleface Adios Stake.

“He went better than his first run here, but will have to be at the top of his game against this lot,” Purdon said. “There are quite a few others that are a better chance.”

Ashley Locaz rounds out the stable’s prospects, with the gelding drawn awkwardly in 12 – the outside of the front row.

Ashley Locaz, which will be driven by Luke McCarthy, finished second behind Picard in his qualifier, the Hondo Grattan Stake a fortnight ago.

“It’s a horrible draw but someone has to be there,” Purdon said. “Unfortunately it’s him!

“He would have been among the better chances if drawn in first four closest to the pegs.”

With the Chariots Of Fire also offering a ticket into the Miracle Mile on March 2 for the winner, Purdon stated he will accept the invite into the Grand Circuit event should be in a position to do so.

“We are here to race, so we won’t turn it down if that is the case,” Purdon said.

Buster ready for Group One debut
Perfect timing for Hallcroft
One champ jets out . . . and another is just warmi...
Huge praise for new track
About author