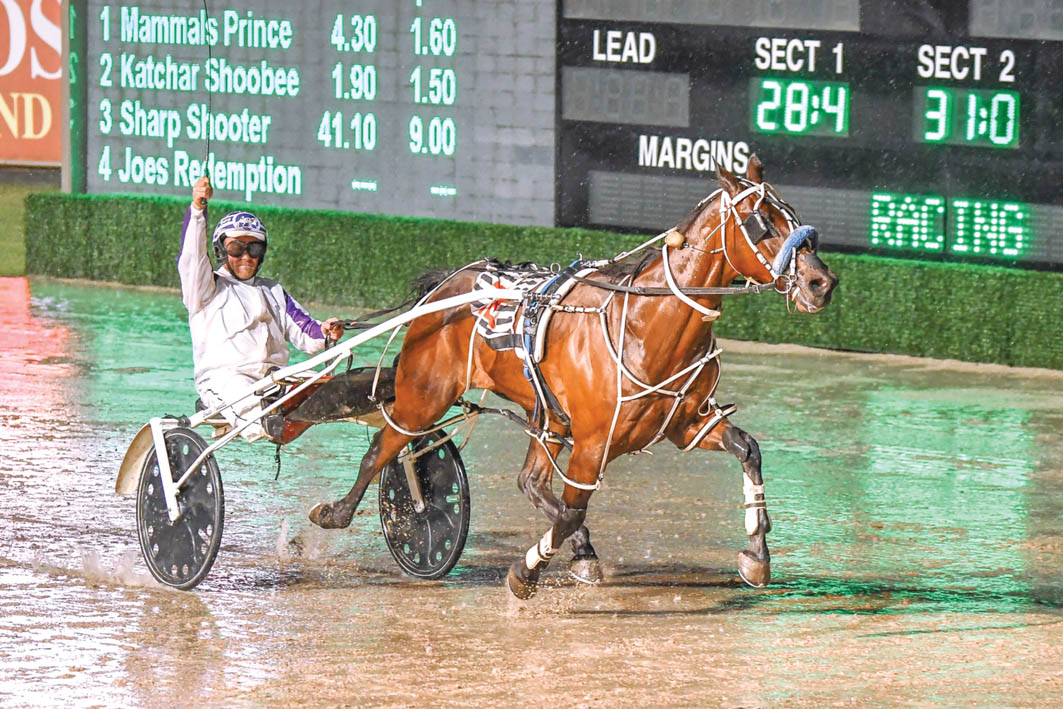 Stating the Group Two was the three-year-old’s “Grand Final for the season”, Portelli is yet to decide what Katchar Shoobee’s next target will be.

“That’s the race which was set for him this time in…it was his Grand Final for the season,” Portelli said.

“I haven’t looked to see what is beyond that for him, but there are no more big plans.

“He will just go back to racing in his grades now and hope he can keep going through the classes.”

With Portelli in the cart, Katchar Shoobee began quickly to lead from barrier two as Kalypso King worked overtime in the ‘death seat’.

“Once he got to the front I knew he would take a lot of running down,” Portelli said. “It wasn’t easy going in the rain, but he did well.

“I was happy with the way he found the line.”

Covering the mile in 1:56, Katchar Shoobee took his record to seven wins and four seconds from 24 starts for owner Charlie Cordina.