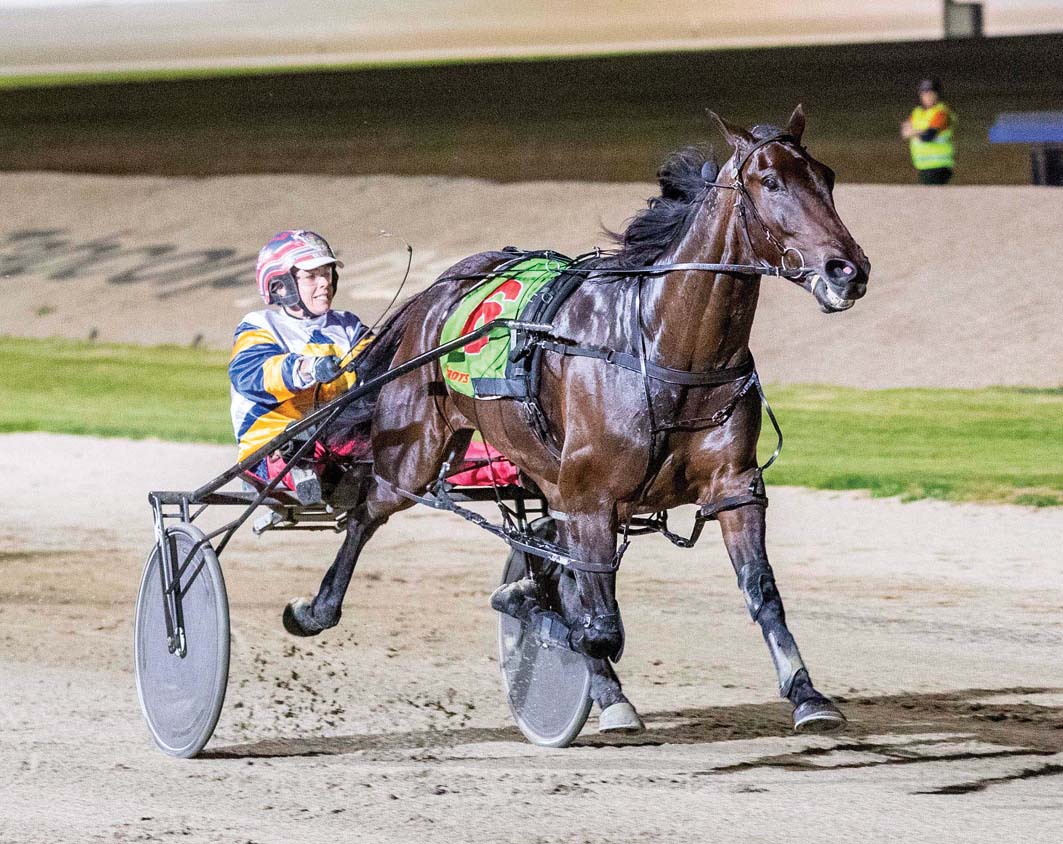 PLANS remain modest with Yianni despite his blistering return to winning form.

Despite the impressive nature of Yianni’s victory, trainer Emma Stewart stated she has no specific targets earmarked for the four-year-old.

“I haven’t looked beyond the APG series with him,” Stewart said. “So I don’t really know where he will head next.

“I’ll have to look at the program and talk it over with Danny (Zavitsanos, owner) and see where we go from there.”

Misbehaving in his heat when galloping at the start, Yianni never put a hoof wrong this time around as he began quickly to work to the lead from barrier six.

Providing Kate Gath with an armchair drive, the son of Changeover was never fully extended on his way to a 15-and-a-half metre win from Jawbreaker.

After travelling three-back along the pegs, Long Weekend was 10-and-a-half metres away third.

“He didn’t go as well as we would have liked last week in his heat, but he was on his best behaviour tonight,” Stewart said.

“He’s won well within himself, and given it was only his second run back from a break, he still has improvement in him.”