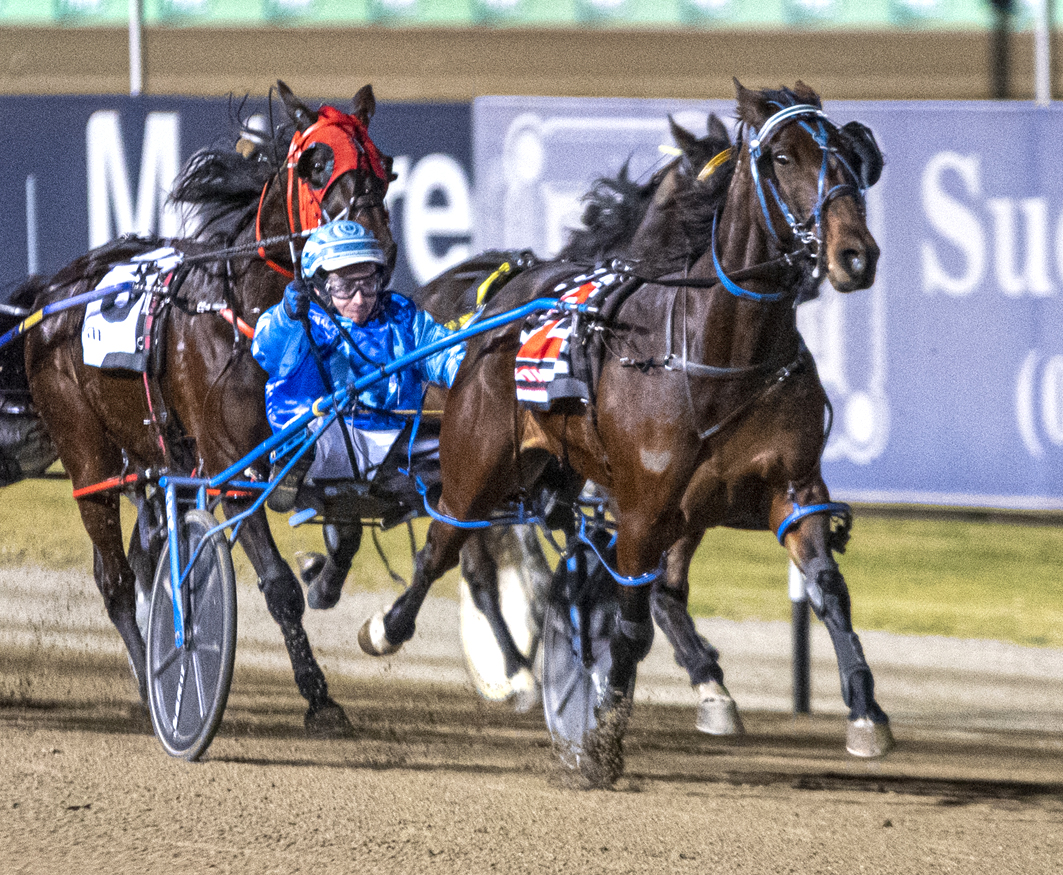 PLANS remain modest with Bettor Be Lucky despite his drought-breaking victory at Tabcorp Park Menangle last night. Having his ninth start for trainer Ian...

Having his ninth start for trainer Ian Wilson, Bettor Be Lucky registered his first win since scoring at Albion Park in June 2018 when prepared by Shannon Price.

Pleased with the gelding’s performance, driver Jim Douglass explained Bettor Be Lucky will continue to race in suitably classed events.

“Last night’s race was only worth $11,000, which under the old system would have been considered the weaker M0 on the night,” Douglass said.

“He’s capable of winning one with the right run and it would be pretty good if he can manage that.

“Other than that he will keep going around in his classes and hope to pick up a few more wins.”

Beginning well from barrier two Bettor Be Lucky was angled onto the pegs to gain the perfect trail behind Bettor To Be Tricky, which led from the pole.

Angled away from the inside at the top of the home straight, the gelding grabbed the front in the last stride to complete a half-head win from Bettor To Be Tricky, with Smithstars Lexus two-and-a-half metres away third.

“It was a lot closer at the finish than I thought it would be,” Douglass said.

“At the top of the home straight he felt pretty good and I expected him to get to the front sooner than he did.

“He got there in time which is the main thing.”