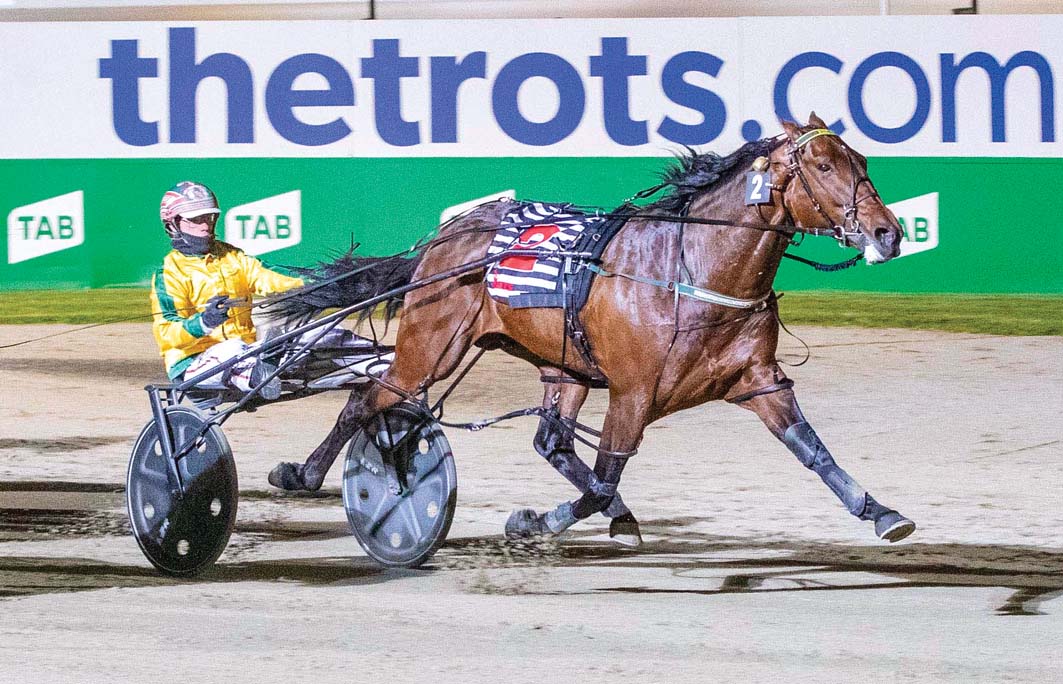 Having his first start since winning the 2018 Breeders’ Crown as a three-year-old, Ride High captured the Four and Five-Year-Old Championship for trainer Clayton Tonkin.

Naturally thrilled with Ride High’s performance, Tonkin plans to “back off” with the son of Art Major during the next fortnight before selecting another suitable target.

“I couldn’t be happier with that run,” Tonkin said. “He’s had a lot of leg work put into him and he was pretty fit, but there is nothing like racing to tighten them up.

“To go like he did was great and without doubt he will be a lot better for the outing.

“Even though that was his first run in a more than a year, he’s been up for a while, so I will give him a couple of light weeks now and then look for his next race.”

With Greg Sugars in the cart Ride High began quickly to lead from barrier two as the field travelled in ‘Indian file’.

Proving too slick along the home straight, the stallion staved off a late charge from Hurricane Harley to score by a half-head.

Tam Major, which was positioned outside the pacemaker at the bell, completed a ‘stable’ trifecta when two-and-a-half metres away third.

Like the five-year-old, Tonkin was also returning from a long spell – 15 years!

Tonkin’s previous starter was Robin Hood when he annexed the Horsham Guineas on July 19, 2004.

“It’s been a while since I’ve held my licence and we’ve had a lot of good horses come through the stable in the meantime, but I felt this bloke was the one I’d make a return with,” Tonkin said.