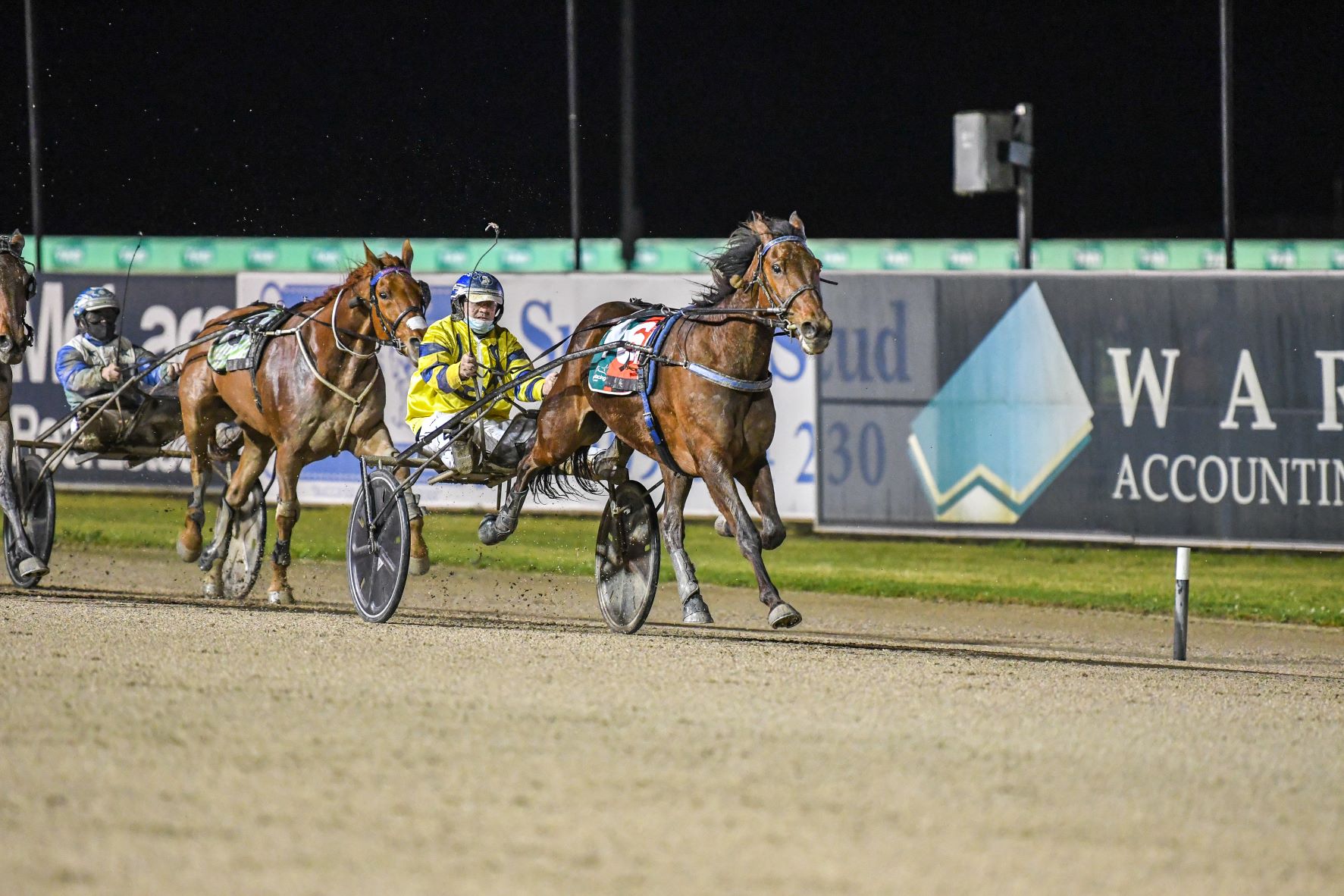 Monarch shows he’s too ‘Tough’ for this bunch

King Of Swing12 Tough Monarch5
TWO of his major rivals were out of play at the very start of tonight’s Garrards Jill and Tony McGrath Trotters Cup at Menangle....

TWO of his major rivals were out of play at the very start of tonight’s Garrards Jill and Tony McGrath Trotters Cup at Menangle.

Yet they would clearly have had their work cut out beating New South Wales’ best trotter Tough Monarch who zipped away on the home turn in the 3009m marathon and defied all efforts from his rivals to run him down.

In the end the nine-year-old gelding made light of his 30m handicap and scored a stunning win over plucky mare Monaro Mia (David Morris) and Aleppo Murphy (Luke McCarthy), who was gallant throughout one of Menangle’s most gruelling races.

Tough Monarch didn’t step all that quickly from the standing start yet three of the fancied runners, Funky Monkey, Drop The Hammer and Right Moves all blew their chances and were virtually no chance after the jump as they gave away impossible starts.

Alchin gave Tough Monarch plenty of time to find his feet before taking off a lap and a half from home, finding the front and going on to score in a competitive 2:01.7 mile rate.

So well was the old fellow travelling that Alchin kicked him away on the home turn and although his rivals were closing fast near the end as the effort began to take its toll, Tough Monarch took his earnings over the magical half-million dollar mark.

He’s off to Bendigo next week to run over a mile, before returning to Sydney for the Trotters Inter Dominion.

And even Alchin has to admit, he is going as well as ever.

Later in the night champion pacer King Of Swing made it 10 wins from 10 starts over the mile at Menangle when he warmed up for next weekend’s Victoria Cup with an easy win over ERays Choice and Bright Energy, rsting a leisurely 1:50.4 in scoring a 6.7m win for the Belinda and Luke McCarthy stable.

‘The King’ is back in town
Rickie’s ready to rock
King ready to climb the mountain
MIKE KO’CASS PREVIEWS MENANGLE’S NIGHT...
About author