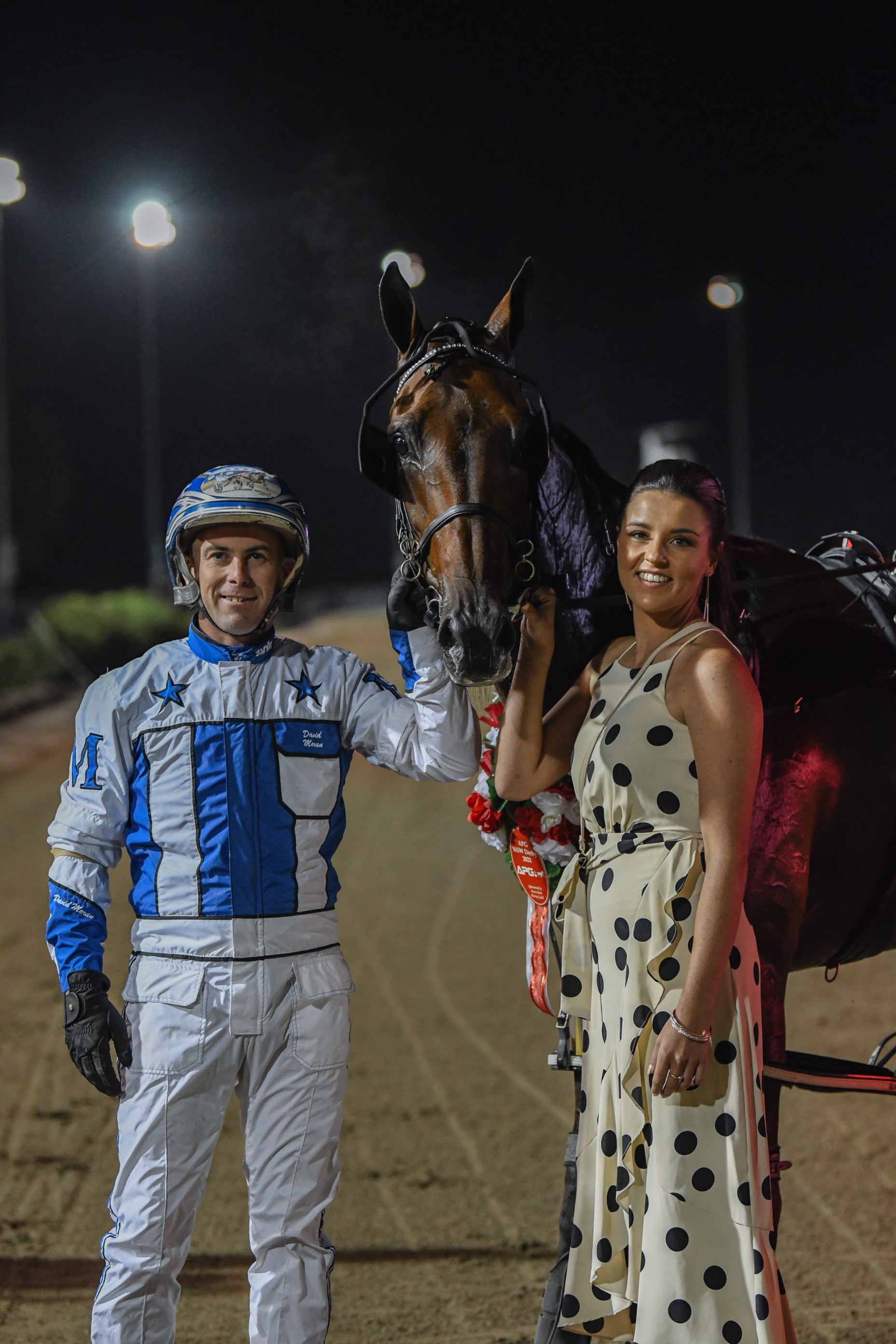 IF ever there was a consolation win more deserved at the business end of the Carnival of Miracles, it occurred tonight in the $200,000...

IF ever there was a consolation win more deserved at the business end of the Carnival of Miracles, it occurred tonight in the $200,000 APG NSW Derby.
No-one has handled the disappointment of losing his stable star Lochinvar Art to injury better than Victorian trainer-driver David Moran.
And the popular horseman, who came here hoping to win a Miracle Mile with ‘Locky’ will instead go home with another Group One in his baggage after his up-and-coming youngster Patsbeachstorm scored a runaway four-metre win in tonight’s ‘second’ major feature.
Most would agree that the Derby had several top chances, but Moran left them all lamenting as the son of Somebeachsomewhere sprinted quickly in the straight to beat Jacks Hawk (Greg Sugars) and local hope Watts Up Sunshine (Cameron Hart), rating 1:55.9 for his final mile.
While Moran would never have the temerity to suggest Patsbeachstorm could ever take the place of Lochinvar Art, he is sure proving a terrific fill-in.
“At least that will give us a good reason to have a celebratory drink later tonight,” grinned Moran, who gave a relieved salute as he crossed the line.
“It’s been a tough 12 months, but this fellow is just a beautiful horse . . . he’s the type of mate that no-one dislikes.
“Seriously, he’s just the perfect animal.
“These owners have raced a lot of terrific horses and have had a lot of fun doing it.
“We had such big plans for this bloke as an early two-year-old but then we nearly lost him.
“He was so sick it really was 50-50 there at one stage whether or not he would make it through the night.
“So, we had to forget all about the big races there for a while and just work on getting him right.”
Moran drove the perfect race on Patsbeachstorm and managed to land a one-one trail with fellow Victorian Act Now settling in front and Idyllic enduring a hard run outside the leader with Captain Crusader sitting right behind them.
Turning for home Patsbeachstorm stormed to the front and won going away in just the sort of style that Moran would have been hoping his injured superstar Lochinvar Art was tipped by many to do in the $1m Garrards Miracle Mile later in the night.