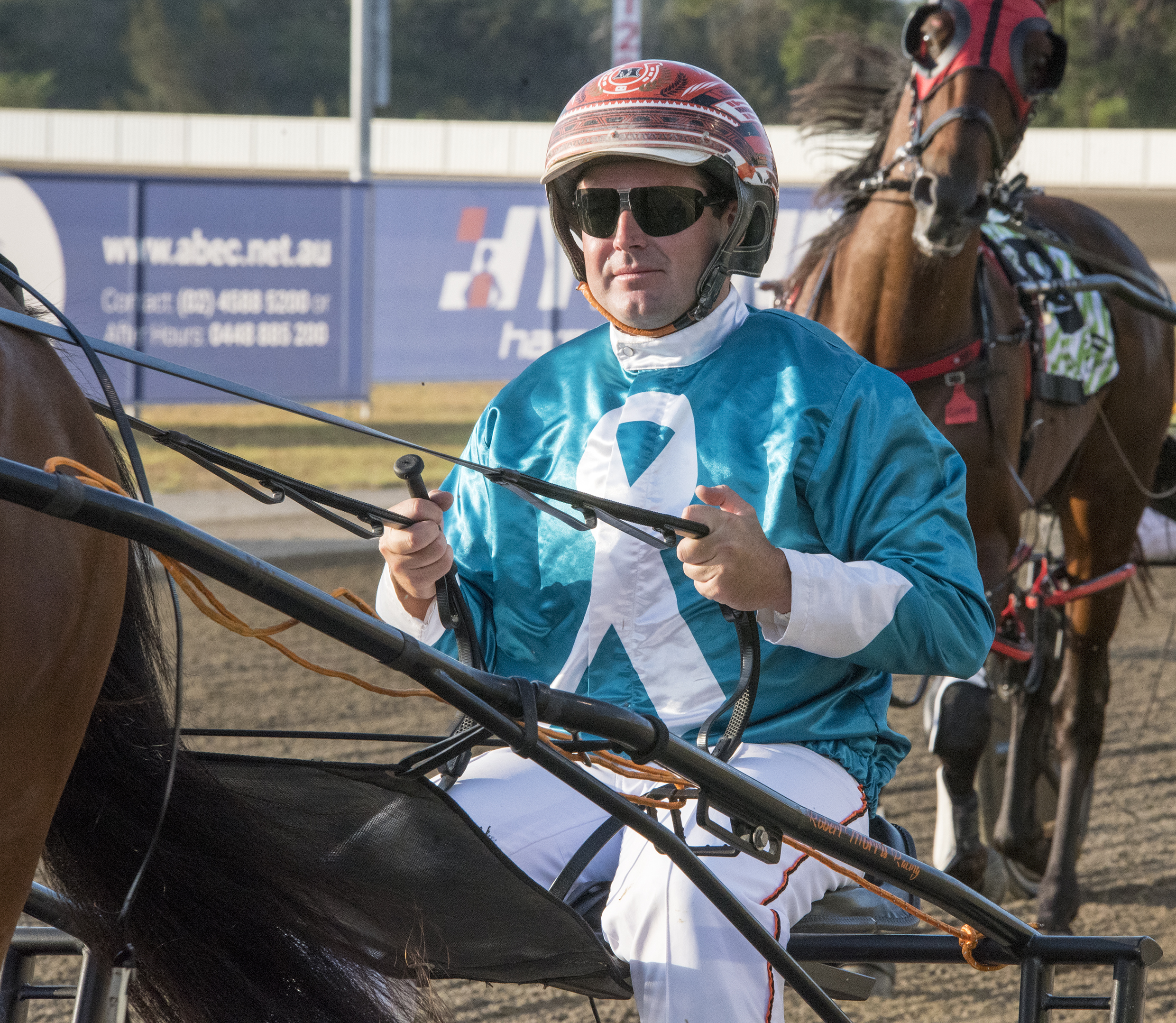 SET FOR A BUSY DAY AT MENANGLE: Robbie Morris

GUN reinsman Robbie Morris has been given the task of extracting the best from two Victorian fillies, which will be chasing heats of the...

GUN reinsman Robbie Morris has been given the task of extracting the best from two Victorian fillies, which will be chasing heats of the rich Australian Pacing Gold series at Tabcorp Park Menangle today.

Morris will partner Im Delightful (Race 5) and Sheza Mamacita (Race 7) for Wahring (Victoria) drainer Sonia Mahar and both are drawn to be prominent in the two-year-old fillies’ heats of the APG.

Mahar has settled her two fillies in well at the Menangle stables of KerryAnn Morris and has given both fillies every chance of getting used to Robbie’s reinsmanship as well after luring him to Riverina Paceway earlier this month to drive the pair.

And with both drawn inside barriers in their first Sydney tests, Morris feels Sheza Mamacita might have an edge.

“They’re both nice fillies although Sheza Mamacita probably has a little bit more of that ‘x’ factor than the other filly,” said Morris.

“Mamacita seems to be getting better with racing, she has good speed and has drawn a nice alley today and is probably in the easier of the two heats.

“Im Delightful is no superstar but she should get a great trip and get a nice little smother behind either Gee Gee Blinxs or Michelle Lee Mac, so she’ll be there turning for home as well.

“I went to Wagga last week and drove them both so I’m hoping for a bit of luck.

“If they go well at Menangle they will obviously press on to Brisbane.”

Morris has a big book of drives at Menangle today including six for his new wife KerryAnn.

He is quite keen on the prospects of Pembrooks Passion in Race 9, a horse he suggests will eventually find his way into free-for-all grade.

“I think Its Mesmerise (Race 8) can also go well as she went really well last week and couldn’t get a clear crack at them turning for home,” he said.

“She should get a good run from barrier one as the horse drawn immediately to her outside, Elderberry Stride, looks the likely leader, so we should be able to get a nice trip.”

Morris said the only thing lacking in Pembrooks Passion’s resume was high speed out of the mobile.

“He’s getting better at it and hopefully we can find a spot but he’s versatile and he has been getting home in really good halves.

“His run two starts back when he was fourth to Sicario in the Carousel heats was really good.

“It’s a tricky race but if they go hard he’ll be finishing strongly.”

Hardings are on a mission
Grimson, Rixon chasing doubles
Pizzuto, Butt the men to follow at Menangle
Preview: Globe Derby August 18
About author