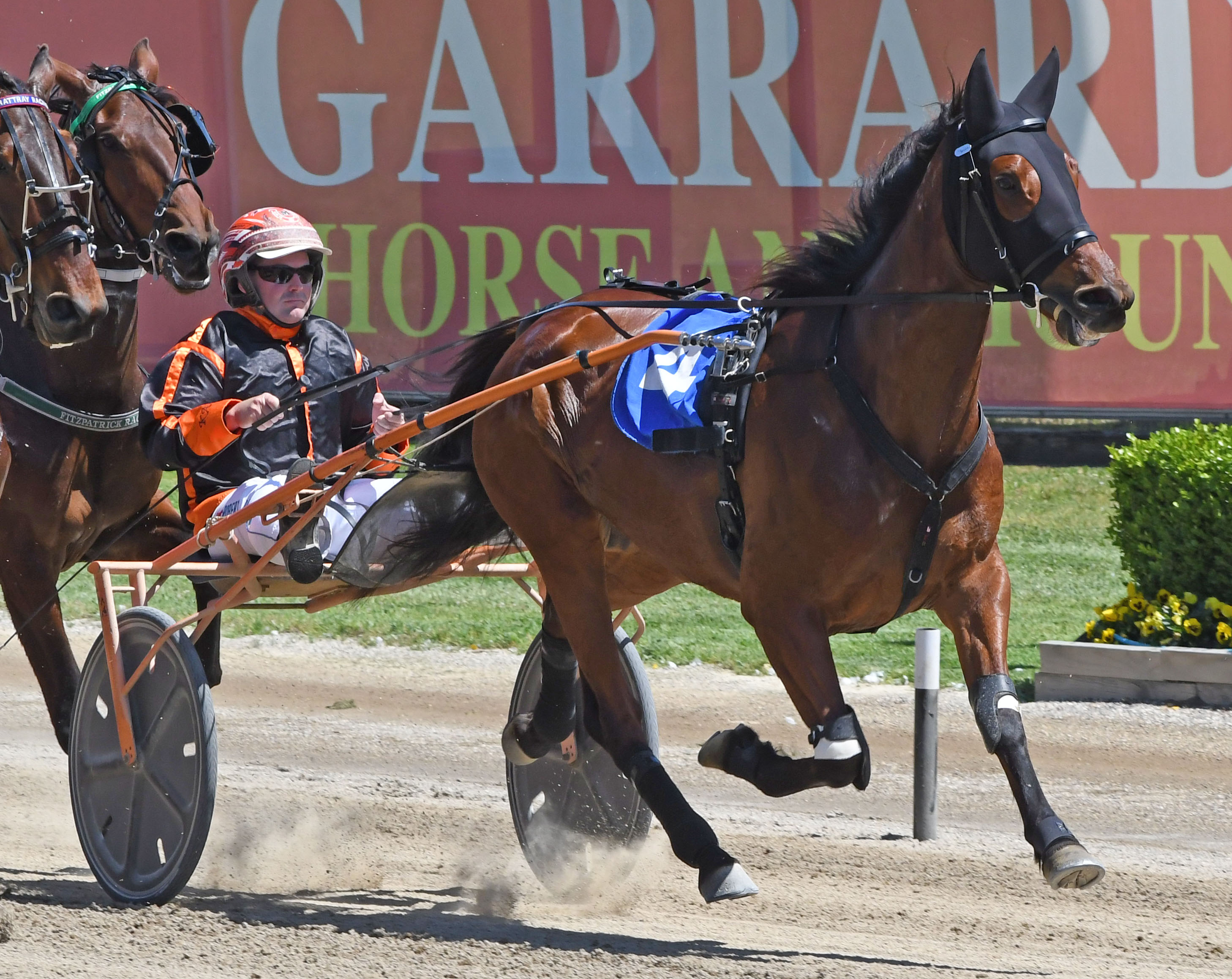 Ace trotter Princess Kenny is getting back to her best, according to gun reinsman Robbie Morris.

Morris ready for this ‘Occasion’

Menangle126 Morris8
FIVE trials without any race starts would normally ring a few alarm bells for punters. Yet gun reinsman Robbie Morris has assured me there...

FIVE trials without any race starts would normally ring a few alarm bells for punters.

Yet gun reinsman Robbie Morris has assured me there has been nothing amiss with three-year-old filly Foralloccasions, who will have her first race start for eight months at Menangle tomorrow.

The daughter of Bettors Delight has had five trials since November, yet Morris says it’s all systems go.

“She’s a fat little thing and she’s taken a bit to come around,” says Morris.

“We’ve simply taken our time with her and she’s OK.

“Having said that there are a couple of talented fillies up against her tomorrow.

“I think she’s a nice enough little filly and she has a bit of a future, given time.”

And while on the subject of horses with a future, Morris will also take the sit behind talented trotter Princess Kenny, who has been listed as the early favourite for Race 4, the HRNSW Foundation Trotters Series.

After winning four in a row at Menangle, Morris took the daughter of Monarchy to Queensland to chase the DJ Alexander Memorial at Albion Park.

But the mare was not on her best behaviour, finishing ninth and seventh in the heats before returning to her home stables at Menangle.

“She didn’t settle in at all in Queensland, she didn’t like the humidity and being away from home and everything was against her,” he said.

“So we’ll just turn the page and I thought her run last week was really good.

“She hadn’t had a run for nearly a month and they came out and went 1:54.9 and her work has been exceptional since and I’m looking forward to getting her back to her best.

“And she loves Menangle.”

Morris has another of their big team, Fear Cruisin resuming in Race 9 and he had had three handy trials in the past three weeks as he aims up for his first start since June last year.

“He had a little bit of a knee issue so we have given him some time and looked after him.

“He’s working up really well. He’s in a hard race tomorrow with some nice horses in it but I think he’s a horse with a good future.

“He’s a big burly stallion who’ll probably need a couple of runs before we decide where he goes from there.”

Pressed to come up with his best drive at Menangle, Morris leans towards Alleluia, which he will drive for Queensland’s No 1 trainer Grant Dixon.

“Grant felt Alleluia was getting a bit jammed in the free-for-alls up there in Qld so thought he’d send him down here for a bit of a change,” said Morris.

“He hasn’t had a hell of a lot of luck in his races yet down here, getting pushed back to last and having to come from near last in quick times.

“But he is drawn handily tomorrow and we’ll drive him accordingly and expect him to run a good race.

“His numerical form might not look that pretty, but his numbers and times have been really good, so he is a good chance.”

Rob’s other big hope for Dixon is Henry Hu, who has been bought by big-spending Queenslander Kevin Seymour for Dixon to see if he can match the top four-year-olds for a crack at the Chariots Of Fire.

“I am only driving him because Grant’s busy in Melbourne,” said Morris.

“So it is good to even get a drive for such a good owner.”