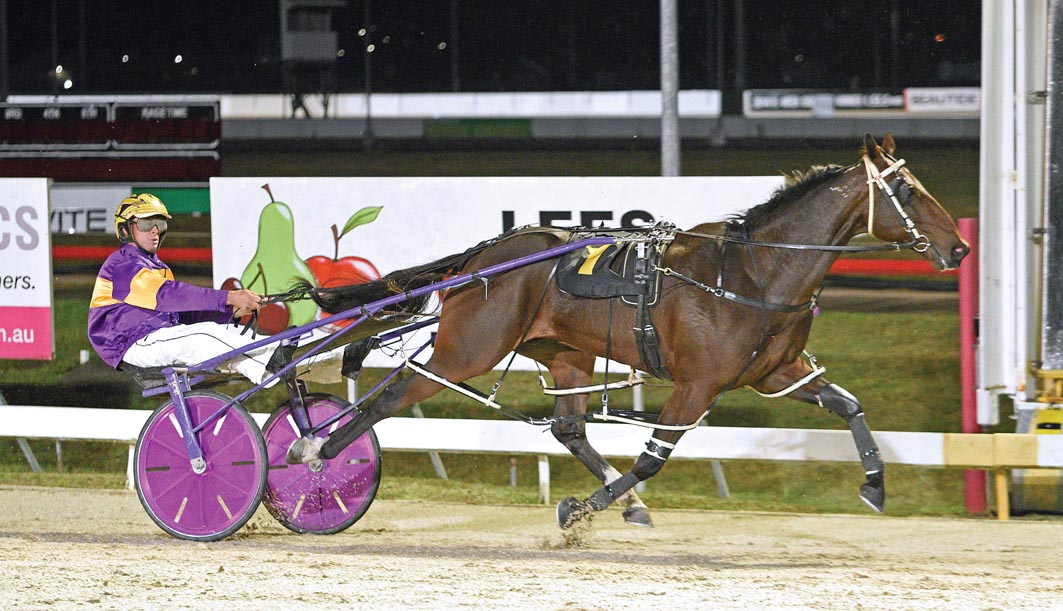 ALTHOUGH unbeaten from two starts this season Sheza Bettormak’s career is coming to an end. Planning to give the exceptionally-bred mare “a couple more...

ALTHOUGH unbeaten from two starts this season Sheza Bettormak’s career is coming to an end.

Planning to give the exceptionally-bred mare “a couple more starts”, trainer Rohan Hillier revealed Sheza Bettormak will be sent to stud in November.

Hillier, who also bred and owns the five-year-old with his wife Katrina, confirmed Sheza Bettormak will be sent to the court of Sweet Lou.

“I will be breeding from her at the end of the month,” Hillier said. “She is booked into Sweet Lou and will be served in a few weeks.

“At this stage she will have a couple more starts and can hopefully continue her form and pick up a win or two.”

Driven by Conor Crook in Launceston last night, Sheza Bettormak led throughout from barrier two to account for Alaphilippe and The Lemondrop Kid.

By Bettors Delight, Sheza Bettormak is from former star mare and top matron Shez Ryleymak, which also produced Ryley Major to score in the following event.

With Hillier in the cart, Ryley Major overcame a 20-metre back mark to complete a nine-and-a-half metre win from Illegal Immigrant, which is trained and driven by Hillier’s brother, Troy.

“He did a top job as it is not easy to make up 20 metres when they’re running at a steady speed up front,” Hillier said.

Also bred and owned by the Hilliers, the son of Art Major stretched his record to 17 wins and nine placings from 27 starts for earnings of $149,426.