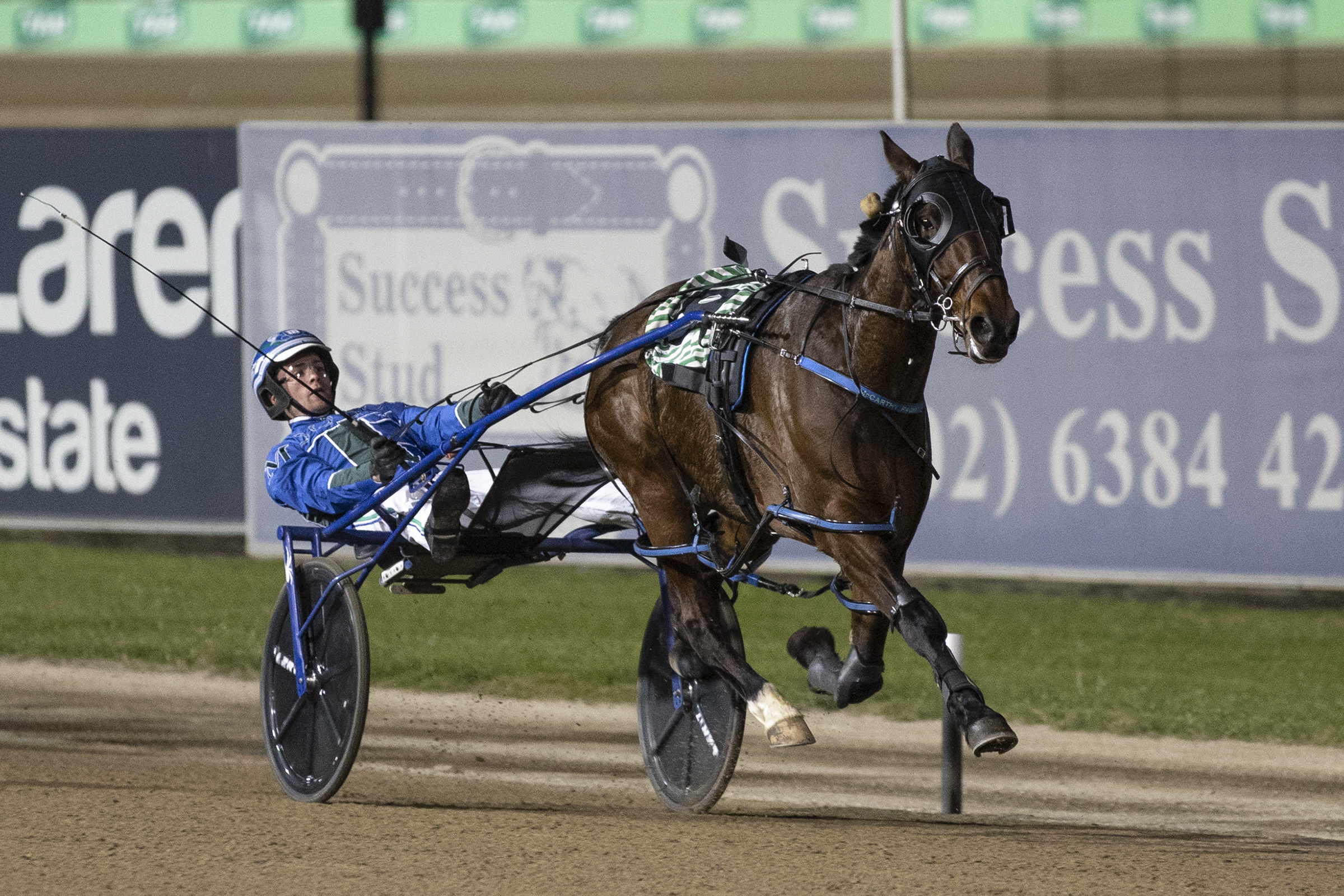 Mum and Dad get the last word

Todd McCarthy7
FAMILY comes first a lot of the time in harness racing. And Todd McCarthy will look to Mum and Dad to help him catch...

FAMILY comes first a lot of the time in harness racing.

And Todd McCarthy will look to Mum and Dad to help him catch up to his brother at Tabcorp Park Menangle tomorrow.

Big brother Luke has driven 57 winners this season, just one more than Todd – but that may all change tomorrow afternoon’s meeting.

And Todd is relying on his mother Narelle and his father John, both training select teams of pacers, to help him run down big brother.

Todd will drive Spy Major for ‘Dad’ in Race 3, a $10 shot who is ready to show his best at his third run from a let-up.

Then Mum will reluctantly step into the spotlight when she calls on Todd to drive $9 shot Lilymadimac in Race 4 as well as Rays Choice ($2.25 favourite) in Race 6 and Under Worked, who has been listed an odds-on favourite in early markets for Race 8, the National Trotguide Online Claiming Pace.

After an extraordinary run in recent weeks, including a Miracle Mile win with King Of Swing at Menangle, Luke will be absent from Menangle today.

Yet Todd will handle three favourites at Menangle and has a chance to catch both Luke and Amanda Turnbull in the state-wide premiership race.

He also has a good chance with Crazy Ben ($8) for Joe and Mary Rando in Race 2, the standing start trotters’ race over 2300 metres as well as Hezbuyindiamonds ($3.25) for the powerful Kevin Pizzuto barn in Race 5, the Asahi Claiming Pace over 1609 metres.

Another notable Menangle trainer-driver KerryAnn Morris is also back in action at Menangle today after a successful trip to Queensland with a small team.

Meanwhwile, with the Queensland border now closed, KerryAnn is back at her Menangle base and will share some of the driving with her husband and training partner Rob Morris.

KerryAnn will be hoping for an early strike when she drives promising filly Aldebaran Ursula for the stable in the opening race.

Given plenty of time to find her trotting feet, Aldebaran Ursula has had the benefit of six trials for five wins at Menangle and one third placing at Penrith.

By Swedish sire Yield Boko, Aldebaran Ursula is owned by KerryAnn’s mother-in-law Margaret Morris so she’ll be keen to earn some bonus points from the Team Morris matriarch.

KerryAnn will also drive Idle Hands, a $34 shot for Troy Williams in Race 5.

Seeking fame and fortune in the U.S.
McCarthy, Pizzuto eyeing a treble
BUTT’S THE MAN OF THE MOMENT
TODD TAKES THE HONOURS WITH A TREBLE
About author