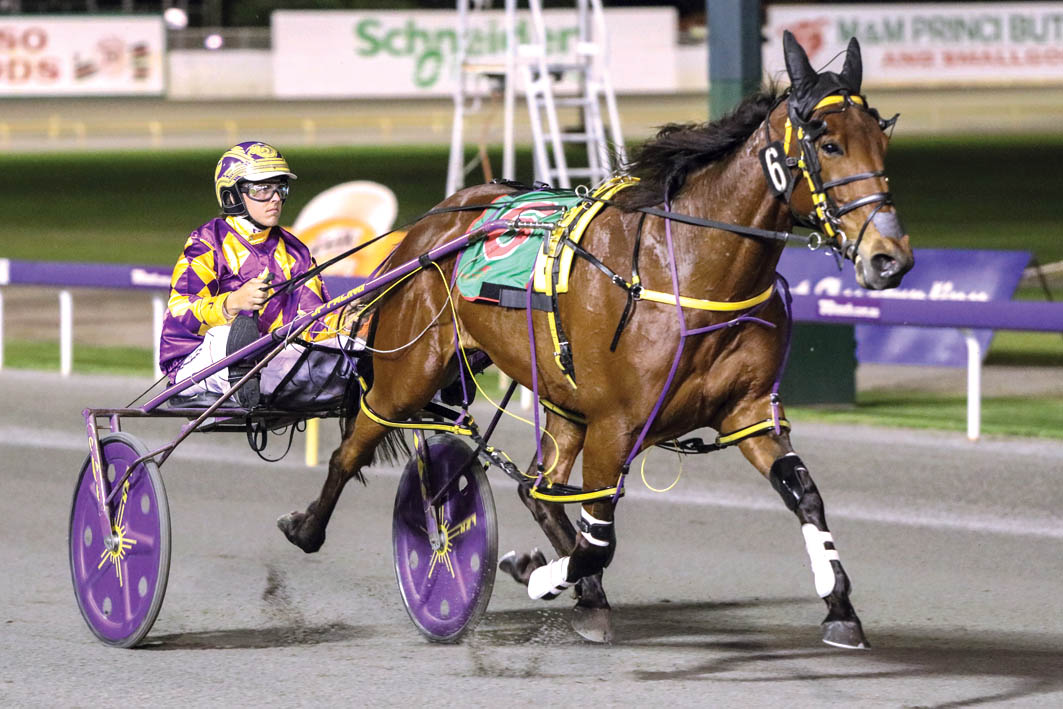 FORMER Western Australian mare Major Reality will be out to provide her new connections with a sentimental win at Tabcorp Park Menangle on Saturday...

FORMER Western Australian mare Major Reality will be out to provide her new connections with a sentimental win at Tabcorp Park Menangle on Saturday night.

Poised to make her debut for trainer Craig Cross, Major Reality has drawn barrier nine in the Baby Bling Stake.

Successful in Penrith during her first Australian run, Baby Bling registered her maiden Group One triumph later that season by annexing the 2011 Australian Oaks in Melton.

Limited to seven starts as a four-year-old, Baby Bling made a successful transition to open company the following year.

In what was a stellar campaign, the five-year-old captured the Group One Napean Mares’ Classic in Perth and the prestigious Miracle Mile in Sydney.

Performing admirably at the highest level at six, Baby Bling’s biggest win for the term came in the Group Two Robin Dundee Stake at Menangle.

Disappointing during her first run as a seven-year-old, Baby Bling was found to have a “hairline fracture in her back” and was immediately retired to stud.

She has a yearling daughter and weanling son by Somebeachsomewhere.

As for Major Reality, she is a strong chance of securing the Group Three according to Cross.

“She’s been training well and trialled nicely, so I expect her to go very close,” Cross said. “The others have fitness on her, but she is forward enough to win if things go her way.

“There are several good mares in solid form which have also drawn better than her, so won’t be an easy task.

“Whatever she does this week she will be better again the next time around and moving forward.

“Long term the Ladyship Mile is the aim with her as she is a quality mare.”