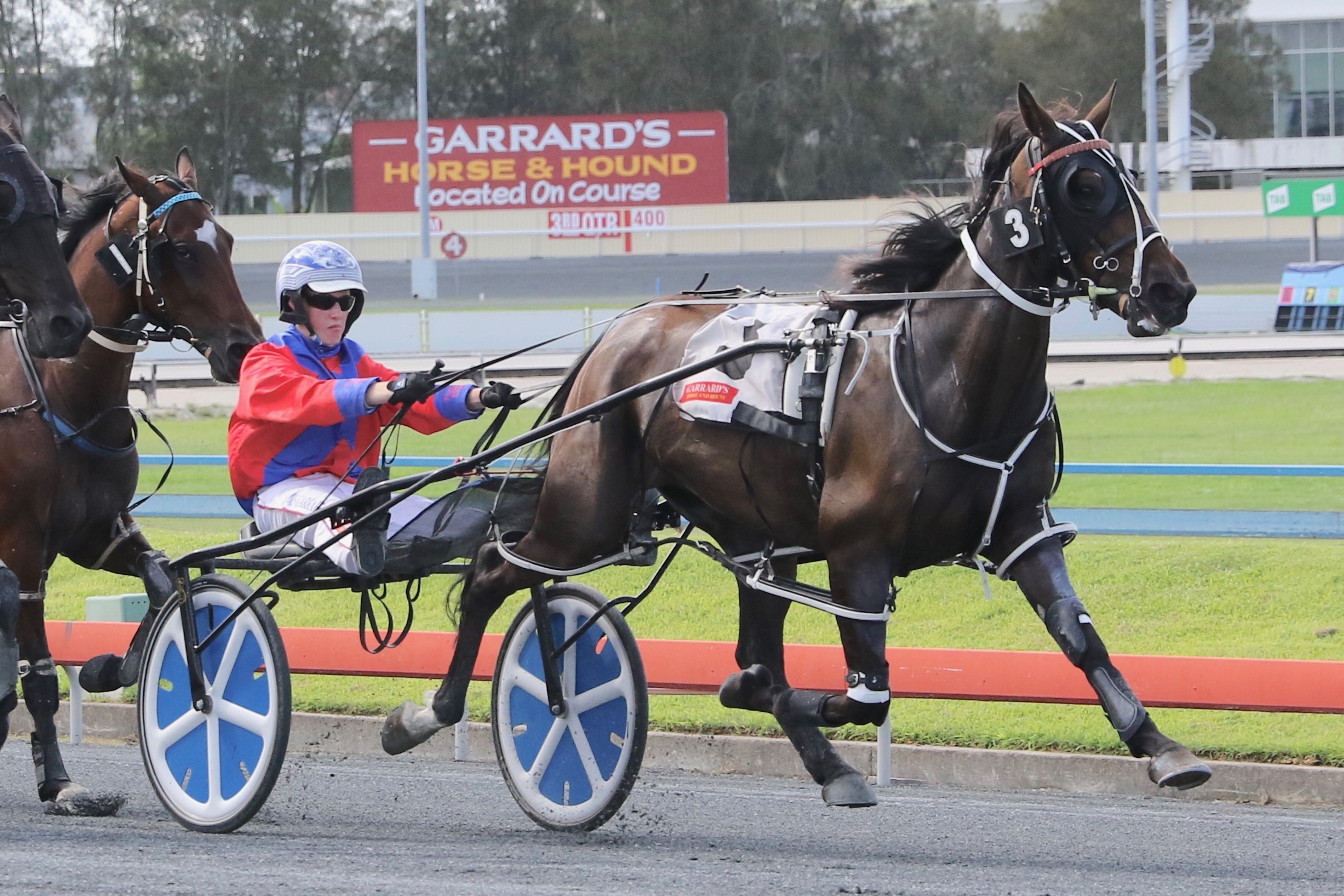 With The Band was an impressive winner at Albion Park.

New blood for ‘The Blaster’

Lutzys Dream, a three-year-old gelding bred by Yirribee Pacing Stud, won in 1:59.3 at Bathurst, while the four-year-old Flame Blaster won for the first time at Broken Hill.

Caribbean Blaster has sired 27 winners from 54 starters to date including 14 individual winners this season.

Other stud-sired winners were the three-year-old Wotdidusaaay (by Tintin In America), who won his fourth race from 10 starts at Charlton, and Camroller (by Million Dollar Cam), a 1:58.9 winner at Marburg, Queensland.

Undoubtedly the two star performers were Platinum Revolution, who made it six for six this season with her 1:55.1 effort at Newcastle, With The Band who notched her third win from as many starts in Australia at Albion Park (1:56.8) and Allwoods Treaty, a winner at Gloucester Park in a career-best 1:57.1.

Changeover led in a winning treble at Geraldine, New Zealand last Saturday including two ‘new’ winners in Lilac Change and Auchtercairn and the repeat winner La Bella Vita (1:57.5) and a double at Bathurst on Sunday with the three-year-old The Mustang (1:56.8) and Kash Us Back (1:57.4).

Winners all around the world
About author