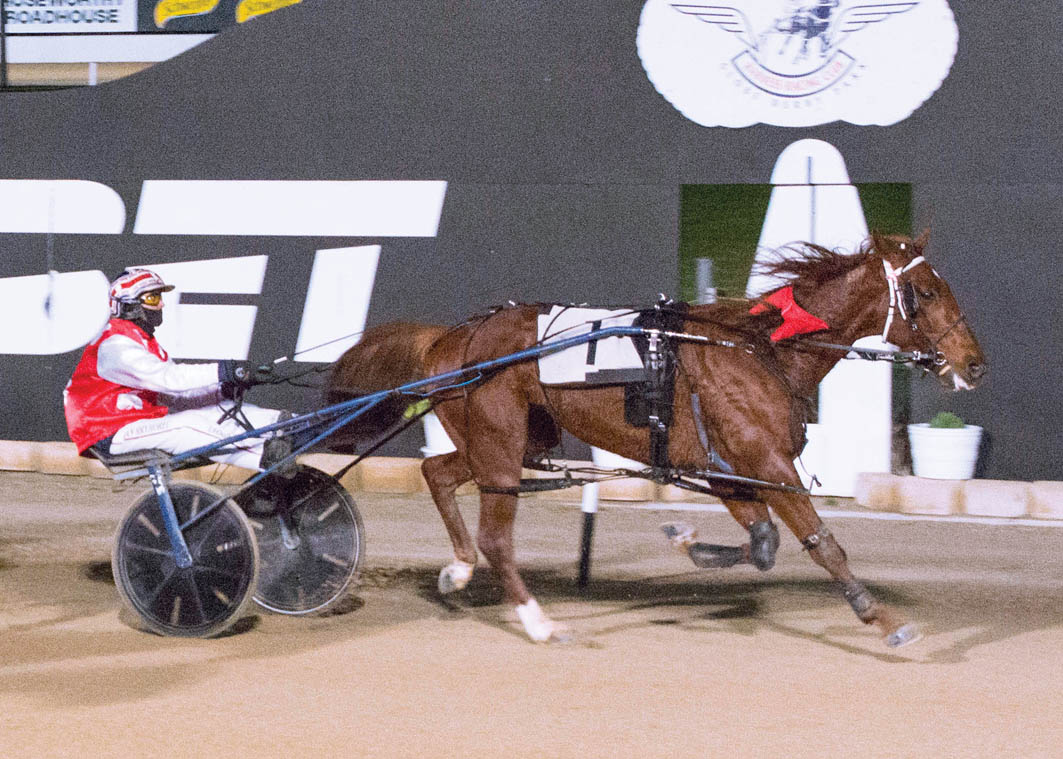 ASTUTE horseman Wayne Brodie is unsure whether he found the perfect way to purchase horses or if he got away with a fluke. Discussing...

ASTUTE horseman Wayne Brodie is unsure whether he found the perfect way to purchase horses or if he got away with a fluke.

Discussing Atomic Blue Chip’s chances at Port Pirie on Saturday night, Brodie reflected on how the gelding has developed into a bargain buy.

Having looked at the son of Browning Blue Chip as a potential buy, Brodie woke one morning to discover Atomic Blue Chip was now a member of his stable.

“I had a few beers one night and must’ve decided to buy him,” Brodie said. “I checked my phone in the morning and saw everything was arranged.

“I had thought he would be suited to South Australia leading up to the sale.

“So far he has been a great addition to the stable with two wins and two placings from five starts.”

Successful at his last start – which was also at Port Pirie – Atomic Blue Chip will be first-up for six weeks having suffered an injury during his win.

“Unfortunately at his previous run there was a false start and he ended up with a bit a gash from some interference,” Brodie said. “It didn’t look too bad initially, but turned nasty and I had to chop half his hoof away.

“He has come back great from the freshen-up and has been working a treating…even better than before.”

Brodie will also be represented earlier on the card by Any Suggestions, which is also returning from a setback.

Drawn to lead throughout from barrier three, the son of Life Sign hasn’t raced since his second at Port Pirie on August 25.

“He had a little setback in the last fortnight,” Brodie said. “He galloped on the Wednesday while I worked him, pulled a shoe and trod on it so I had to scratch him from that week, but previous to that he was in great shape.

“His work has been good since and he is ready to go.

“He’s got great gait speed and I expect him to go forward. He does his best racing in front and is a hard horse to get around when he’s leading.”

Exciting pair heading to Victoria
Patience rewarded with drought-breaking win
Scotch Notch sits at the top of this tree of great...
Mick Ko’cass with all the Late Mail for Bree...
About author