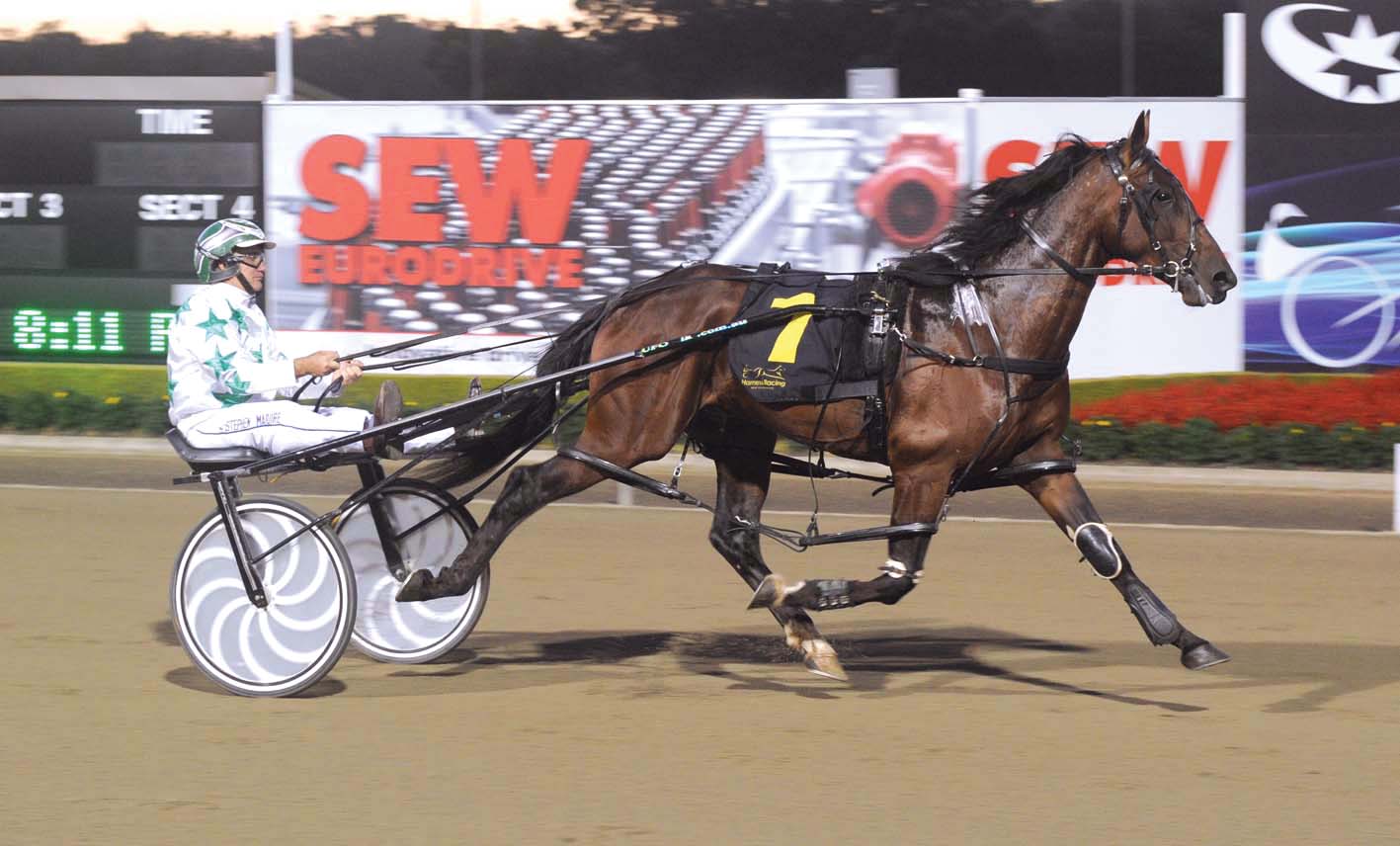 A TRIP across the Tasman to tackle New Zealand’s best has been tentatively booked for comeback pacer Bettermatch. Recently purchased by clients of Tim...

A TRIP across the Tasman to tackle New Zealand’s best has been tentatively booked for comeback pacer Bettermatch.

Recently purchased by clients of Tim Butt’s stable, Bettermatch has been nominated for the famed New Zealand Cup in November.

Stating Bettermatch will have to warrant a Shaky Isles campaign, Butt believes the son of Kenneth J has the potential to compete at the highest level.

“He’s very tough, a lovely horse,” Butt said. “He will get through the grades quite easily, but whether he has the class to be a Grand Circuit horse we’ll have to wait and see.

“I have nominated him for the New Zealand Cup but it’s only 50-50 that he will go.

“He gives the impression he would be suited the Cup’s condition.”

Due to make his debut for Butt at Tabcorp Park Menangle today, Bettermatch is the sole starter along the second row.

The six-year-old has won four of his five outings since returning from a three-year absence, with his record sitting on 10 wins and a third from 12 starts.

Despite his impressive tally and solid track record Butt feels Bettermatch is “vulnerable” from the draw.

“His work has been improving and he is a little underdone, but he’s got to start somewhere,” Butt said.

“I’d like to see him win but I won’t be too worried if doesn’t. He will go very well but it won’t be easy from the draw around Menangle.”