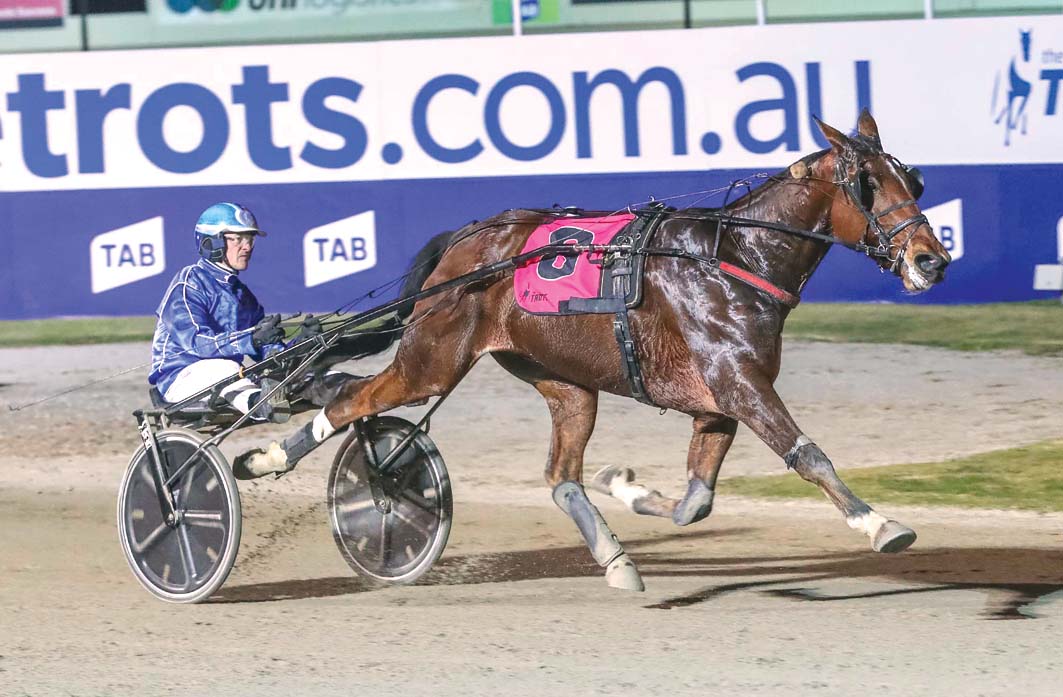 SAVE OUR PENNYS - Photo Stuart McCormick

No better way to celebrate anniversary

THERE couldn’t be a better way of celebrating three decades as an owner than winning Saturday night’s Inter Dominion! After 30 years of owning...

THERE couldn’t be a better way of celebrating three decades as an owner than winning Saturday night’s Inter Dominion!

After 30 years of owning standardbreds, Jerry Glavas will walk into Tabcorp Park Melton quietly confident he can experience the joy his first Group One success.

Although he has owned several top liner performers since the 1980s – such as Its Elliott, Dominion Red and Allwoods Chief – Glavas is yet to hold a top shelf trophy aloft.

Glavas co-owns Save Our Pennys, which is considered the ‘most likely’ to upset the favourites in the Trotters’ Final.

“I’ve been fortunate to own some pretty handy horses throughout the years,” Glavas said. “Its Elliott was my first horse in 1988 and he won 16 races for me.

“With Dominion Red being my second horse, I was pretty lucky to have such an entry into the sport.

“I’ve raced so many horses over the years, quite often with friends, and I’ve enjoyed every minute of it.

“I’ve also met so many top people and just love the game.”

Runner-up in his three heats – each time behind the favourite Tornado Valley – Save Our Pennys has the opportunity to break his bridesmaid status after drawing barrier three.

To be driven by master reinsman Gavin Lang, the son of Safely Kept is a $14 shot on TAB Fixed Odds, with Tornado Valley a $1.70 public elect despite drawing wide in gate six.

TAB have New Zealand raider Speeding Spur on the second line of better at $3.20 from the pole.

“You can try and work out how you think the field will settle over and over in your mind, but when the mobile lets them go, there are so many different scenarios,” Glavas said.

“The most likely outcome will be Speeding Spur holding up from the pole and Tornado Valley being on his outside.

“If that’s the case, hopefully Save Our Pennys is somewhere right on their tails.”

Along with the estates of Rob Sleep and Geoff Lucas, Glavas co-owns Save Our Pennys with the gelding’s trainer, Graeme Lang.

Lang is no stranger to Inter Dominion glory having captured the Championship with Scotch Notch in 1983 and ’85.

“I’ve had horses and become close friends with Graeme for 30 years,” Glavas said. “Not only is he a true gentleman, he is a genius horseman.

“During all my time with Graeme, whatever he has said I should do, I have done… as I know he is a champion of his craft.

“As much as I’d enjoy winning the Inter Dominion, I’d love to see his name on the honour roll one more time.”

Rocky delivers knock-out blow in Championship bout
Infrangible bond between trainer and mare reaps re...
Group One winner primed for racing return
Dan lives and breathes just for being on track
About author