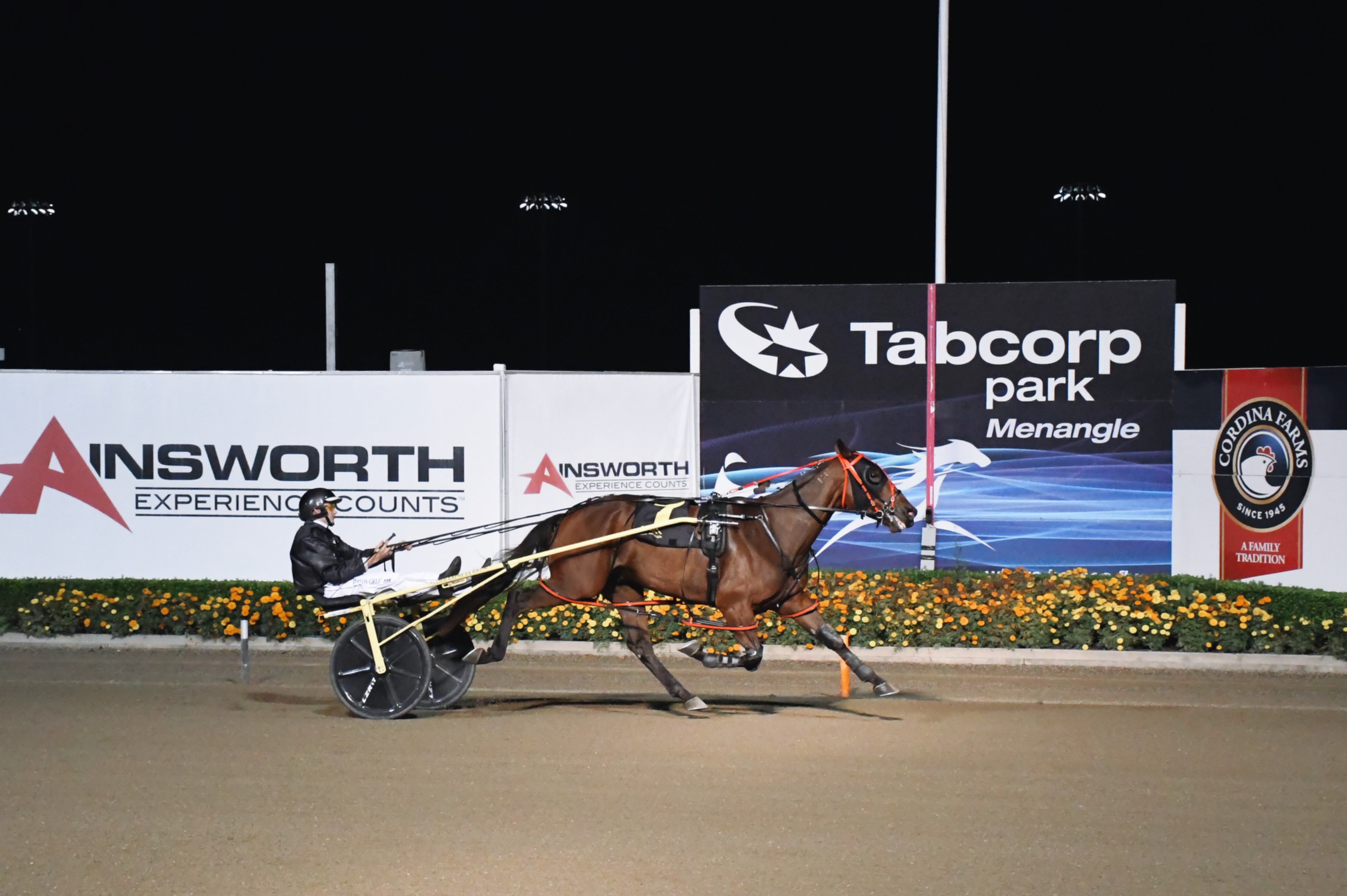 No ‘blues’ with this Green

Lleyton Green2
BLINK twice and you may have thought it was Luke McCarthy or even Gavin Lang in the sulky. And he might be only 16-years-old...

BLINK twice and you may have thought it was Luke McCarthy or even Gavin Lang in the sulky.

And he might be only 16-years-old but Lleyton Green showed the coolness of a much older head as he brought Prince Syntax with a beautifully-timed run to score his first Menangle win on Monday night.

The former Queenslander has found a happy home with the powerful Kerry and Dean McDowell stables at Wallacia.

And while many reinsmen and women can only ever dream about landing a winner at Australia’s premier harness racing track, Green is already setting his sights on a double . . . now that he has scored that breakthrough win.

“Yep, it was a great feeling,” Green said.

“I knew we had them beaten in the straight so I didn’t get too carried away . . . I didn’t want to knock him around for no reason . . . so we coasted home.”

“Obviously I work for Kerry McDowell and this horse has been working well at home and I thought he would go well with a sit.

“I’ve always really liked him – it has just taken him a while to get to peak fitness.

“I knew we were travelling well and I knew I was pretty-much home – so there was no point flogging him.” (Another Gavin Lang trait . . . just do enough to win!).

Green explained that stable foreman Dean McDowell was always helping him out with different ideas with his driving.

“Dean told me to go back and come with one run, which we did, and we were too good for them,” Green said.

It almost could have been a double as Tapthekeg, trained by his brother Hayden, finished fifth after being well-backed in the following race.

“Tap The Keg just couldn’t make ground after a 30.2 second quarter and its hard to make ground from that,” Green  said.

Green explained how he came into harness racing as his grandfather had horses raced with Peter Morris and Norm Murray while his father Phil Green and brother is Hayden Green, who trained Tapthekeg were also involved in the sport.

While he only turned 16 in February, Green says the best horses he has sat behind, so far, are probably Prince Syntax and Weona Luke.

But he says the McDowell stable, which has about 30 horses in work, boasts a few nice ones amongst those, as well.

“We have three stablehands as well as Kerry and Dean – so five of us work the team,” Green says.

“And Colin (McDowell) comes over some Saturdays and drives some trackwork with us as well.

“He’s terrific; he’s always helping out with ideas for driving.

“They’re such a great family and they’ve helped me a lot in my career.”

Green hails from near Redcliffe, but moved south of the border, to Glenmore Park to further his career.

“I do miss the weather,” Green joked.

“But yes, I suppose the Melbourne weather would be worse than this.”

“I’m only 16 – but you do dream about winning a race at Menangle and this was so good.

“Hopefully I can go on with it now.”

A winning double – and he’s still only...
About author