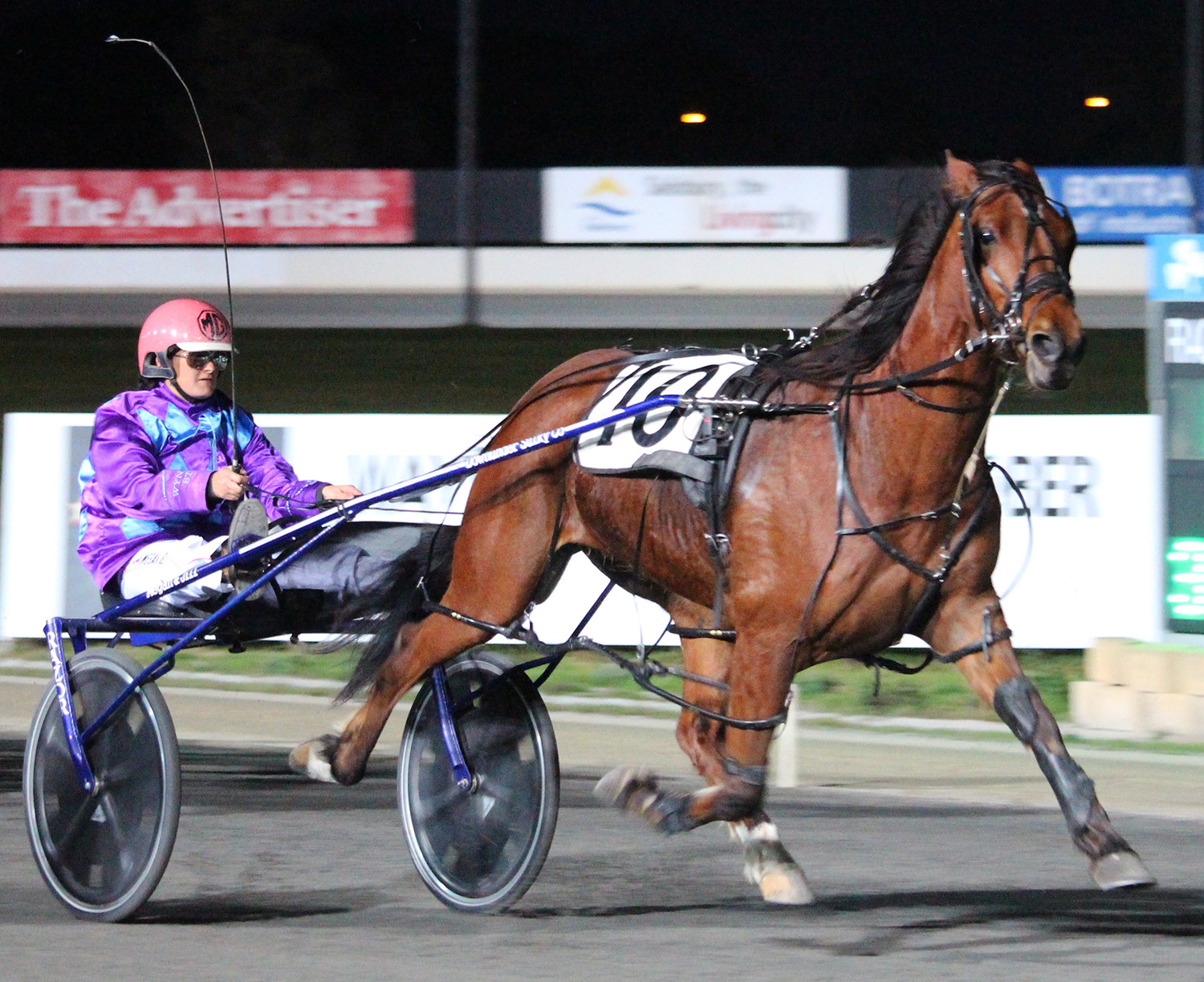 No major plans for Marty

LAST night’s Globe Derby winner Marty Major will be asked to continue to do what he does well – race in consistent fashion. With...

LAST night’s Globe Derby winner Marty Major will be asked to continue to do what he does well – race in consistent fashion.

With no specific plans in mind for the son of Art Major, trainer Jill Neilson will simply aim Marty Major at suitable races as they become available.

“He doesn’t win often, with three wins from his last 32 starts, but he is always thereabouts,” Neilson said. “In those same 32 starts he has run 21 placings which shows how consistent he is.

“His previous couple of starts had been particularly good and from the draw I thought he would be very hard to beat last night.

“It was great to see him come away with another win.”

Driven by popular reinsman Wayne Hill, Marty Major began quickly to lead from barrier two, with his main danger, Manly Mach, trailing him from the pole.

Forced to dig deep along the home straight, the gelding staved off a late charge from Manly Mach along the sprint lane to score by a half-neck.

“I felt if he could find the lead he would prove too hard to run down,” Neilson said. “The runner-up was always going to be the biggest worry but he was able to hold the other one off.

“Wayne drove him perfectly by getting that slow middle half and it set up the win.”