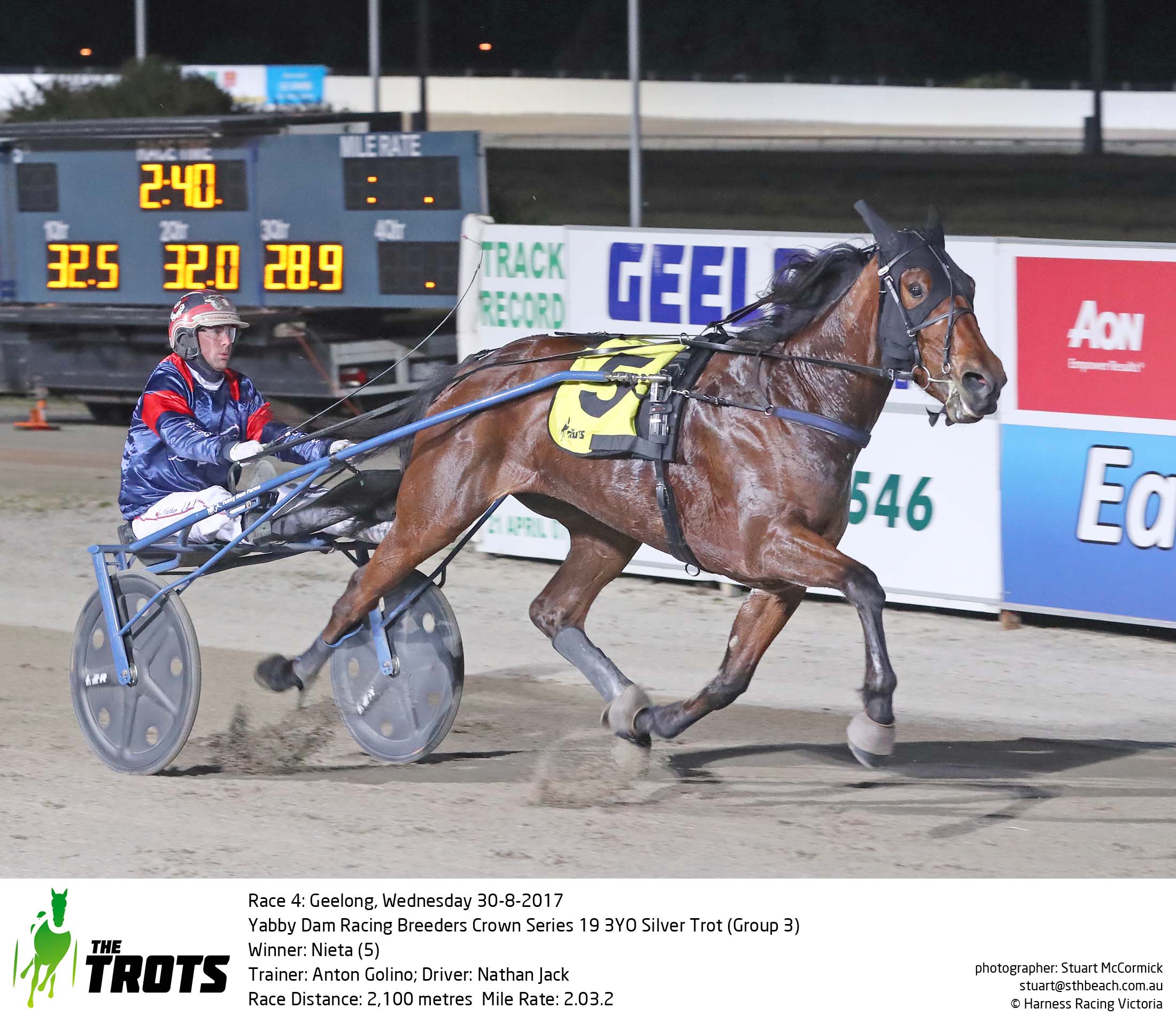 No need to worry

THE fortunes of favourite backers appeared to go from chocolates to boiled lollies around the home turn in the Yabby Dam Racing Breeders’ Crown Series Silver Trot at Geelong last week.

The $2 popular elect Nieta opened up what appeared to be a winning lead around the final bend before her main danger Star In Sight quickly gathered her in on straightening.

Nieta quickly regained her concentration and grabbed the bit before careering away to score untouched by 15 metres from Tuscan Dawn, with Star In Sight fading to be seven metres away third.

“She felt as if she broke stride momentarily and lost her momentum,” driver Nathan Jack said. “But when she got her mind back on the job she put a gap in them in the straight.”

The Anton Golino-prepared three-year-old is bred to be a star being a daughter of Muscle Mass and La Biscuit, which is a daughter of five-time Group One winning mare La Coocaracha.

Later in the evening the French-bred mare Destinee Jenilou completed a stable double when she led throughout in the Devcon Properties Trot.

Although easy in the betting ($1.90 to $2.50), Destinee Jenilou and driver Zac Phillips made every post a winner when the $1.90 favourite, Matatoki, galloped at the start giving the leader a 60-metre start.

Despite rolling out to the centre of the track along the home straight, Destinee Jenilou cruised to the line holding a four-metre advantage over Cargerie, with Sumo Grin 12 metres away third.

The impeccably-bred squaregaiter has won two of her three starts – after galloping in her debut at Maryborough and taking no part in the race.

Golino stated Destinee Jenilou has plenty to learn about her ringcraft.

“She almost got her head under the mobile at Maryborough,” Golino said. “I know she is a four-year-old, but she is only a baby in racing terms and has so much to learn.

“She tends to lay in and then she wanted to roll out in the straight.”