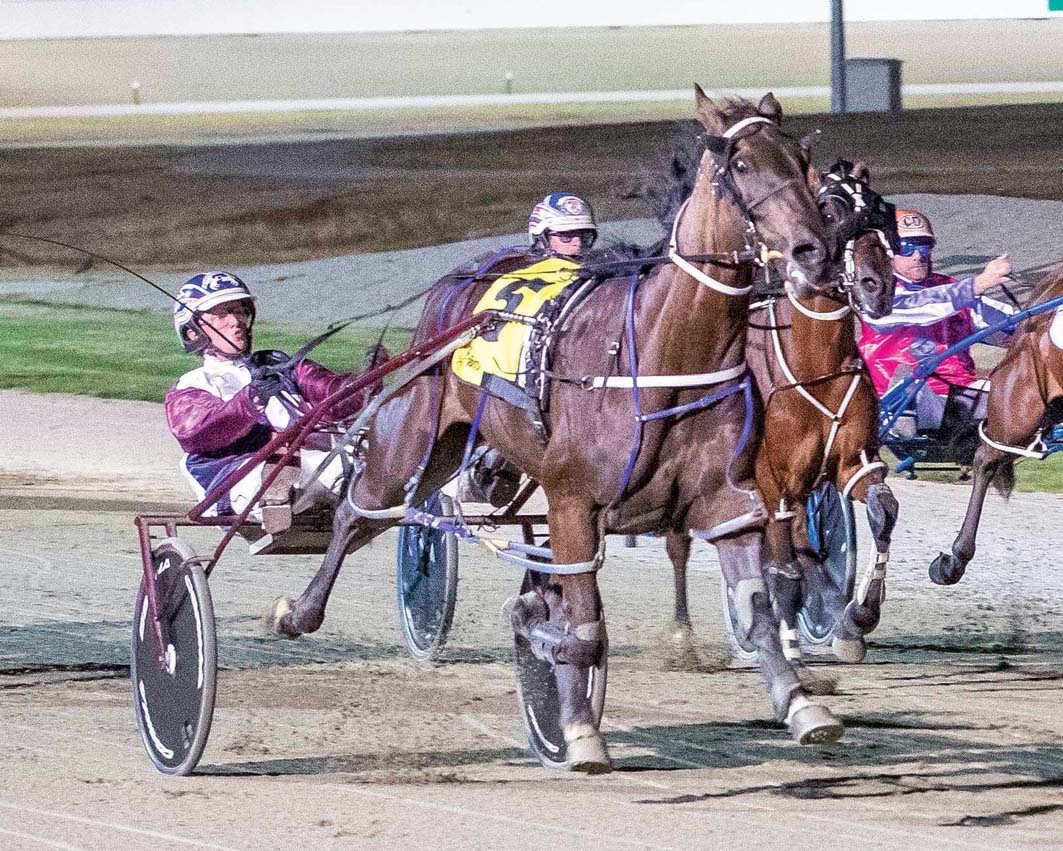 No weekend sport…why not drive nine hours to race instead!

WHEN you’ve got a weekend off from your kids’ sports what else is there to do other than drive nine hours for a race?...

WHEN you’ve got a weekend off from your kids’ sports what else is there to do other than drive nine hours for a race?

That’s what Wayne Ronan decided to do this weekend!

With his son Connor having a bye for cricket, Ronan elected to enter in-form mare Topsies Delight at Tabcorp Park Menangle on Saturday night.

As such the trio will undertake the long drive from Ballarat to the world class venue.

“She is in top form so I thought I’d give her a crack at Menangle,” Ronan said. “Connor has a week off from cricket so it was more his idea.

“It’s just a nice casual nine hour drive to get there.”

With Connor to take the reins, Topsies Delight has drawn barrier three over a mile.

The daughter of Betterthancheddar, which has two wins and two seconds from her last four starts, slots into gate two with the removal of the emergency.

“Her last few starts have been really good,” Ronan said. “At her last run still had plenty to give on the line so hopefully she can carry that form to Menangle.

“She is a good short course mare, which struggles over a bit more distance, so the sprint and bigger turns at Menangle should suit her.

“I give her a chance from the draw, but I’ll be happy if she can be finishing off nicely.”

With the prospect of Topsies Delight thriving around the 1400-metre circuit, there is a chance the five-year-old will remain in New South Wales.

“If she goes well enough I may leave her there,” Ronan said. “It could give her a chance to win a race or two and get a quick time next to her name.

“Otherwise I will bring her home and find suitable mares’ race, which isn’t easy given the programming.”