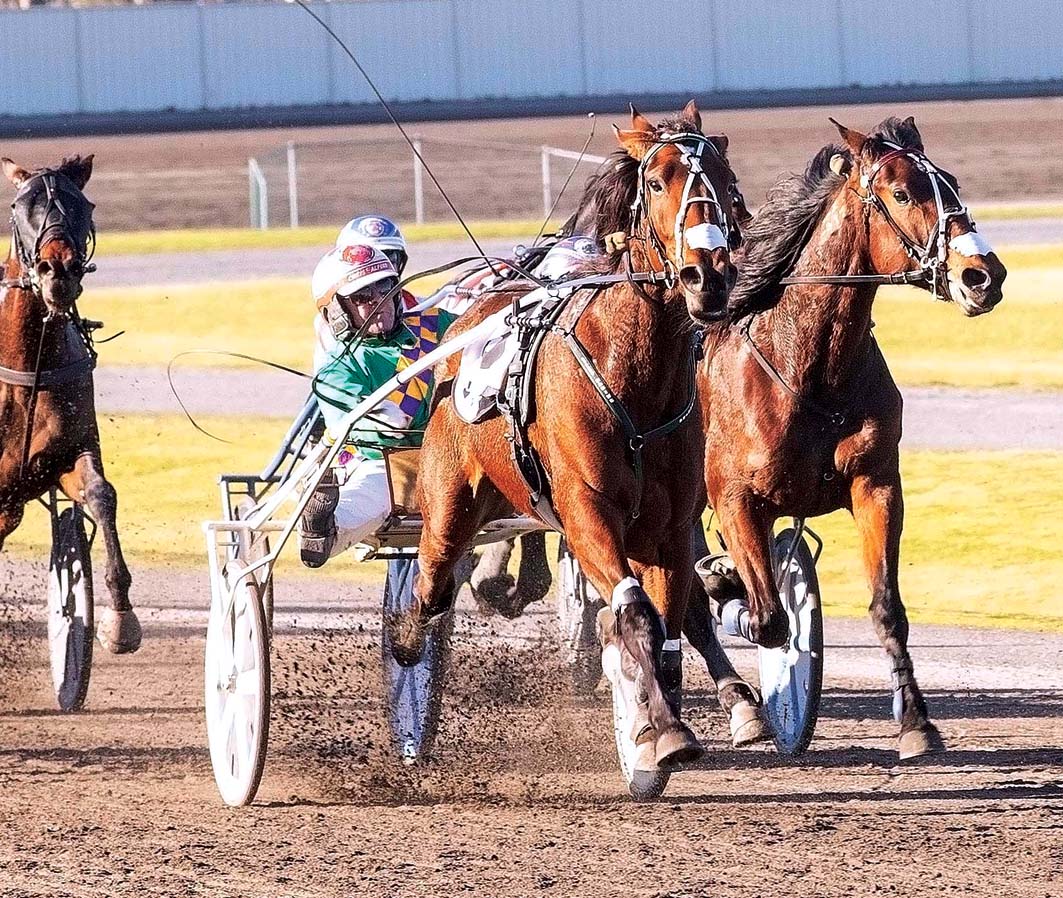 No stress despite tight finish

WITHIN minutes of Stress Factor’s Blue Riband success at Maryborough today trainer Brent Lilley turned his attention to another Group One. Proving too good...

WITHIN minutes of Stress Factor’s Blue Riband success at Maryborough today trainer Brent Lilley turned his attention to another Group One.

Proving too good in the Victoria Trotters’ Derby, Stress Factor has been aimed at the upcoming Breeders’ Crown.

Heats of the futurity are scheduled to be conducted at the same venue on August 16 leading into the Final at Tabcorp Park Melton nine days later.

Unbeaten from two Australian starts, Stress Factor is the early favourite for the $70,000 feature.

“I’ll let him have a quiet day or two then we’ll be back here for the Breeders’ Crown heats,” Lilley said.

“All going well he will be in the Final a little over a week later.

“After that he will go for a spell and hopefully be able to make his way through the grades next season.”

Driven by record-breaking reinsman Chris Alford, Stress Factor worked to the lead from barrier three before scoring by a head from the fast-finishing Kyvalley Finn, with Scallywag Sam four metres away third.

“It got close at the end, but he got the job done,” Lilley said. “I’m very happy with him and expect him to be hard to beat in the Crown.”

Rating 2:03.3 over 2690 metres, the son of Majestic Son provided Lilley with the closing leg of a quartet.

Earlier on the card Lilley was successful with El Paco, On Fast Forward and Kyvalley Blur.