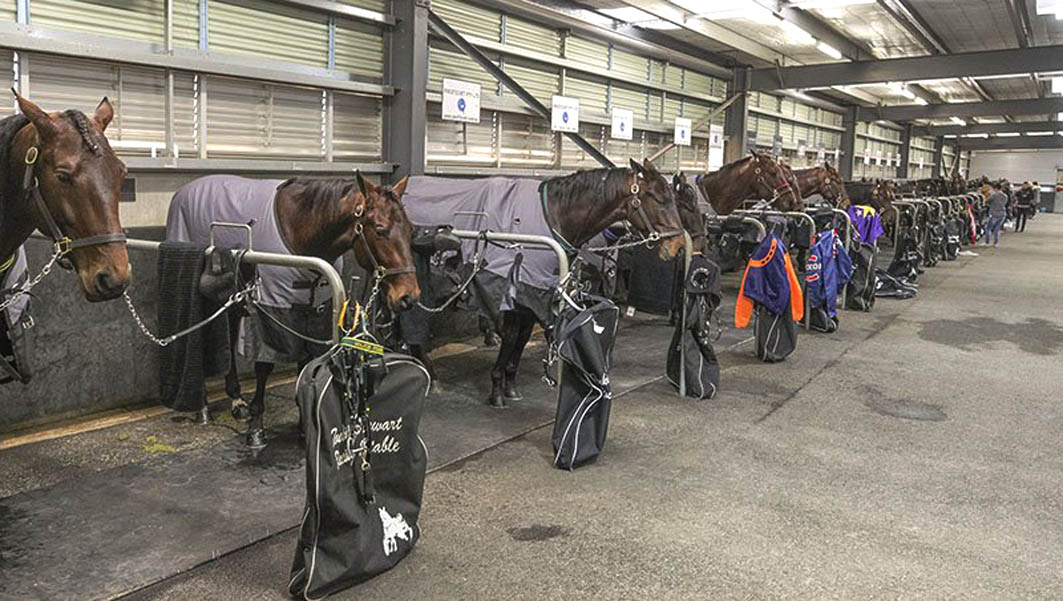 No surprises in opening semi-finals

GIVEN the trend which has unfolded during this season’s Vicbred Super Series, there have been no surprises in the results of the two opening...

GIVEN the trend which has unfolded during this season’s Vicbred Super Series, there have been no surprises in the results of the two opening semi-finals at Tabcorp Park Melton tonight.

Having dominated the heats of the three age groups – winning 16 of 22 qualifiers – Emma Stewart trained the first pair of this evening’s winners.

Driven by Mark Pitt, Two Times Better overcame the inside of the back row to score from Major Kiss and Our Road To Mecca in the opening event on the card.

Also triumphant in her heat, the daughter of Bettors Delight stretched her record to four wins and a second from six starts by rating 1:57.5 over 2240 metres.

“She is a pretty nice filly,” Pitt said. “If she can get the right draw and the right run in the Final, she is going to be very hard to beat.”

Stewart then combined with Chris Alford, who partnered Kualoa to glory in the second semi for two-year-old fillies.

Also coming from the inside of the second line, the daughter of Art Major accounted for Soho Nolita and Larajay Macray in 1:57.4.

Two Times Better and Kualoa are two of 29 runners Stewart has across 12 semis.

Superstar squaregaiter sidelined
Bonnet a perfect fit for Girl From Oz
Is embattled club up ‘that’ creek without a paddle...
Breeders’ Crown contenders can breathe easier
About author