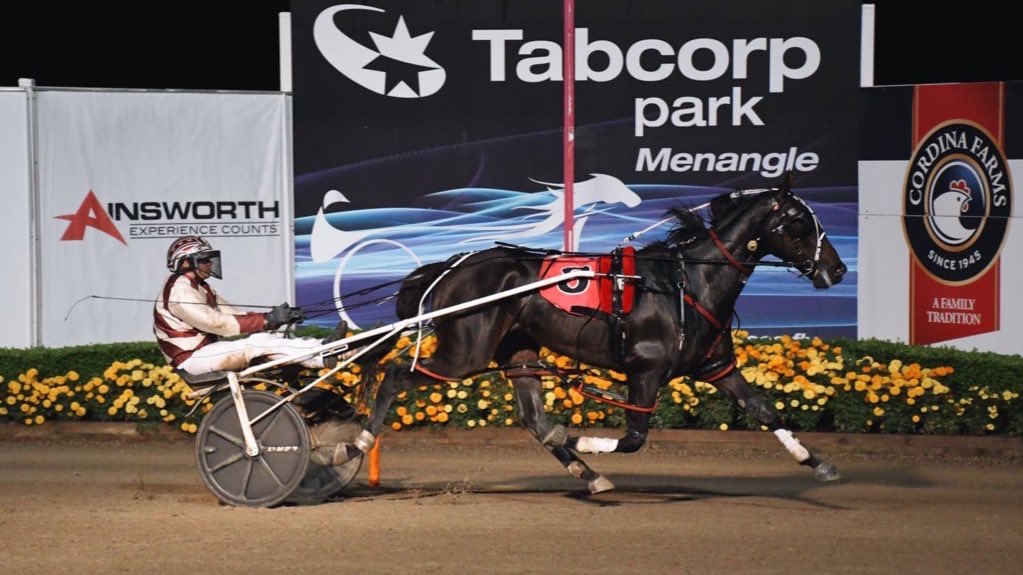 Not a bad strike rate

Riley Butt6
BUOYED by his first winning race drive just a few days ago, 17-year-old reinsman Riley Butt is ready to add to his strike rate...

BUOYED by his first winning race drive just a few days ago, 17-year-old reinsman Riley Butt is ready to add to his strike rate at Menangle tonight.

That was after a couple of disappointing efforts a week ago when unplaced on two of his father’s team, Jaffa and Superbass.

Yet the talented young reinsman will be back in action at Menangle today and will be hoping for a bit more luck in running.

“The first one (Jaffa) just couldn’t get out to get a crack at them last week,” said Riley.

“And my second drive, Superbass, just had to work too hard to get into the race and that took its toll.”

Still Riley said Tim, and indeed the rest of the Butt clan, were thrilled with his initial driving success.

“Yeah, Dad was pretty proud and happy when I came back a winner,” said Butt.

His first task will be to extract the best from handy mare She Envy in the opening race, with the $4.50 third favourite faced with a tough task after drawing the outside of the front line.

He will then have to cool his heels for about three hours before harnessing up his next drive, Awesome Ollie, who is also drawn wide and comes out of gate seven in Race 8.

Ironically Riley’s uncle, Anthony Butt is drawn right beside him, in eight, with the odds-on favourite Endeavour Stride.

While Awesome Ollie, who has had just two starts in New Zealand, for two unplaced efforts, will be hoping to keep Anthony busy, a quinella would be the perfect family result.

Meanwhile the rest of the program offers plenty of value with possibly the stand-out bet being the KerryAnn Morris trained and Robbie Morris-driven Petes Big Jim in Race 2.

Listed an early favourite at $2.75 in Telegraph markets, Petes Big Jim has two wins and four placings from eight starts this season and looks the likely leader after drawing gate four on his home track.

Team Morris will be hoping for at least a double tonight as they also have one of the early favourites, Awayovernight in Race 5 and although the former Kiwi pacer is yet to win in 10 starts this season, does have a good overall record and can improve markedly tonight.

This youngster’s bred ‘in the purple&#...
Riley quick to make his mark
Rookie Riley looking for a double
End of the road for a Miracle Mile ‘supersta...
About author