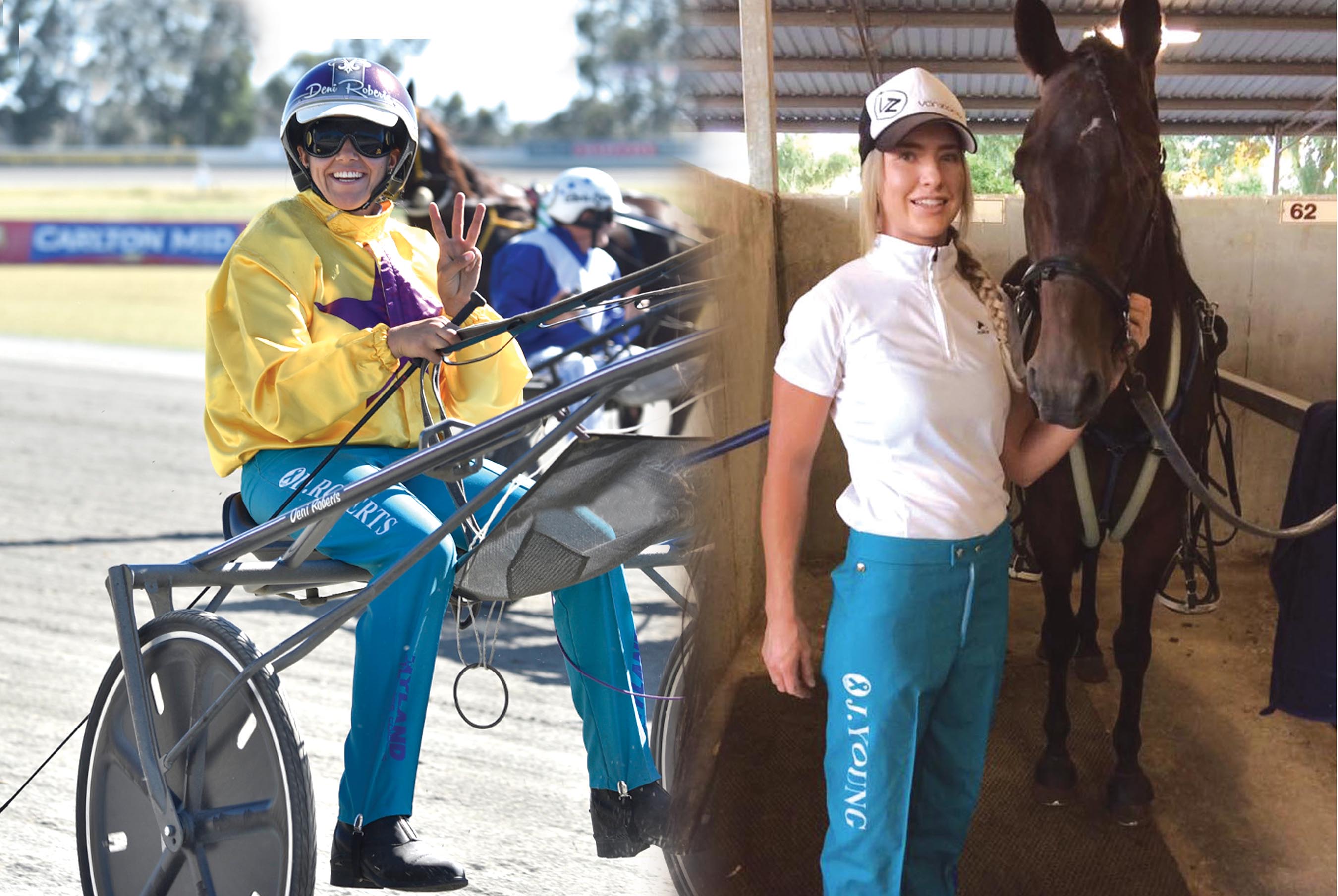 Not making the trip for nothing!

BE WARNED, Deni Roberts and Jocelyn Young are not making the long trip to Tasmania for nothing! In what will be their interstate debuts,...

BE WARNED, Deni Roberts and Jocelyn Young are not making the long trip to Tasmania for nothing!

In what will be their interstate debuts, the pair are set to venture across the Nullarbor for Sunday’s Australian Female Drivers’ Championship.

Roberts and Young will represent Western Australia as they compete against a host of the nation’s leading reinswomen in a nine-race series in Launceston.

“I’m really looking forward to it,” Young said. “I’ve been keen to drive in another state, and I’ve never been to Tassie, so it should be a wonderful experience.

“It will be great to drive against some of the best female drivers.”

Roberts echoed Young’s sentiment, while also stating the overwhelming joy of being selected to represent her state.

“It should be an amazing night,” Roberts said. “It’s my first time driving outside of Western Australia, so that will be an experience in itself.

“To be chosen to wear the Western Australian silks is a huge honour and hopefully I can do them proud.”

Admitting to giving the form a perusal, Roberts is quietly confident she can make an impact on the scoreboard.

“I’ve got a couple of handy drives and draws,” Roberts said. “I’ll just be hoping for luck on the night.”

Young on the other hand is relying on some inside information.

“I don’t know a lot about the form in Tasmania, but I do have a secret helper from Tassie filling me in on the form,” Young revealed. “I just hope they know what they’re talking about!”