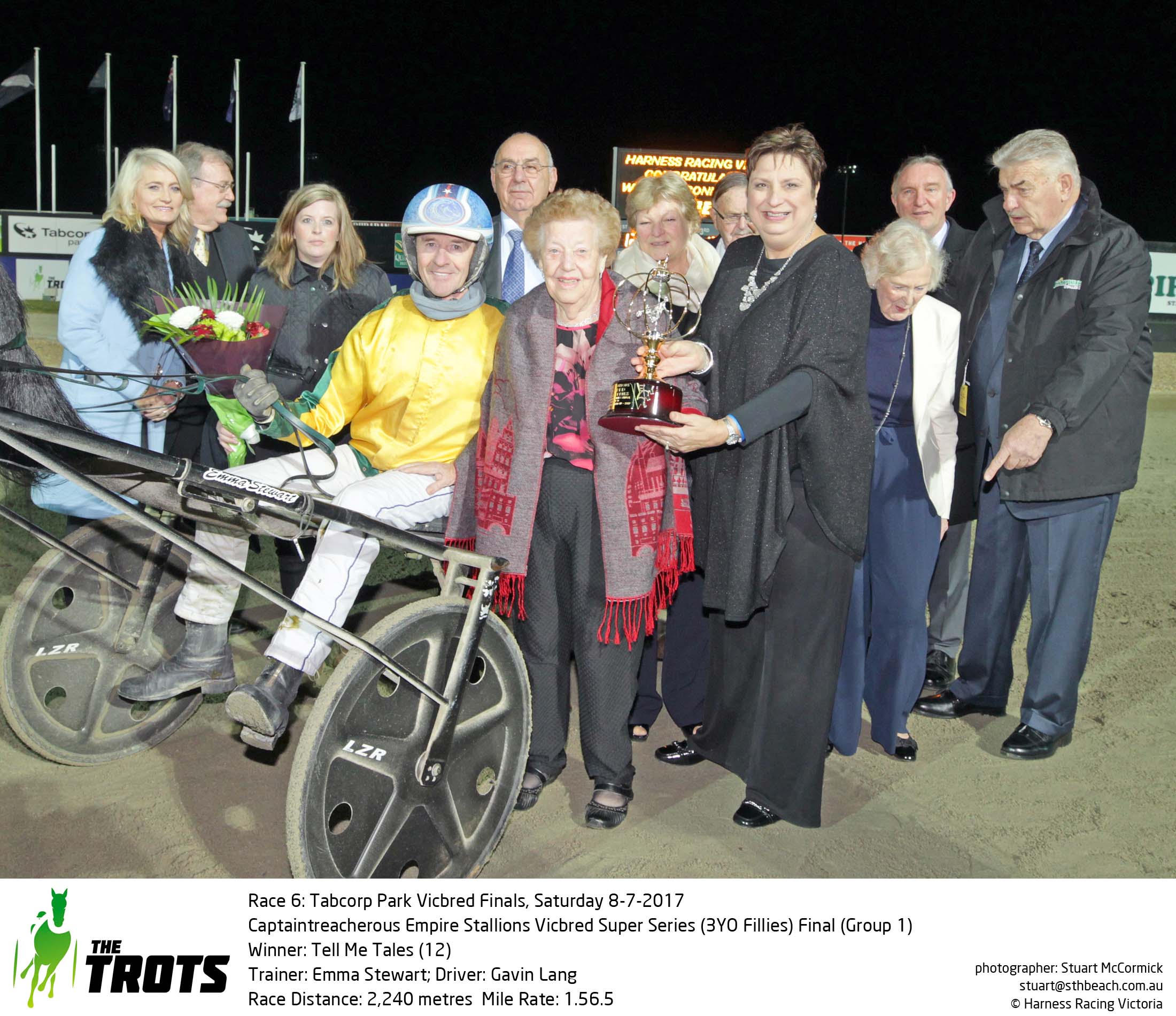 CHAMPION reinsman Gavin Lang could easily assume the moniker ‘Group 1 Gav’ The 59-year-old is unofficially credited with almost 100 Group One wins to...

The 59-year-old is unofficially credited with almost 100 Group One wins to his name so it was appropriate he chalked up his 6000th win behind Tell Me Tales in the Group 1 Empire Stallions Vicbred Super Series (3YO Fillies) Final at Melton last Saturday night.

Despite winning four of her previous six starts, Tell Me Tales was sent out a $12 chance from her second row draw behind the $1.70 favorite Petacular and Miss Graceland ($2.60). 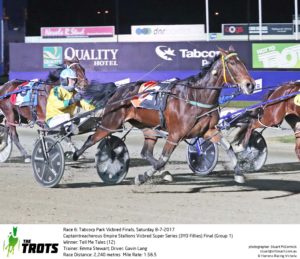 Miss Graceland speared straight to the lead from her favorable front row draw but tended to over race in the middle stages as she opened up a 10 metre gap on her rivals headed by Petacular with a lap to travel.

Michael Stanley attempted  to steal a winning break around the home turn on Petacular who straightened well clear of her rivals with both Carlas Pixel and Tell Me Tales emerging from the ruck to give chase.

With Lang driving like a man possessed, Tell Me Tales produced a withering burst in the home stretch to get up and score by a metre from the favorite with Carlas Pixel four metres away in third place.

The daughter of Tell All has now won five of her seven starts since joining the powerful Emma Stewart earlier this year.

“Everything worked out well for her,” Lang said.

“When the barrier came out it wasn’t one you would have chosen if you had the choice, but it looked as if it would be a genuinely run race and that’s what you require when you are drawn badly,” he said.

Lang said the winner has emerged as among the best of her age this season.

“She’s got progressively better each run Clayton and Emma have given her,” he said.

Lang admitted he felt a sense of satisfaction reaching the milestone.

“I’m quite happy to achieve this tonight especially for these guys, these colours have been good to me for a lot of years now.”