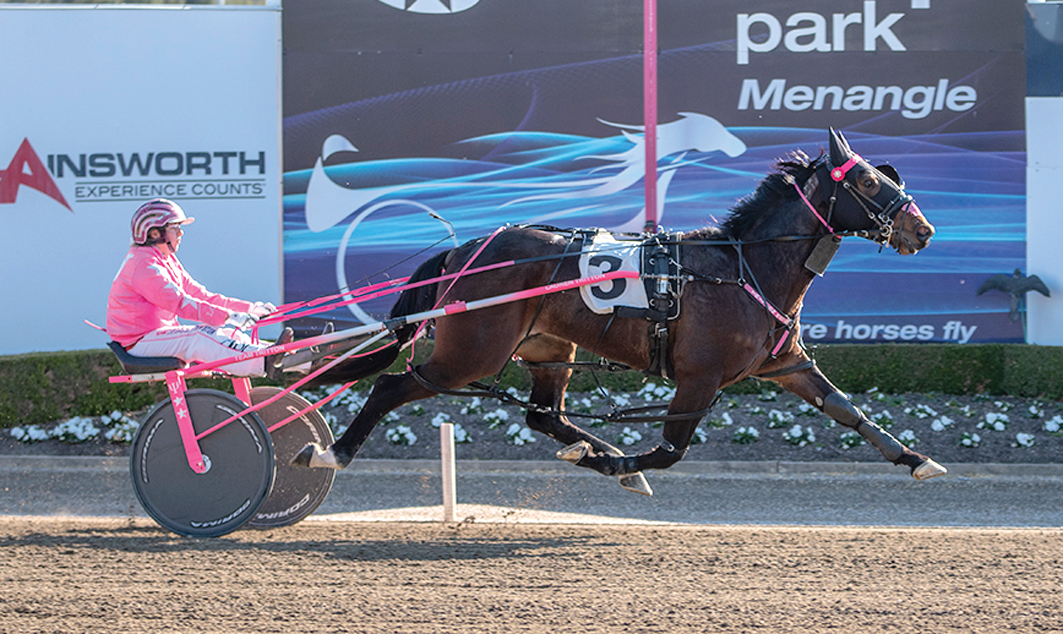 A FORTNIGHT ago when phoned in relation to a separate matter trainer Shane Tritton was more interested in talking about an unknown youngster which...

A FORTNIGHT ago when phoned in relation to a separate matter trainer Shane Tritton was more interested in talking about an unknown youngster which had just trialled at Tabcorp Park Menangle.

Fast forward to this afternoon’s program at the same venue and it’s become quite clear why Tritton was so focused on the gelding.

Making his debut for the premier stable, Gods Spirit led throughout from barrier three to score winding down by 26-and-a-half metres from his stablemate, Bettor Be Noisy.

Gentle Giant, which trailed the leader, was five metres away third.

As impressive as the three-year-old’s margin is, Gods Spirit covered the mile in 1:51 in just his second start and first since last December.

Then there is the fact co-trainer Lauren Tritton had a firm grip on the reins as they crossed the finish!

“He is a pure excitement machine,” Tritton said. “He won by 26 metres in a quick time and wasn’t out of second gear.

“He is even better than what he showed today. Usually he is keener, but today was very relaxed and only did what he had to do.

“He would break 1:50 now if you asked him to and he’s only had one start in eight months.

“Before he got here he had one start and eight trials in New Zealand and won them as well.”

With no major short term plans in mind for the son of Tintin In America, Tritton revealed next season’s Chariots Of Fire has been set out as Gods Spirit’s main priority

“We will race him through the grades during the next six month with the Chariots Of Fire the only target we have in store for him,” Tritton said.

“He is pure speed, a real excitement machine, and I struggle to say I’ve had a faster horse.

“On ability and speed he could be anything, but he’s still got to get out there and get the job done.”

Get the cash with Kocass!
NEWS just keeps getting better for ‘purists’.
Randos are the perfect partnership
Callaghan in for a busy night at ‘The Big M&...
About author