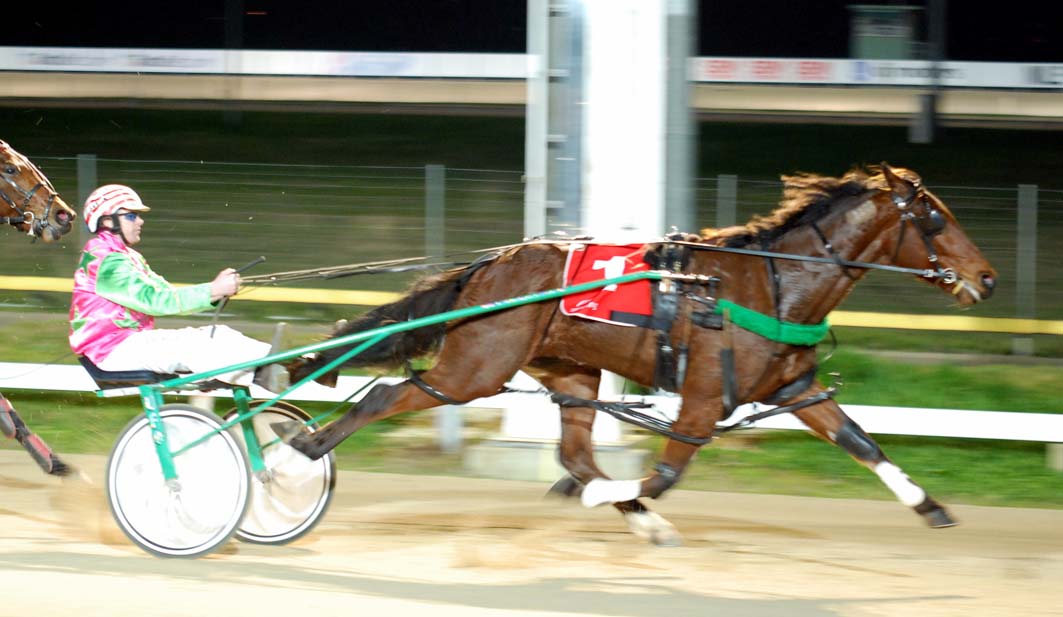 Numbers point to one conclusion

FOR those who love to punt by numbers, here are a few reasons why Resurgent Storm will win Friday night’s Dandy Patch Final. The...

FOR those who love to punt by numbers, here are a few reasons why Resurgent Storm will win Friday night’s Dandy Patch Final.

The obvious indicator is the son of Betterthancheddar is the favourite…but the pattern goes further.

Unbeaten from three starts, Resurgent Storm has only raced at Hobart – the scene of the $40,000 decider.

In each of those outings the Roger Whitmore-trained freshman has begun from barrier five – the same draw he has faces in his pending engagement.

His older half-brother Resurgent Spirit was also undefeated leading into – and after – the Dandy Patch Final!

“He certainly has everything going for him,” Whitmore said. “Hopefully it can all stay as it is after the Final.

“It’s unbelievable he can keep coming from five, but it’s worked out so far and hopefully it will again.

“I’ve got him fitter than ever and he has certainly improved since his heat. I couldn’t be happier with his condition.

“I think he can match his half-brother by winning the heat and Final.”

With the two-year-old eligible for the Australasian Breeders’ Crown in August, Whitmore is yet to decide if he will target the futurity.

Resurgent Spirit won his Crown heat before being sent for a well-deserved spell.

“He’s in the Crown, and it would be a bit silly not to have a go at the Tasmanian heat, but they haven’t put out a date for it yet,” Whitmore said.

“So I’m not sure if I will keep him work for another month or so just for that.”

Minstrel primed to put on a good show
Smooch being primed
Rising star has Final on a silver platter
HAPPY CAMPERS: Dani and Brooke celebrate her extra...
About author