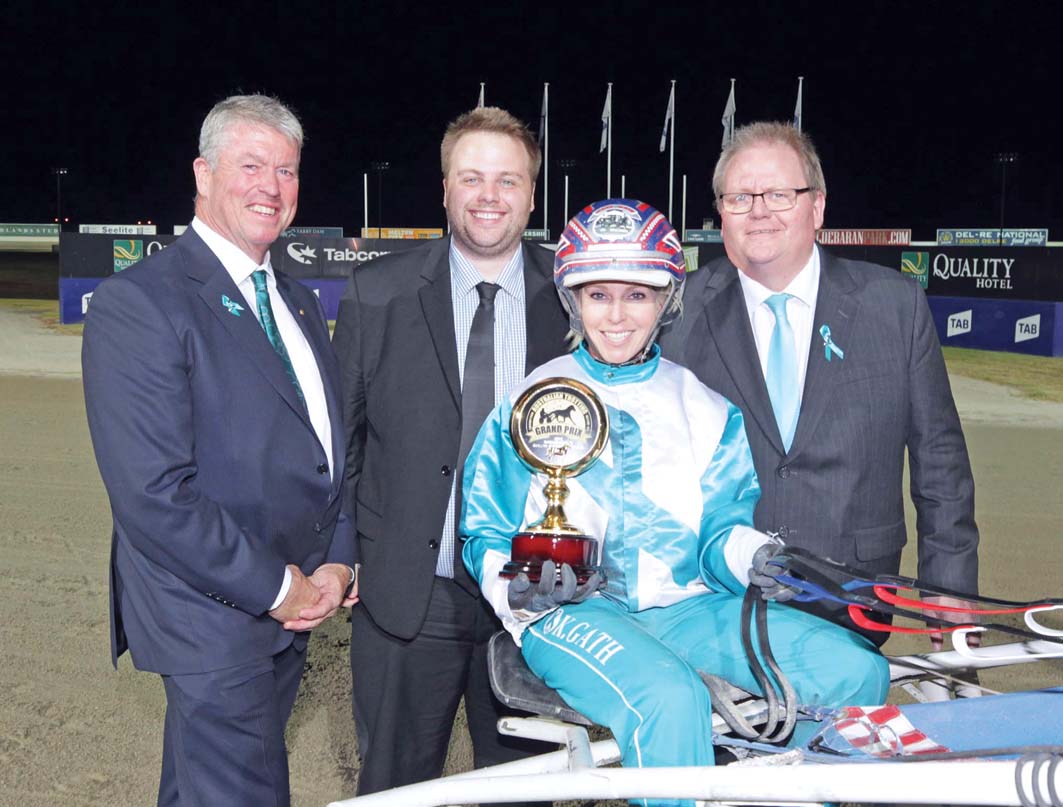 On an evening which celebrates the life and legacy of Lyn McPherson, Tornado Valley was driven by Teal Pants ambassador, Kate Gath.

The Teal Pants Campaign, which has been conducted throughout the southern hemisphere since February 1, continues the work McPherson undertook for ovarian cancer research before tragically losing her battle to the dreaded condition.

Adding to the omen status is the Group One was sponsored by Seelite Windows and Doors, which is owned by Michael and Catherine Taranto, co-founders of the teal pants charity program.

Last but not least, Tornado Valley is by Skyvalley, which stands at Aldebaran Park – operated by McPherson’s husband, Duncan!

“I guess if there was a fitting win on such a night it was Tornado Valley given his connection to the teal pants drive,” Gath said.

“Just to be a part of such a wonderful fundraiser for a worthy cause is a huge honour, but to win a Group One wearing my teal pants and the teal silks is extremely humbling.”

Leading throughout from barrier four, Tornado Valley rated 1:57.2 over the 2240-metre trip to score from Sparkling Success and Sky Petite.

“Once he led I thought he’d give them something to chase,” Gath said. “Turning for home I was pretty confident he had them covered and he got to the line well.”

Prepared by Gath’s husband, Andy, the squaregaiter will be given a light week before being targeted at the Australasian Trotting Championship in May.

Fin takes the lead
Astonishing night not out of the ordinary!
Another upset on the cards?
Speedy youngster equals Australian record
About author