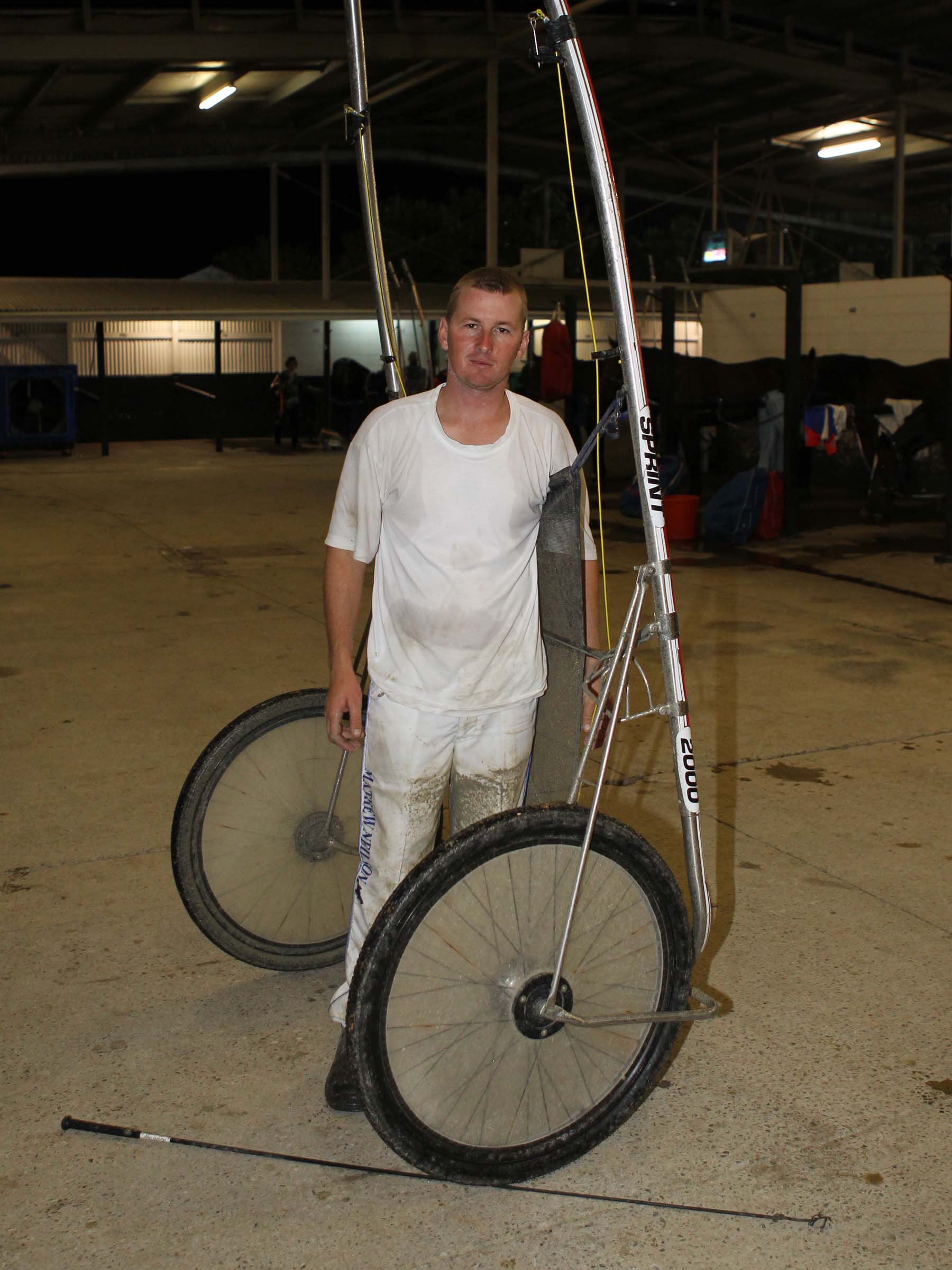 QUEENSLANDERS Shane Graham and Mathew Neilson are on a mission to return the Australian title to its ‘rightful place’.

Graham and Neilson will head to Tasmania on Saturday to contest the Australian Drivers’ Championship in Hobart that evening.

This will mark the fourth edition of the series, with reinsmen from the Sunshine State winning two of three crowns.

Peter McMullen secured the inaugural running at Globe Derby in 2014, with Grant Dixon emulating the feat in Launceston the following season.

“Mathew and I will be out to bring the title back where it belongs,” Graham said. “It’ll come down to a lot of luck, but hopefully that will be on our side so we can return the title to his rightful place.”

Graham, who recently represented Australia in the World Drivers’ Championship in Canada, has contest the ADC twice, with a third in 2015 his best result.

“I don’t seem to enjoy much luck in these kinds of series so hopefully it’ll be a bit better this time,” Graham said. “A lot of it comes down to luck, getting the right draws and the right horses.

“Although it is competitive, overall it’s a lot of fun.”

Neilson will make his second appearance in the Championship, ironically as a replacement for a suspended Grant Dixon on both occasions!

Neilson’s previous attempt saw him finish towards the bottom of the table as McMullen earned the glory.

“I’ve never been to Tassie and I’m looking forward to getting there,” Neilson said. “Not a lot went my way in South Australia two years ago, so hopefully it will be different this time.

“It will be great competing against some of the best drivers from around the country.

“I’ll be doing my best and we’ll see how it goes.”