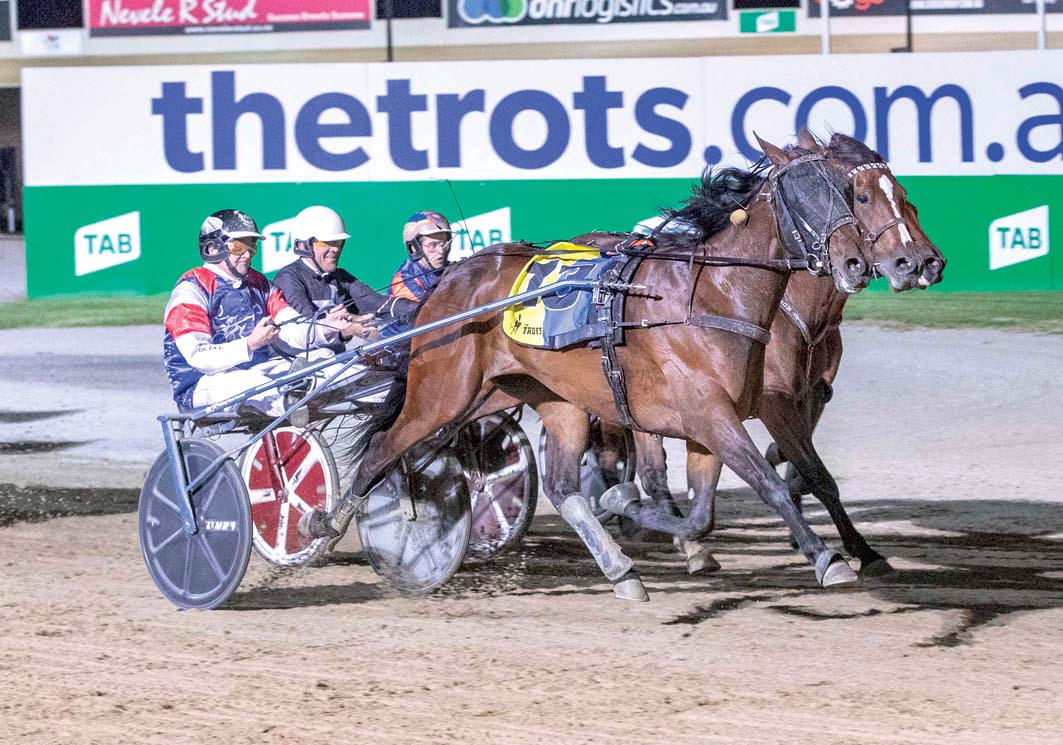 One last outing before a well-earned break

STAR mare Dance Craze will wind out of her season with another trip to Tabcorp Park Menangle this weekend. Registering a sentimental win at...

STAR mare Dance Craze will wind out of her season with another trip to Tabcorp Park Menangle this weekend.

Planning to send the multiple feature winner for a well-earned break, Golino is positive Dance Craze can head to a paddock on a successful note.

“This will be her last start for the season,” Golino said. “I’ll send her for a good break after this.

“She is in terrific condition and is ready to win one more before she goes out.”

To be driven by Glen Craven, Dance Craze has drawn the widest of the five starters due to her outside of the mobile status.

The daughter of Muscle Hill is a prohibitive $1.20 favourite with TAB Fixed Odds.

“It’s only a small field, so no matter where you draw, you’re not going to be far off the pace when they settle,” Golino said.

“I’m very happy with her condition and expect her to take a lot of beating.”

For all his confidence Golino considers local trotter Drop The Hammer as a major threat.

Runner-up in the Bulli Cup a fortnight ago, Drop The Hammer is the $3.80 second elect from gate four.

“Drop The Hammer is a classy trotter, which has gone sub 1:55 so he’s certainly the one to beat,” Golino said.