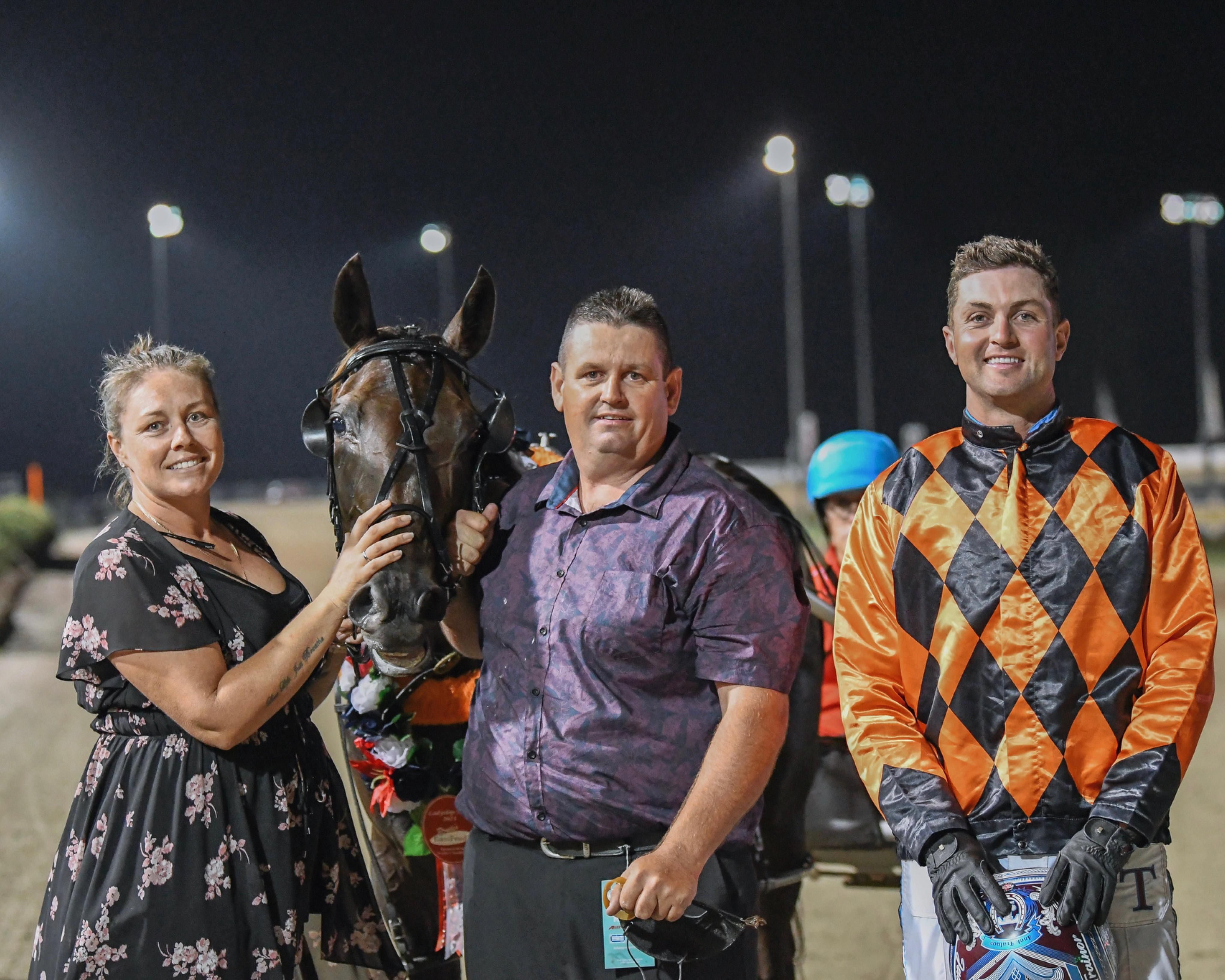 MAGIC MOMENT: Jack Trainor (right) with the Thorns after their NSW Oaks win with Anntonia.

Anntonia5 Jack Trainor20 Stylish Memphis5
IT is fair to say that probably no-one in NSW has driven in better form than former Kiwi reinsman Jack Trainor this season. His...

IT is fair to say that probably no-one in NSW has driven in better form than former Kiwi reinsman Jack Trainor this season.

His skills were rewarded with two Group One wins in the space of about 40 minutes on Saturday night when he took home the two big races at Tabcorp Park Menangle, the Ladyship Mile (Stylish Memphis) and the NSW Oaks (Anntonia).

And while he might feel like celebrating the biggest night of his life, Trainor now finds himself with one more major mission, the $1m Garrards Miracle Mile after Ladyship Mile winner Stylish Memphis earned an invitation into Australasia’s biggest sprint race.

“It was a crazy half hour; it was just a dream come true,” said Trainor.

“This mare showed she was right up there with the best of them, she was bright in her training during the week and we were quietly confident she could do the job on Saturday night.

“During the run I was half thinking ‘this is too good to be true’ and I kept looking to my inside thinking something was going to be coming up on our inside, but we were too good.”

As much as Trainor would love to go into celebration-mode he is just as elated to be a part of the build-up and then the Miracle Mile.

“Owner Wayne Higgs and trainer Mark Jones showed a lot of confidence in me by sending Stylish Memphis here for the Ladyship and everything else has been a bonus,” he said.

“There’s no doubt King Of Swing is a superstar, and our wide draw does make our task that little bit harder, but you have to be in it to win it and we’re excited to be there.”

The best of those appears to be Fox Trot Hill, chasing his fourth win from his past five starts when she goes around in Race 4, a heat of the four-year-old Trotters Foundation.

And Trainor will also fancy his chances with veteran gelding Makoa in Race 9.

While he has 20 wins from 116 starts, Makoa’s last five wins have all been at Menangle and nicely drawn in gate eight today, Trainor may elect to use some of Makoa’s gate speed and get into the action early over the 1609m.