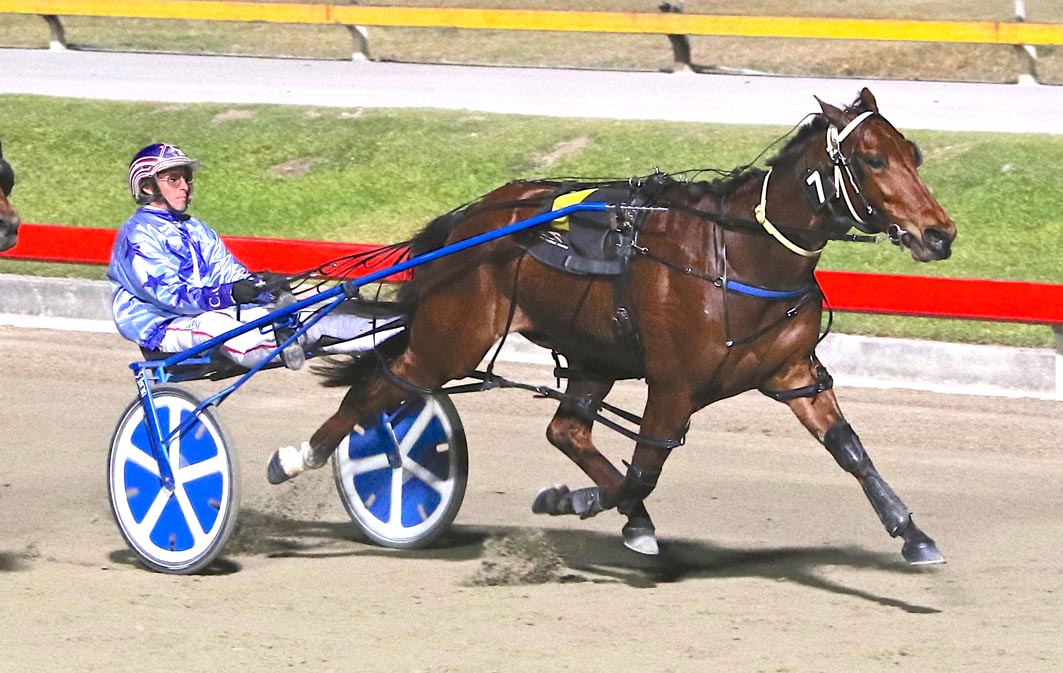 One more target before heading for a break

SATURDAY night is the beginning of the 2018/19 season, but to Cristina Monte and Secret Jack it’s the end of a campaign. Set to...

SATURDAY night is the beginning of the 2018/19 season, but to Cristina Monte and Secret Jack it’s the end of a campaign.

Set to contest a race at Albion Park, Secret Jack will be sent for a spell after the outing, with Monte following suit.

Monte plans to give the son of Blissfull Hall five weeks off while she enjoys a well-earned overseas trip.

“After this weekend we are both heading for a spell,” Monte said. “He will have five weeks off and I will be heading to Canada and the US.

“He can enjoy the beginning of spring and I’ll enjoy the warm climate over there.”

A handy fifth in his debut for Monte, Secret Jack has won his two subsequent starts, including last weekend, in impressive fashion.

As such, Conte is confident the gelding can begin the new term the same way he finished the old one.

To be driven by Adam Richardson, Secret Jack has drawn to settle prominently from barrier five.

“He’s a neat little horse which has done a great job since we got him,” Monte said. “I’ve been confident with him every start as he has been working really well and that will be the case on Saturday night.

“Psychedlic is also racing really well and is the one to beat from the pole.”

The sadness doesn’t go away…we miss her every day...
Mike Ko’cass with all the Tuesday winners at...
Sheriff lays down the law in Derby
Max ready to delight in ‘local’ Derby
About author