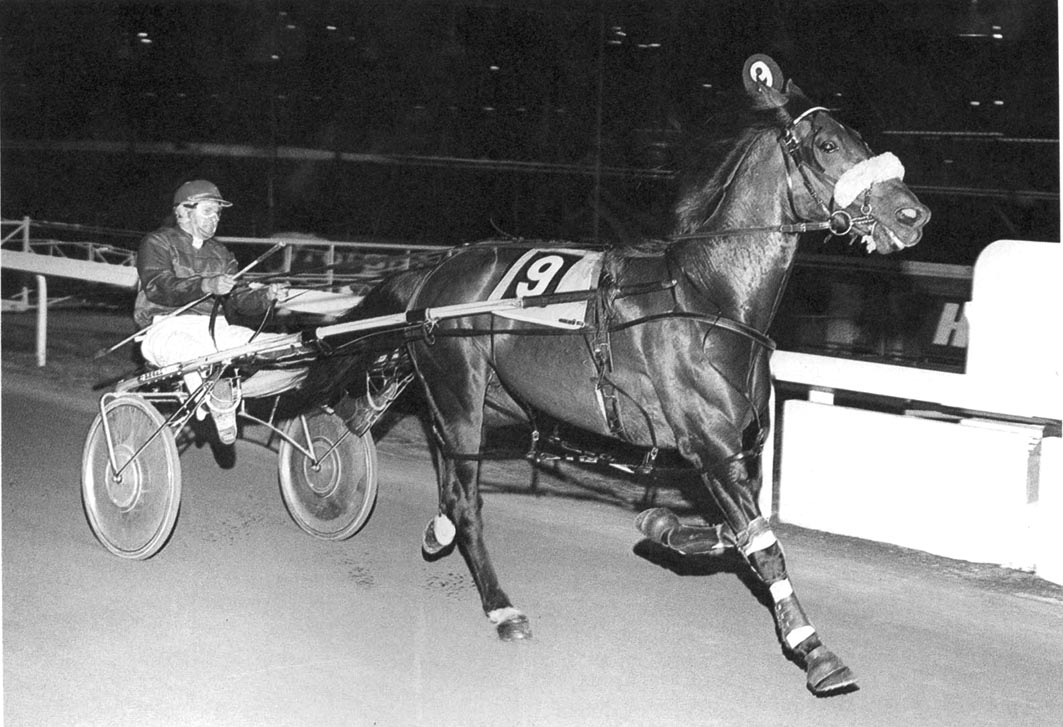 One of the all-time greats honoured

THERE is no questioning the quality and depth of the field assembled for Saturday night’s Chariots Of Fire qualifier at Tabcorp Park Menangle. A...

THERE is no questioning the quality and depth of the field assembled for Saturday night’s Chariots Of Fire qualifier at Tabcorp Park Menangle.

A stellar line-up of rising stars will battle for a place in the February 16 feature, which promises to be one of the most keenly-contested Group Ones of the season.

Yet, with all respect to the connections of the various four-year-olds, they have a long way to go before they can be mentioned in the same breath as the champion which the heat honours – the immortal Hondo Grattan.

A small, compact stallion, Hondo Grattan was built like a tank and possessed a heart as big as himself, which saw him produced several grand staying performances.

It was his seemingly endless supply of stamina which saw Hondo Grattan capture a host of feature races, including two Inter Dominions.

Part-owned, trained and driven by another household name – A D (Tony) Turnbull – Hondo Grattan was successful in the 1973 Inter Dominion at Harold Park.

Winner of his three heats, the son of Hondo Hanover then beat Royal Ascot and Glamour Chief in the 2600-metre Final.

A year later, Hondo Grattan captured the most action-packed Inter Dominion Final on record to become the first consecutive winner of the Championship.

Former warhorse, Captain Sandy, was the only dual Inter Dominion winner, having scored in 1950 and 1953.

The decider was again staged over 2600 metres, with Hondo Grattan beating Adios Victor and Royal Gaze after a pile-up soon after the start that saw half the field crash.

For all his victories over marathon distances, Hondo Grattan was equally as potent over the sprint trip as proven in the 1974 Miracle Mile.

Thanks to his initial Inter Dominion triumph, Hondo Grattan was invited to the 1973 Miracle Mile at Harold Park.

Three hours after winning the Inter Dominion Final, however, Turnbull was suspended for four weeks for causing interference with Sling Along in the third Consolation.

The suspension meant he could not partner Hondo Grattan in the Craven Filter Miracle Mile on March 16.

Rather than find a replacement driver, Turnbull elected to forfeit Hondo Grattan’s position in the elite six-horse field.

As such, Hondo Grattan was sent for a spell.

Reichman, driven by Rex Hocking, went on to capture the Miracle Mile in 1:58.4 – his time shaved two-tenths of a second off Halwes’ race record established in 1968.

Returning for several wins and feature placings – including the A G Hunter Cup – Hondo Grattan was taken across the Nullarbor for the Inter Dominion.

Scraping into the Final as the lowest points earner, Hondo Grattan rated 2:03, which bettered the previous Australian record.

Next on the agenda was the $27,000 Miracle Mile at Harold Park on March 15, which remains one of the most exciting editions of the famed sprint.

As per the previous year, Hondo Grattan was granted automatic entry into the event thanks to his Inter Dominion success.

Reichman was also back to defend his title, with invites issued to King Frost, Paleface Adios, Royal Gaze and Mitchell Victory.

A crowd of 22,448 – figures we can only dream about nowadays – converged on Harold Park to witness Hondo Grattan’s tenacious win.

From barrier two, Paleface Adios, the 6/4 favourite, rocketed to the lead as Hondo Grattan settled in his customary position outside the pacemaker.

At the 400-metre mark Paleface Adios was being hailed the winner as Hondo Grattan appeared to be under pressure.

Digging deep as only champions do, Hondo Grattan rallied again to range up to Paleface Adios turning for home.

With the pair matching strides along the straight as the crowd released a deafening roar, Hondo Grattan claimed the lead in the shadows of the post to score by a head.

Covering the 1609 metres in 1:59, Hondo Grattan surpassed Welcome Advice as Australia’s richest pacer thanks to his $16,500 cheque.

Racing with distinction during the next 12 months, including a luckless, but gallant, New Zealand Inter Dominion campaign, Hondo Grattan was again invited to contest the Miracle Mile.

Suspended during the second round of the Inter Dominion – forcing him to miss the Final in which Hondo Grattan finished sixth – Turnbull was destined to miss the opportunity to complete consecutive Miracle Mile wins.

In an amazing turn of events, however, New South Wales Harness Racing Club officials announced they would delay the running of the Miracle Mile until Turnbull’s suspension was over.

With his sentence to come to an end at the scheduled time of 10pm, club President, Bill Rynan, declared the event would be postponed by 10 minutes to allow Turnbull to drive Hondo Grattan.

“Midnight in New Zealand is only 10pm in Sydney, and by putting the race back 10 minutes, Turnbull would be in the clear,” Rynan said.

“It’s a technical point, but we intend to take full advantage of it.”

Having limited starts during the following year as a result of leg injury, Hondo Grattan had two outings as a lead-in to the Miracle Mile for a win and a third behind Paleface Adios and Running Reign.

The eldest runner in the field at seven, Hondo Grattan, with Tony Turnbull in the cart, finished third behind Paleface Adios and Don’t Retreat in a race-equalling record 1:58.4.

Given three more starts, for a win, Hondo Grattan was retired after his third at Bathurst on April 17, 1976.

Hondo Grattan failed to replicate his racing feats in the breeding barn, with moderate success coming as a sire.