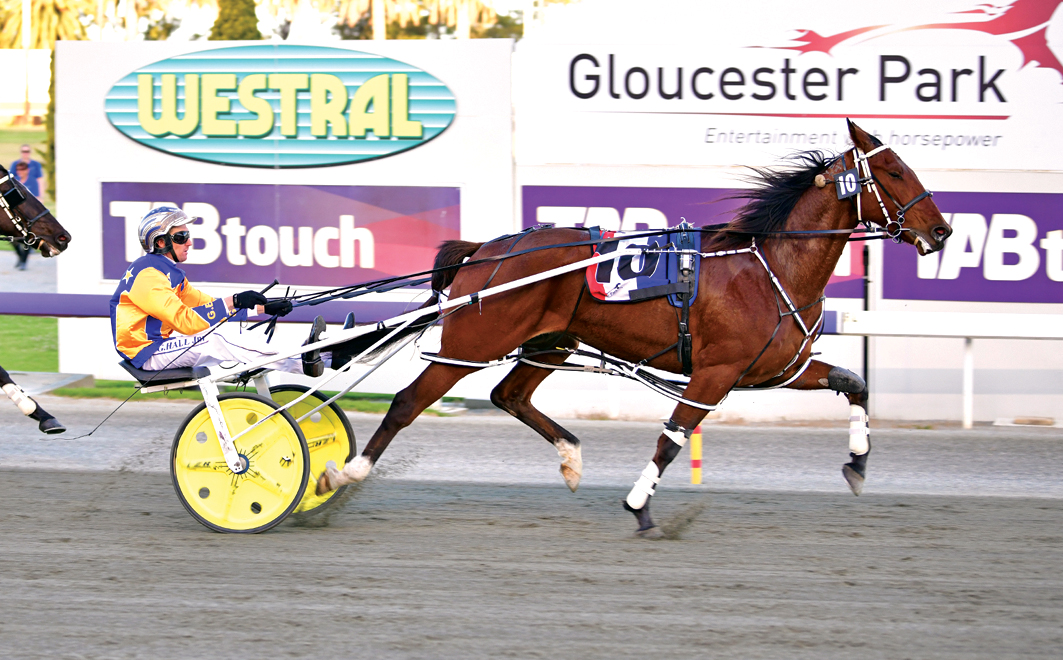 Out to break drought

BY HIS lofty standards, Gary Hall has been experiencing a drought in the Four-Year-Old Championship. Western Australia’s most dominant trainer, Hall hasn’t captured the...

BY HIS lofty standards, Gary Hall has been experiencing a drought in the Four-Year-Old Championship.

Western Australia’s most dominant trainer, Hall hasn’t captured the event in six seasons – a rare occurrence in any local feature for the premier horseman!

That is set to be corrected at Gloucester Park on Friday night, with Hall in a strong position to capture the Group Two.

Along with the early favourite Wildwest, Hall will be represented by the well-fancied Robbie Easton and the talented Eloquent Mach.

“Wildwest is the best horse in the race, but he still has to get out there and get the job done,” Hall said. “He hasn’t set a hoof wrong from the get go and I can’t see any reason why that should change.

“Robbie Easton is a nice horse which is in good form and should be thereabouts.

“I was disappointed with Eloquent Mach’s last start but he has been training well.”

Despite the early obstacle the son of Raging Bull is at $1.40 to extend his perfect record to nine.

“The draw could be tricky but he is good enough to make his own luck,” Hall said. “He is very versatile.

“He’s won leading, sitting in the breeze and coming with a trail.”

Robbie Easton has fared best in barrier two, with Eloquent Mach to follow his stablemate through from the second row.

“Robbie Easton has drawn to give him a good shot,” Hall said. “Eloquent Mach will need a bit of luck from the back, but if he gets he right run through, he will take some holding out.”

Hannah joins a long list of family winners
Dad’s have to remind sons who is King
Classy youngster’s interstate campaign exten...
Turnbull turns it up
About author