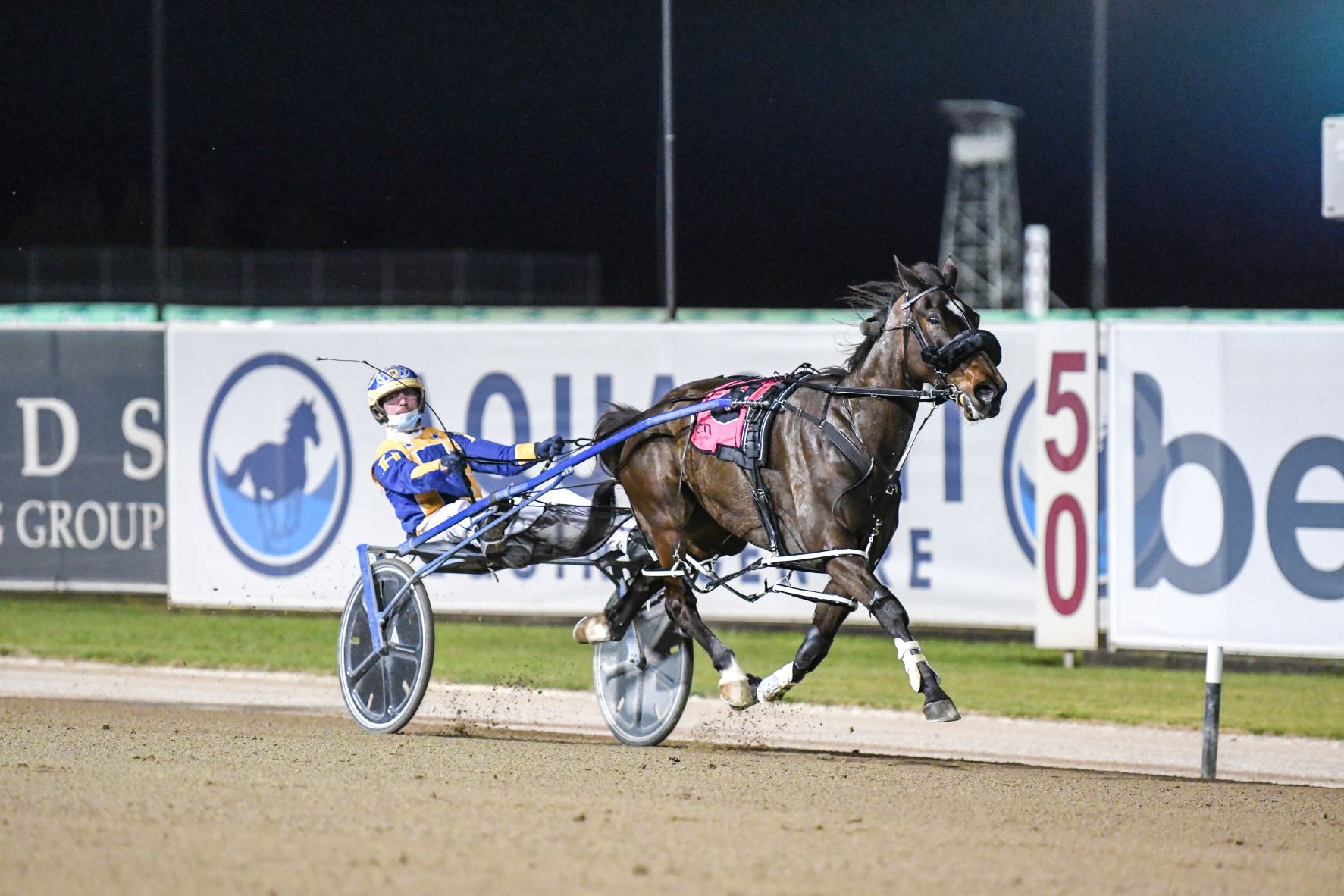 Out to make up for lost time on the sidelines

Cam Hart5 Jack Trainor38
YOUNG trainer-driver Jack Trainor will be a man on a mission when he resumes from suspension at Menangle this afternoon. In-form young reinsman Cameron...

YOUNG trainer-driver Jack Trainor will be a man on a mission when he resumes from suspension at Menangle this afternoon.

In-form young reinsman Cameron Hart has made the most of Trainor’s recent absence and opened up an eight-win lead at the top of the state’s driving premiership, with 123 winners.

Even though Trainor has four good drives at Menangle this afternoon, he might find himself trailing by even more at the end of the day as Hart again looks to have the edge.

Trainor’s four drives include three that he trains himself, Iambecauseofyou (Race 2), Itz Major Rich (Race 6) and Hes On The Buzzer (Race 7). He also drives Cos She Can in Race 4 for Jason Grimson.

Yet Hart, fresh from a winning double on Saturday night, will be aboard three favourites on the seven-race card as he looks to extend his lead at the top.

Hart was at his competitive best on Saturday night, winning with much-improved trotter Indefensible for Rickie Alchin and taking the night’s feature, the $30,600 Group 3 Ladyship Stakes with Rocknroll Angel for the Grimson stable.

“She likes to go fast and she is a lovely mare to drive,” said Hart following his 2.5m win over Uroc Skinny Jeans and Queenofdance in a 1:51.3 mile.

“If she can find the front she really rolls along at a good clip.”

Hart said Rocknroll Angel showed she could mix it with the best during the Miracle Mile carnival earlier this year, despite a string of unlucky barrier draws.

“Connections have decided to race on with her for another season, which is great,” he said.

“The barrier draws make a huge difference in the big races and if she could come up with a good draw in one of the features, she should take some catching.”

Hart admits he is a bit overwhelmed by the amount of success he has had so far this season.

He even gave former premier reinsman Todd McCarthy, now competing in the US, a bit of the credit.

“When Todd left for the US a lot more opportunities came along for me and, thankfully, I’ve been able to make the most of them,” he said.

“While a lot of my wins have been for the bigger stables, a lot of the boutique-sized stables have also stuck by me and it gives me a real thrill when I can land a winner for them.”

Trainor has one more hurdle before the party start...
Hart, Rando and Grima all making their marks
‘Rookie’ trainer is in demand
Another newcomer adds to Jack’s list of tale...
About author