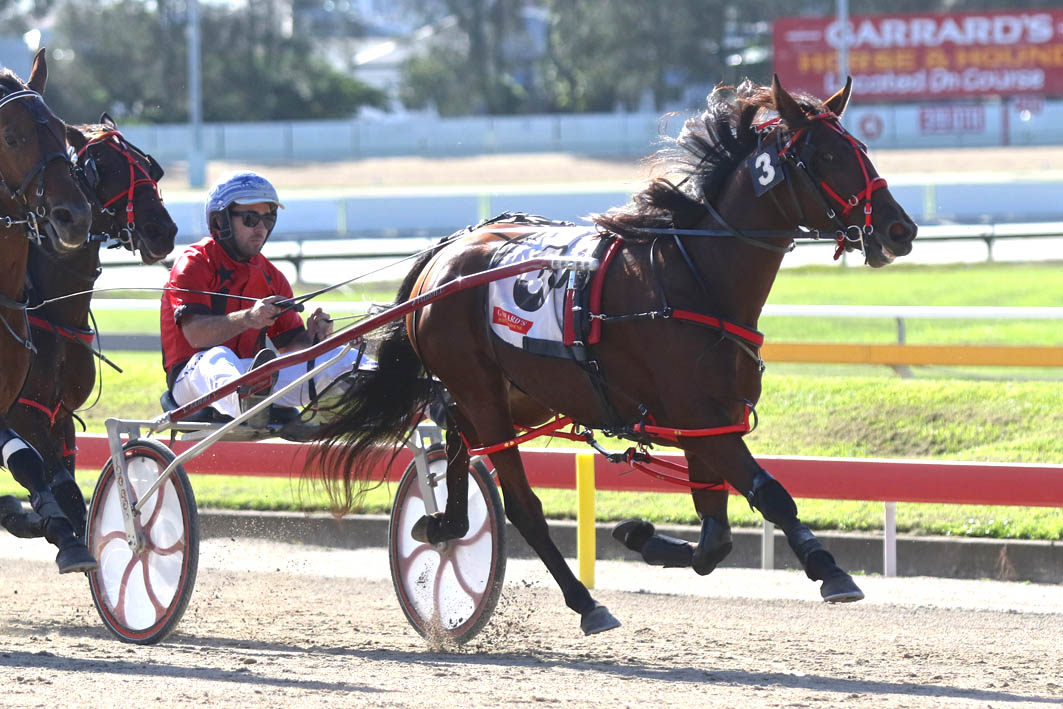 SUCH is the depth in tomorrow night’s Australian Pacing Gold Final the rank outsider will head into the feature with a near-perfect record. Boasting...

SUCH is the depth in tomorrow night’s Australian Pacing Gold Final the rank outsider will head into the feature with a near-perfect record.

Boasting two wins and a second from three starts, Thats Bettor earned a berth in the Tabcorp Park Menangle-based Group One by securing her heat.

Rating 1:58.9 over 1660 metres around Albion Park in qualifier, the Shannon Price-trained filly is listed at $34.

Thats Bettor’s defeat was behind her APG Final rival, Miss Moneybags, which is the second lowest runner in the market at $26.

“I’m a bit surprised about that, but I suppose she is a Queenslander,” Price said. “She did run a quick last half in her heat even though didn’t win in 1:53 like the interstaters.”

Drawn barrier four in the $328,000 decider, Thats Bettor moves into three once the emergency is taken out, with Price stating the daughter of Bettors Delight is in peak condition for the pending assignment.

“She’s feeling great…I couldn’t be happier with her,” Price said. “Her work has been terrific and she had a nice trial before we left.

“Since she got to Sydney she has settled in, eaten up and is ready to go.

“The draw is handy so hopefully she can get a good trail from there.”

Citing Soho Interceptor and Soho Nolita as the pair to beat, Price considers Kualoa as the one most likely to upset the pair.

Soho Interceptor and Soho Nolita have drawn alongside each other in gates 10 and 11, with Kualoa to begin from five.

“Soho Interceptor and Soho Nolita are the top two, but they have drawn out wide,” Price said. “Kualoa has only had the one start, which was her heat, but Emma (Stewart, trainer) is bound to have her in perfect shape.”