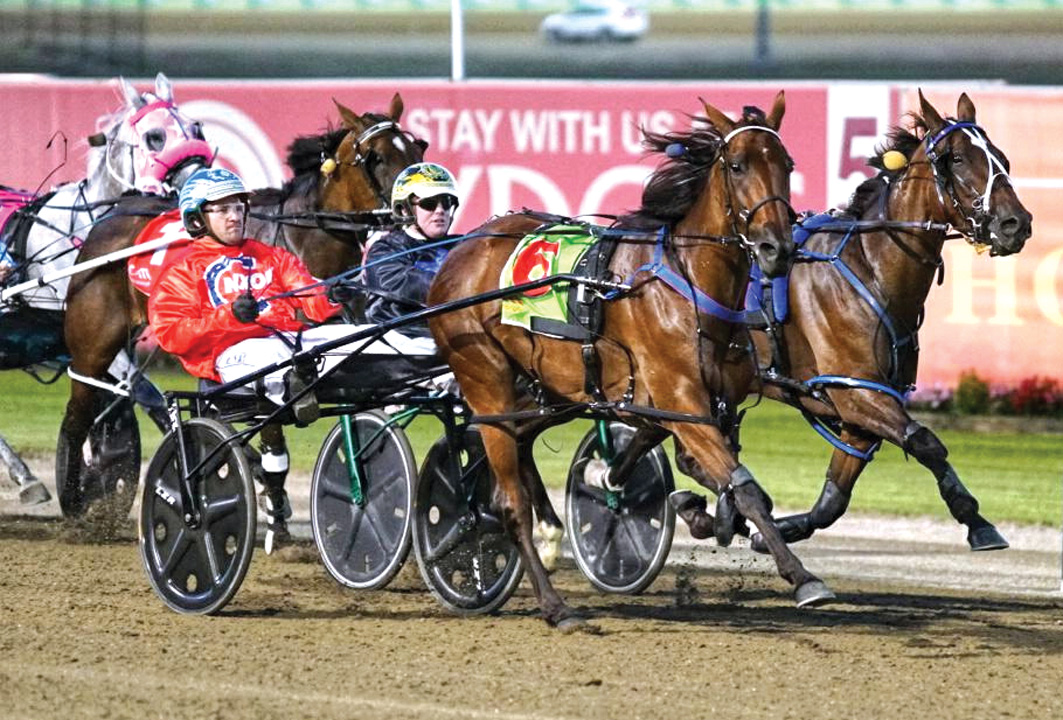 CONNECTIONS of outstanding mare Carlas Pixel are hoping for a fairytale ending to her career. In foal to Bettors Delight, Carlas Pixel will make...

CONNECTIONS of outstanding mare Carlas Pixel are hoping for a fairytale ending to her career.

In foal to Bettors Delight, Carlas Pixel will make her swansong appearance in Saturday night’s Ladyship Mile in what doubles as her title defence.

Capturing last year’s edition in 1:49.5, Carlas Pixel earned a berth in the $200,000 event with her victory in last month’s Ladyship Cup in Melton when first-up from an 11-week break.

“Having that early invitation to the Ladyship Mile made it a lot easier to plan her preparation,” trainer Dean Braun said.

“She had the benefit of not having to go up for the heats, which meant working on her fitness at home and giving her a nice solid trial.

“She went around between races the other night and went 1:53 all wrapped up.”

Aiming to become just the fourth champion to successfully defend her title since the Group One’s inception in 1974, Carlas Pixel has drawn barrier six.

The Australian Pacing Gold graduate slots into five with the removal of the emergency.

Jodie’s Babe was the first consecutive winner thanks to her victories in 1988 and ’89, while Diamond Debutante was successful in 1991 and ‘92, followed by Tailamade Lombo in 1998 and ‘99.

“I’m happy with the draw,” Braun said. “She drew six and came from five to win last year’s Ladyship Mile.

“This is the pinnacle race for mares and if she can win again at her last start it would be a perfect result.”

Rating Our Dream About Me as the main danger, Braun expects Tell Me Tales to play a strong role in the finish despite her awkward draw.

Our Dream About Me is the $1.60 TAB Fixed Odds favourite from barrier two, with Carlas Pixel the second elect at $4.50.

To begin from the outside of the front row, Tell Me Tales is on the third line of betting at $5.50.

“Our Dream About Me and Tell Me Tales are certainly the top two to beat,” Braun said. “If the speed is on as you would think it should be, Carlas Pixel will thrive on it and be hard to hold out.”