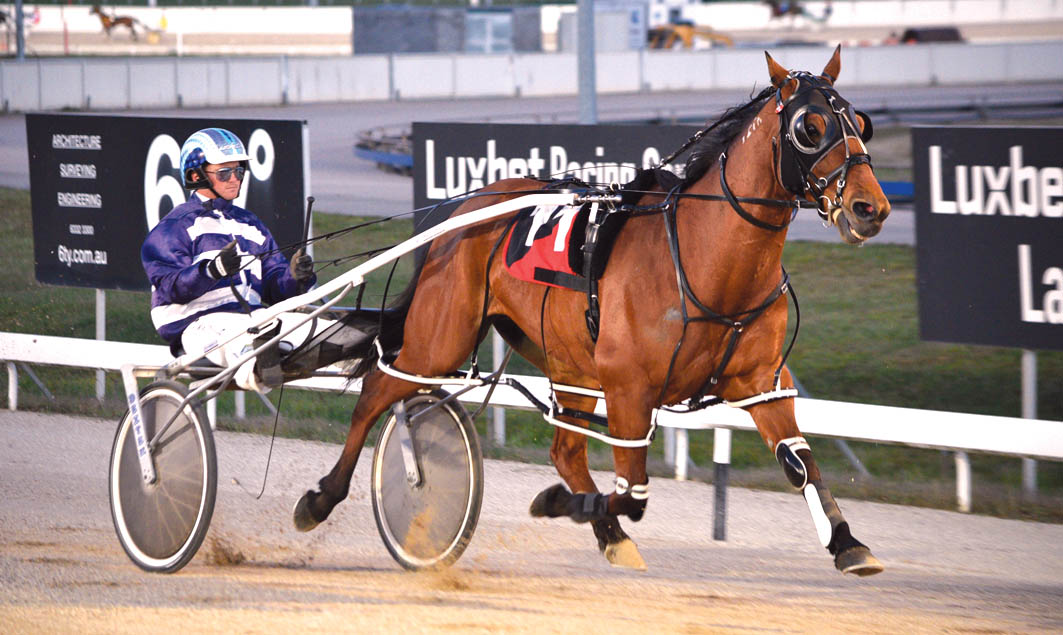 PACING marvel Destreos will make a belated bid for his 100th win in Hobart on Sunday night. Set to chase the century in Launceston...

PACING marvel Destreos will make a belated bid for his 100th win in Hobart on Sunday night.

Set to chase the century in Launceston last January, Destreos was stood down by stewards two days before his highly-anticipated appearance.

Having received notification from Racing Analytical Services Limited that Destreos had returned a urine sample above the Cobalt threeshold, stewards stood the Ken Rattray-trained gelding down.

Given the all-clear to race, the 14-year-old will resume his attempt to become the third Australasian standardbred to reach the ton.

Paleface Adios was the first ‘centurion’, notching the ton at Cranbourne on February 25, 1980 – exactly eight years to the day after he first graced a racetrack.

As for his upcoming assignment, Destreos will begin from barrier two in the Governors’ Cup.

Despite being first-up for nine weeks, the son of Astreos is in good condition according to Rattray.

“He feels great,” Rattray said. “He’s had a short spell and is ready to get back into it.

“The draw will suit him and hopefully he can get the job done.

“I’m reasonably confident he can win on Sunday night, so we’ll just have to wait and see how it all works out.”

Second upon debut in Auckland on January 27, 2006, Destreos has had a subsequent 444 starts to hold the southern hemisphere record for the most race appearances.