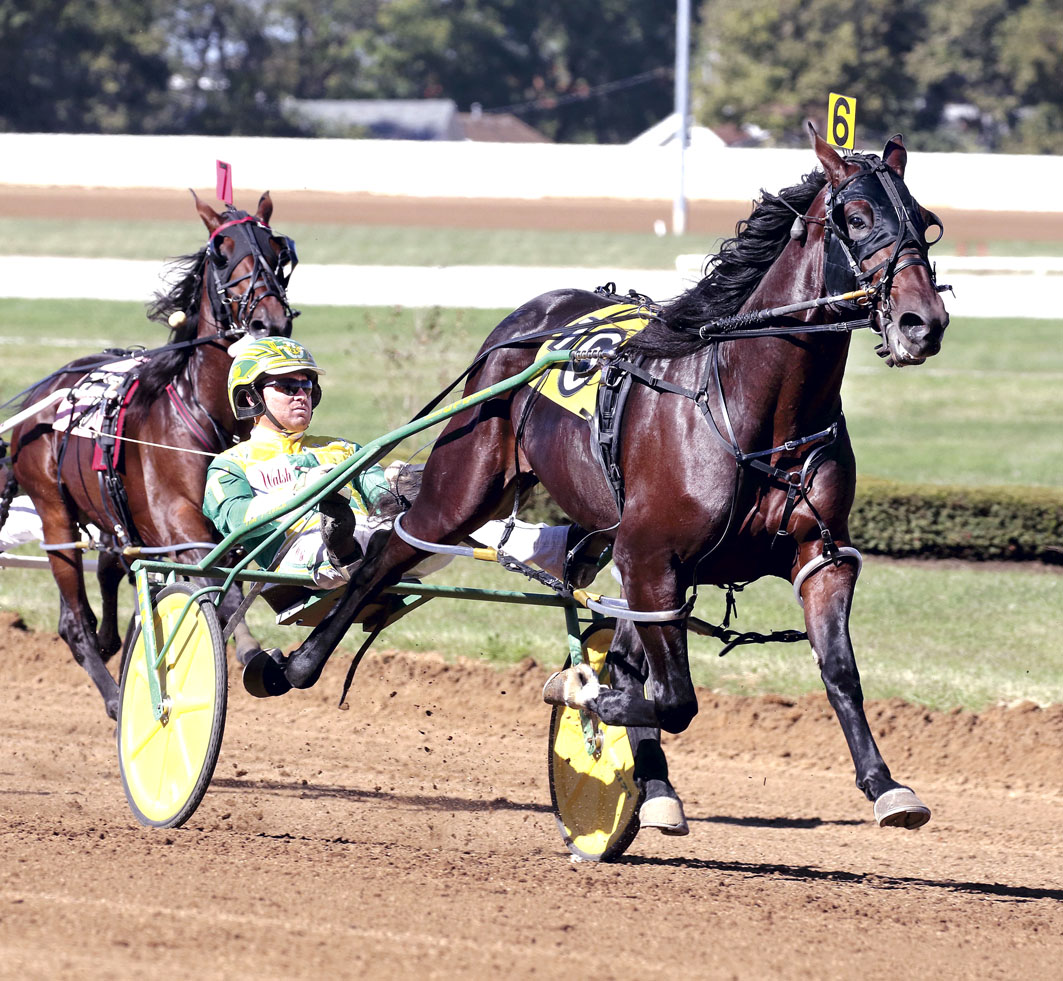 PACING sensation Huntsville has been issued an international passport and is heading to Australia. To be precise, the USA Two-Year-Old Pacer of the Year...

PACING sensation Huntsville has been issued an international passport and is heading to Australia.

To be precise, the USA Two-Year-Old Pacer of the Year and Two-Year-Old World Champion is due to arrive at Empire Stallions’ Victorian base where he will standing during the upcoming 2018/19 breeding season.

In one of the deepest crops in recent history, Huntsville defeated the best of his generation on his way to accumulating 15 wins and nine placings from 25 starts at two and three while banking over $1.7million in earnings.

From the minute Huntsville first set his hooves on a racetrack, it was evident he was destined for greatness.

In his first two-year-old trial at The Meadowlands, Huntsville blew by his competitors with a 27.1-second final quarter to win in 1:54.2!

During his two-year-old season, Huntsville was never worse than second in 11 starts with 7 victories and earnings of $689,814.

Huntsville gave us many great moments during his two-year-old campaign, but his exciting win in the Bluegrass Stake with a 26.3-second last quarter in the mud at The Red Mile was an eye-opener!

He returned the following week with yet another extraordinary performance pacing his last two quarters in 26.4 and 26.4 seconds to win the International Stallion Stake in a Two-Year-Old World Record of 1:49!

Despite a 54.1-second first half mile in the Breeders’ Crown Final, Huntsville used a bold middle move to secure the lead on his way to capturing the Crown by two lengths in 1:49.1 – setting a Meadowlands track record and missing the stakes record by only a fifth of second!

Huntsville completed this Championship season as the both the richest and fastest two-year-old of the year and was voted 2016 USA Two-Year-Old Pacing Colt.

Huntsville returned at three to high expectations – and he did not disappoint. In 14 starts, he was only out of the money once winning eight races and placing five times, earning a further $1,014,428.

He lowered his lifetime record to 1:47.4 making him the fastest three-year-old of 2017.

He won eliminations for the Adios Stake in a brilliant 1:49.3 over the The Meadows 5/8ths mile oval, the North America Cup at Mohawk Raceway in 1:49.1 and The Meadowlands Pace in 1:48.4 with a sizzling 26.2-second last quarter. Huntsville was also victorious in the $160,000 Jenna’s Beach Boy Stake at Hoosier Park with an impressive gate to wire win in 1:49.1.

In the $334,000 Cane Pace, Huntsville proved he could be just as effective at a distance as he was over a mile. He turned in another stellar performance leading every step of the way winning the 1 1/8 mile contest (1800 metres) in 2:03 at The Meadowlands.

Without a doubt, the highlight of Huntsville’s three-year-old season was his thrilling win in the $738,000 Meadowlands Pace.

Huntsville got away fourth and issued a backstretch charge to grab the lead flashing past the three-quarter pole in a torrid 1:20.3. In an epic display of guts and determination, Huntsville dug deep in the stretch to hold off his challengers while achieving a career best of 1:47.4.

Huntsville was retired at three to begin stallion duty at Cameo Hills Farm in the very competitive state of New York where he has served a full book of quality mares in 2018.

It’s no wonder Huntsville excelled on the racetrack – his pedigree is nothing short of royalty.

Huntsville’s dam Wild West Show p,4,1:42.4 ($217,714) is by Western Hanover out of the Artsplace mare Sweet On Art combining two of the most influential sire lines in modern history.

She is the dam of five foals of racing age for five winners with two in 1:50 and four in 1:55 or faster. In 2017, she received the prestigious honour of USA Broodmare Of The Year. She is currently in foal to another Empire stallion – Betting Line.

Huntsville is a magnificent dark bay stallion standing 16 hands which was a fierce competitor with tremendous heart and a strong will to win, outstanding conformation and excellent fertility.

“We are very excited with the addition of Huntsville to our line up this season” said Empire principal David James. “Huntsville is one of Somebeachsomewhere’s best sons and his credentials speak for themselves.

“We believe Huntsville will continue to carry on the legacy of his esteemed sire and play a significant role in the future Australian racing scene.”

Huntsville will stand for a very attractive fee of $6000 including GST and discounts will apply. His progeny will be Vicbred, Breeders’ Crown, NSW Breeders’ Challenge, Bathurst Gold Crown and SA Southern Cross eligible – conditions apply.

Dad retains title as King – for now!
This Barmaid serves Debra a treat
Where there’s a ‘Will’ thereR...
Early season majors in sights
About author