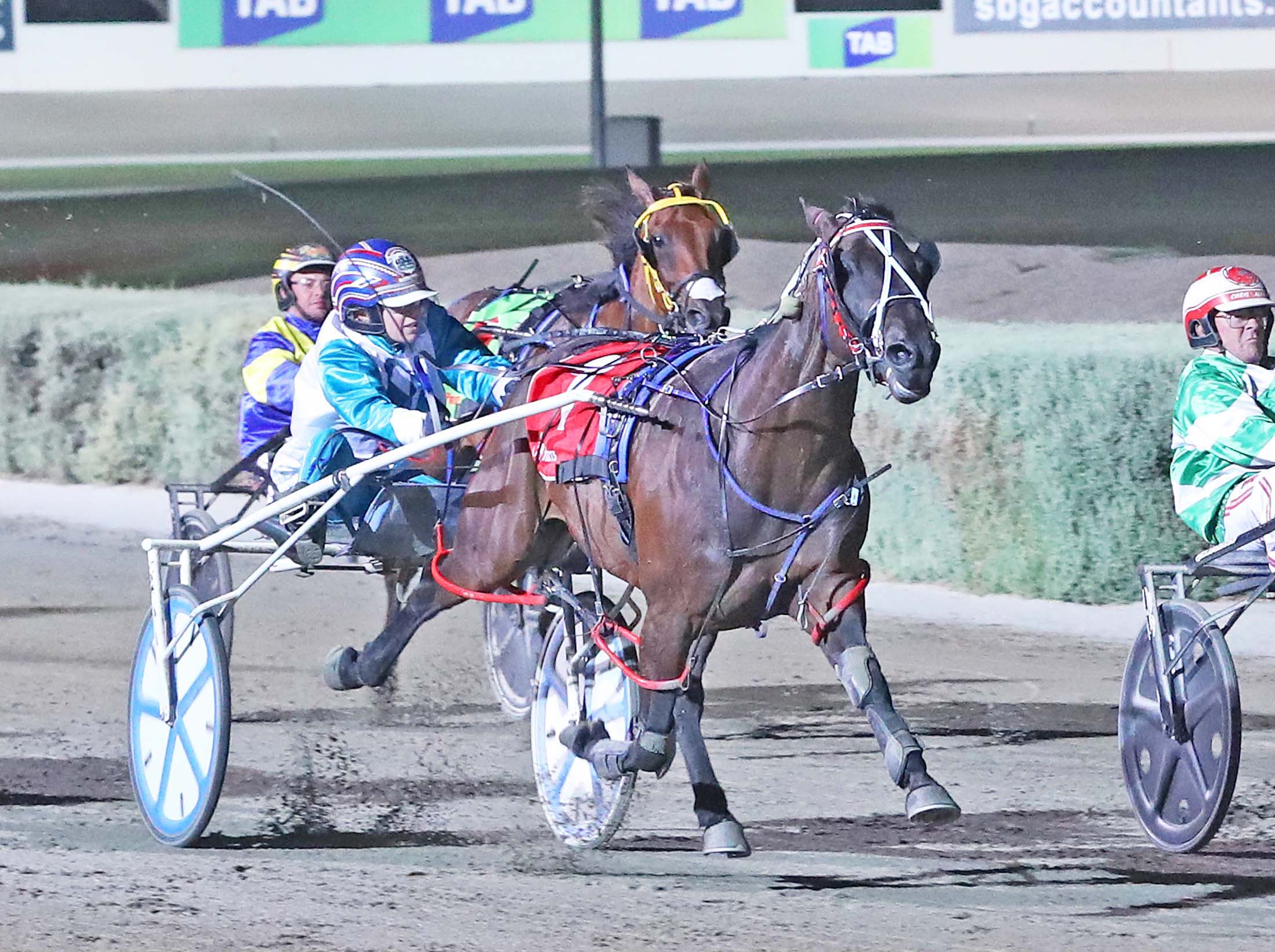 PINT sized pacer Padrisimo returned to the winner’s stall at Melton for the first time in more than three years when he took out the Carbine Chemicals Pace last Friday night.
Having his second start back with original trainer Andy Gath, Padrisimo enjoyed the run of the race behind the leader Rocking Tess awaiting his chance along the sprint lane.
Kate Gath didn’t need to utilize the sprint lane as she was able to ease away from the pegs around the home turn and Padrisimo was able to reel in the Striking Beauty to get up and score by a head with The Gingerbreadman three metres away third.
Padrisimo possessed a lethal short sprint as a two-year-old winning the Rod Fitzpatrick Memorial at Menangle before taking out the Youthful Stakes at Melton.
The horse was subsequently sent to Sydney where he was prepared by Peter Rixon and in more recent times has been a member of Rod Woodhouse’s Riverina barn.
“The horse doesn’t really produce his best at Menangle and there aren’t a lot of races for C8 class horses in the Riverina so Rod (Nalder) asked me if I would take him back,” Gath said.
The son of Bettors Delight arrived in Melbourne five weeks ago and Gath said his training regime consisted of free legged work.
“He has done a lot of galloping which a lot of older horses like,” he said.
Gath said Padrisimo, who is still an M0 assessed pacer, is on the market.
“Rod has a few coming through so Padrisimo is for sale to make way for the younger horses,” he said.
Half an hour later the four- year- old trotting mare Derrie Aire completed a race to race double for the Gath stable when she recovered from an early mistake to prevail in the COGS Trot.
The daughter of Bacardi Lindy’s winning chances took a dive when she galloped out of the mobile at the start giving her rivals a 30 metre start.
Derrie Aire quickly made up her ground to settle two horses back in the running line before making a three wide assault on the leaders approaching the home turn.
Derrie Aire (2.20 fav) levelled up four wide on straightening and finished best to score by two metres from Trumpem Johnny with Iona Spider six metres away in third place.
Gath said he didn’t despair when his charge made a blunder at the start.
“Even though she galloped out I thought he was still in the race if she got down reasonably quickly and luckily she did,” he said.
Derrie Aire joined Gath’s stable late last year after her previous mentor Amy Tubbs retired from training.
“Her last three or four runs have been good,” he said.
“She has been running times that suggest she should make it to metropolitan class.”
The win completed a driving treble for Kate Gath who also partnered the Neville Pangrazio trained filly Moonshine Linda to victory in the Allied Express 3YO Trot earlier in the evening.