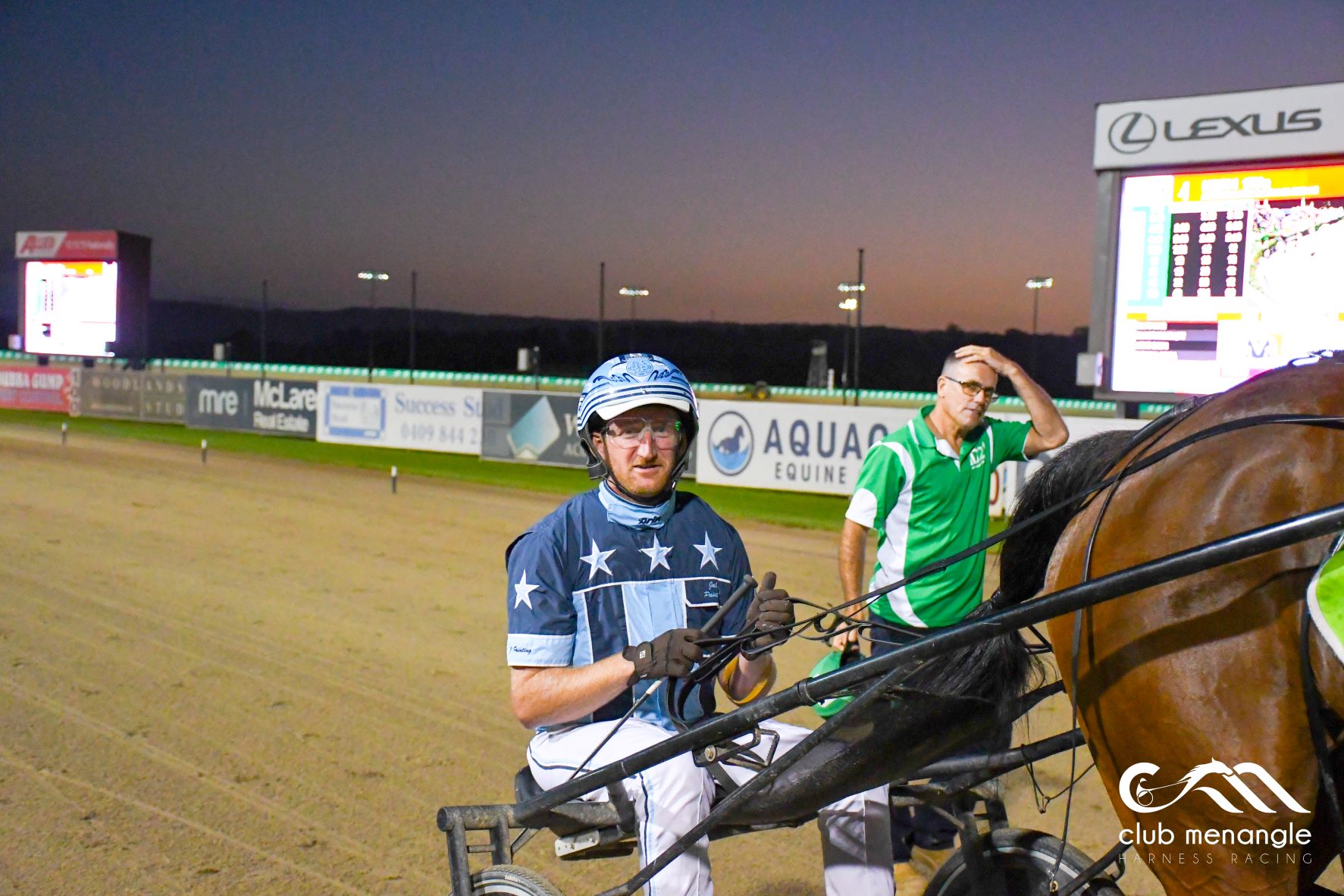 Painting a perfect picture for the Riverina

David Kennedy2 Jack Painting5
DURING the past decade there has been many successful trainer and driver combinations in the Riverina. But during the past two years it has...

DURING the past decade there has been many successful trainer and driver combinations in the Riverina.

But during the past two years it has been the Narrandera duo of David Kennedy and Jackson Painting who have been dominant in harness racing throughout the south-west of the state.

So often this pair has tasted good success at some of the biggest race meetings in the area and have earned a strong reputation for their consistency.

In 2021, Kennedy’s scoresheet highlighted that consistency with 85 winners and 98 placings from just 335 starters.

And Painting joined the centurions last year, recording 103 winners and 143 placings, an impressive tally that is only reserved for the best.

This afternoon both horsemen will head to Wagga to mix it with some of the best in the sport, hoping to qualify some of their charges for the rich Group 1 Championships that will be decided on Easter Saturday.

Talented four-year-old Rocknroll Runa appears to be the stable’s best chance of qualifying for the $100,000 finals.

Kennedy sent the gelding for a lengthy spell to overcome some niggling injuries and he returned to the racetrack at Young on March 11 where he ran a luckless second behind Ryans Gangster.

Since then, the son of Rock N Roll Heaven has continued to find his best form, his latest run resulting in a runaway win when he rated a slick 1.52.

“As a two-year-old, he looked absolutely flawless and totally out of the box,” said Painting.

“He showed so much potential but then things began to go wrong.

“He went sore and had a few niggling issues.

“So, when the Covid outbreak restricted where we could race, Dave decided to put him away to allow him to mature and get over those issues.

“He seems to be sound and is just getting better with each run and I expect him to go well this afternoon from gate one.”

Painting pointed towards first starter Spoonthemoon (Race 2) as one to follow from their stable.

A daughter of Bettors Delight, the three-year-old will be well-fancied by punters.

“She is a lovely filly who impressed in a trial at Leeton last Saturday beating some better-classed older horses,” said Painting.

“If she brings that form to the races today, she should go close to winning.”

Painting the ‘Ultimate’ picture
No wonder Painting has a new lease of life
Kennedy, Painting looking for another big day
600 wins and Painting a perfect picture
About author