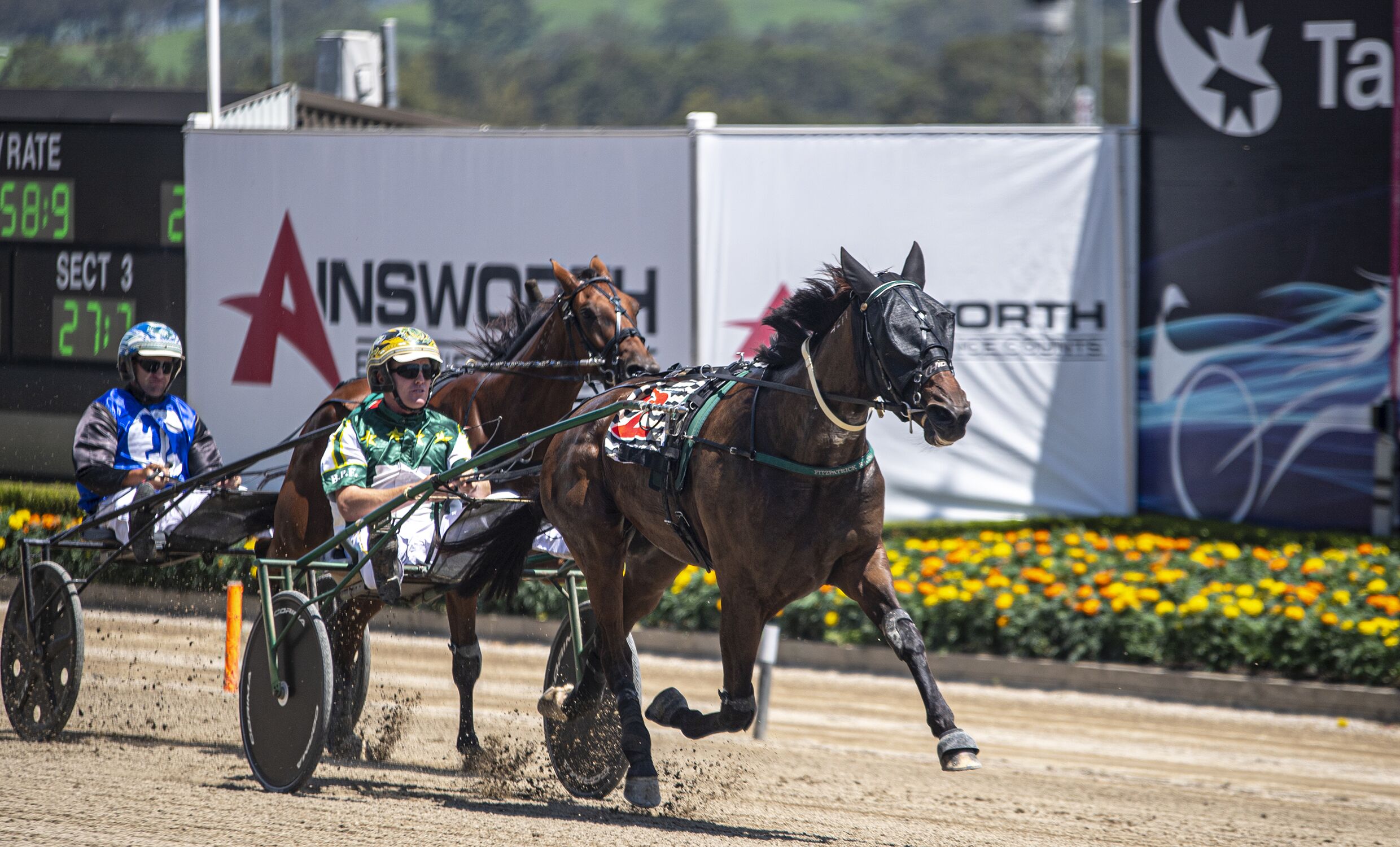 ALLE will need to be on her behaviour against Super Fast Pat at Club Menangle today.

Pat v Adelle – a match-up made in Heaven

Adelle2 Super Fast Pat2
TWO of the most promising trotters in Australia will go head to head at Club Menangle today as harness racing continues to be one...

TWO of the most promising trotters in Australia will go head to head at Club Menangle today as harness racing continues to be one of the few sports to thrive during the Coronavirus.

Former Kiwi Super Fast Pat will face one of his toughest tests since crossing the Tasman when the KerryAnn Morris-trained square-gaiter comes up against another former Kiwi in Adelle over 2300m in a mobile which should develop into a battle of tactics.

Super Fast Pat will be driven by Robbie Morris, who has an unparalleled record at Menangle while ace horseman Blake Fitzpatrick is quickly building up quite a record with Adelle, who beat a top-class field in her latest Menangle win.

Comparisons between these two outstanding trotters are inevitable: Both have faced the starter 17 times, and both have recorded six career victories.

Amazingly, both have three Menangle victories on their resumes although Super Fast Pat has a best mile rate of 1:56.3 in one of his wins while Adelle’s fastest time, so far, is 1:57.1.

With Super Fast Pat having the slightly better of the draw, there is little doubt Morris will look to find the front as early as possible while Fitzpatrick will try to emulate his latest victory when he brought his mare with a flashing finish to put paid to a couple of classy trotters in Drop The Hammer and Lily Stride.

“Super Fast Pat has settled in really well here and we’re really happy with how he is coming along,” Morris said.

“We’re confident he will make it to free-for-all company and go on to bigger and better things.

“I really think we’ll start to see the best of him in about 12 months’ time and I think he’ll be taking on some of the very best trotters in training and holding his own.

“He easily trots around in quarters of about 29 seconds and does it so easily that you feel like he is going 33 seconds.

“While he can be a little ‘iffy’ early, he is really starting to put it all together now.”

Morris knows that he cannot spend the race looking around for Adelle as Fitzpatrick has two other more-than-handy trotters going around in Race 3.

‘Fitzy’ has stable foreman Jack Trainor aboard his other handy trotting mare My Mdina, a last-start Menangle winner.

And premier reinsman Todd McCarthy has been snapped up to drive yet another talented trotter Moment In The Sun, who is ready to fire in just his third run from a spell.

Giving the gallopers another go
After a ‘false start’ Pat’s read...
About author