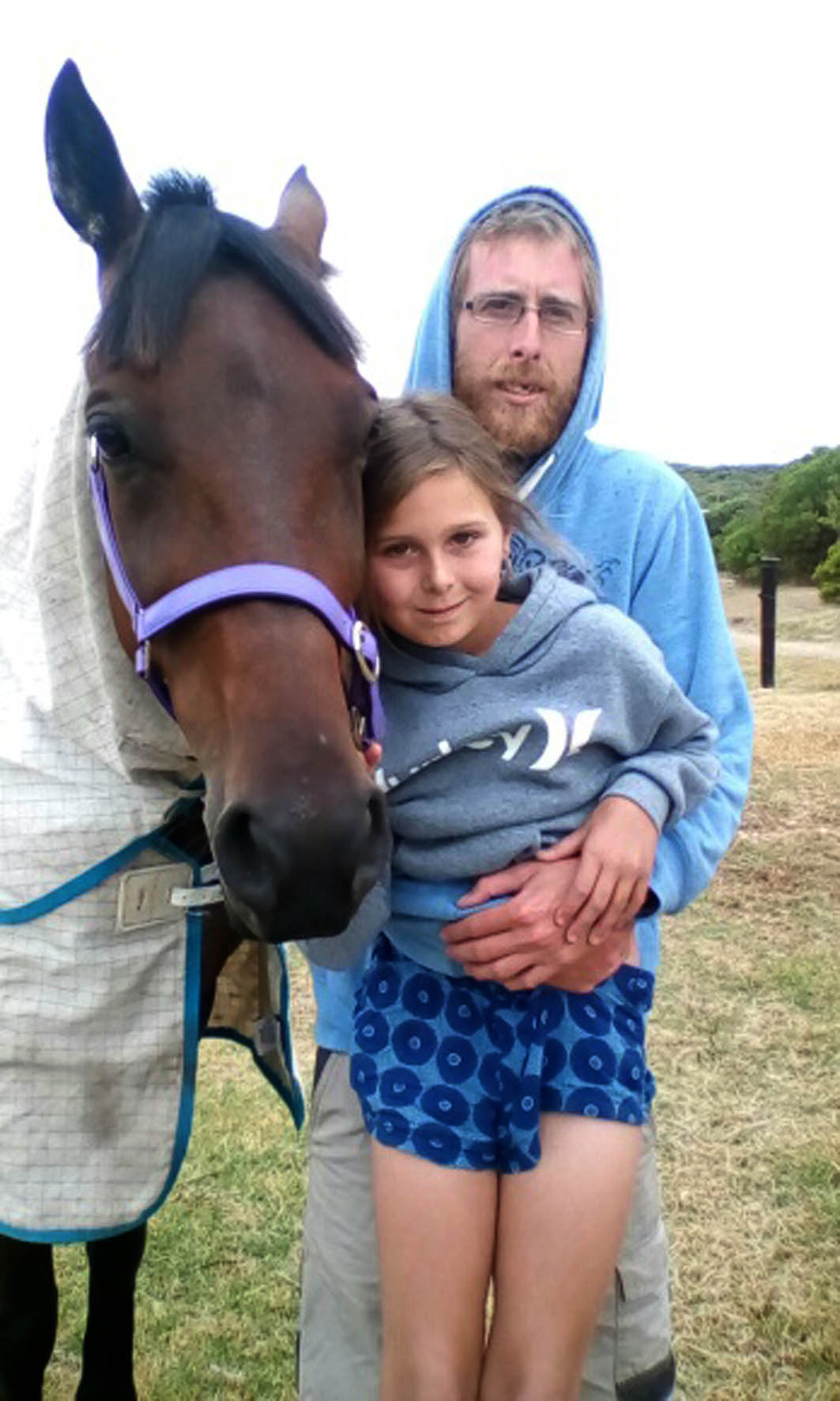 JUSTIN HEENAN with his daughter Aysha and Archduke Joseph

NEXT time you’ve got to build a trampoline or Ikea cupboard from those useless instructions give Justin Heenan a call as he has proven...

NEXT time you’ve got to build a trampoline or Ikea cupboard from those useless instructions give Justin Heenan a call as he has proven he’s got patience.

Heenan’s patience were rewarded at Terang last night when Archduke Joseph led throughout with Michael Bellman in the cart.

Having his 85th start – and 34th for Heenan – Archduke Joseph’s success was his maiden, but came as no surprise to the horseman.

“From the good draw, I felt if he led he would be hard to beat,” Heenan said. “I have always liked him…he has just taken a while to get going.

“Part of the problem was him hitting his knees, which took time to have him better in his action.

“I’ve also bulked condition on to him, he has muscled up, is enjoying beach work and his confidence is up.”

Beginning quickly to lead from the pole, Archduke Joseph was given little rest as Sky High Eurasian and Keayang Trumpet applied pressure from the ‘death seat’.

Fending off the challenges along the back straight, Archduke Joseph dashed to a 26-metre win from Keayang Trumpet, with Santanna Breeze a half-neck away third in 1:59.6 over 2180 metres.

“They gave him no respect in front and in the end he won easily,” Heenan said. “I’ve been lucky to have Michael, who has to be the most underrated driver in Australia, stick with him.

“Now that he’s got the monkey off his back hopefully he can win again soon.

“He will certainly be thereabouts like he always is as he is such a great little battler.

“I’m not sure where he will race next, but he will have a few days off before I find a race for him.”