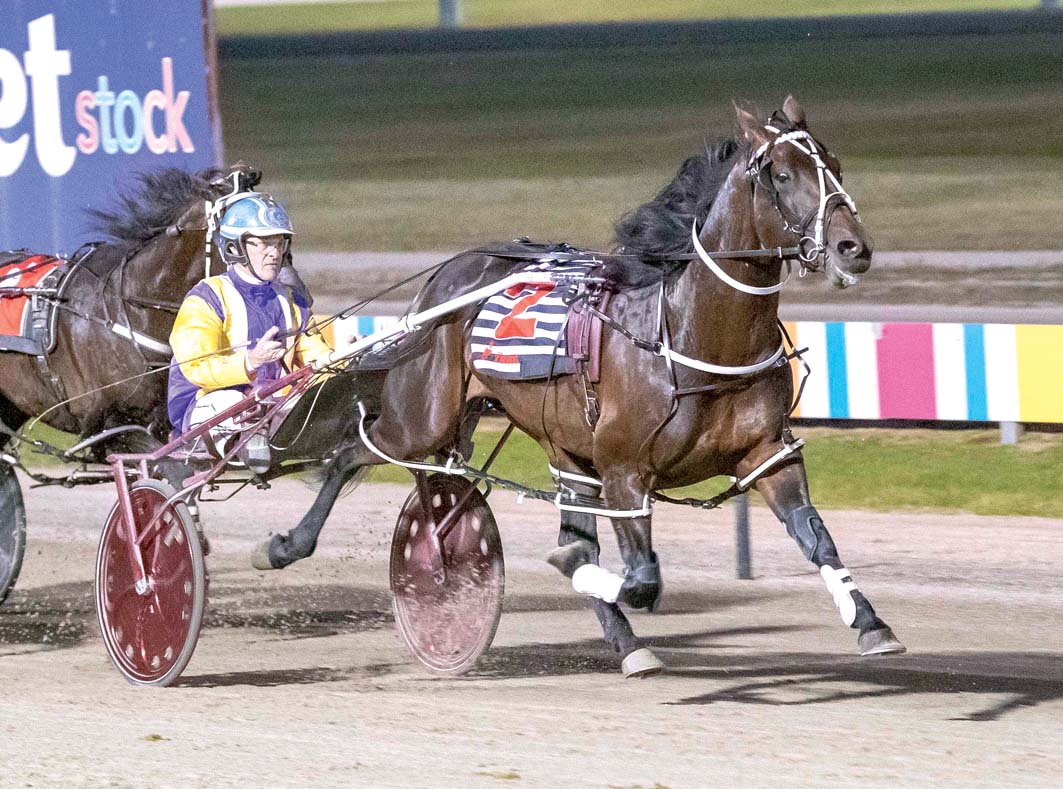 NEW ZEALAND horseman Cran Dalgety is trying to ‘keep a lid’ on his excitement with Im Pats Delight. Originally ranked at 51, Im Pats...

NEW ZEALAND horseman Cran Dalgety is trying to ‘keep a lid’ on his excitement with Im Pats Delight.

Runner-up behind Spankem in his opening heat at Tabcorp Park Melton, Im Pats Delight was triumphant in his second qualifier in Ballarat last night.

As such, the son of Bettors Delight has accrued 29 points to be three points behind Cruz Bromac, which is the only undefeated contender in the Championship.

Despite Im Pats Delight’s strong position in the series Dalgety remains cautious with the talented four-year-old.

“I came into the series knowing he would be competitive without being confident,” Dalgety said. “So far he has kept his head above water but there is still a long way to go.

“Before the first heat I was a little concerned as he wasn’t his usual self. Physically he was good but mentally he was not as sharp as he normally is.

“He has come out of his shell and is back to his normal character…maybe it was stage fright!

“If he can keep racing the way he is I will be very pleased.”

One factor pleasing Dalgety as he prepares for Saturday night’s final round of heats is Im Pats Delight recovery from each run.

“He’s been holding his weight really well,” Dalgety said. “Usually after racing so close together they can lose weight but he’s doing fine.

“He was tired this morning, but I imagine most of them are.”

With the entire drawn the inside of the second row – and set to follow rank outsider Hickstead from the pole – Dalgety stated he is yet to discuss possible tactics with driver Gavin Lang.

“I haven’t had a good look at the field,” Dalgety said. “I’ll have to see where they are drawn and work out some sort of plan.”