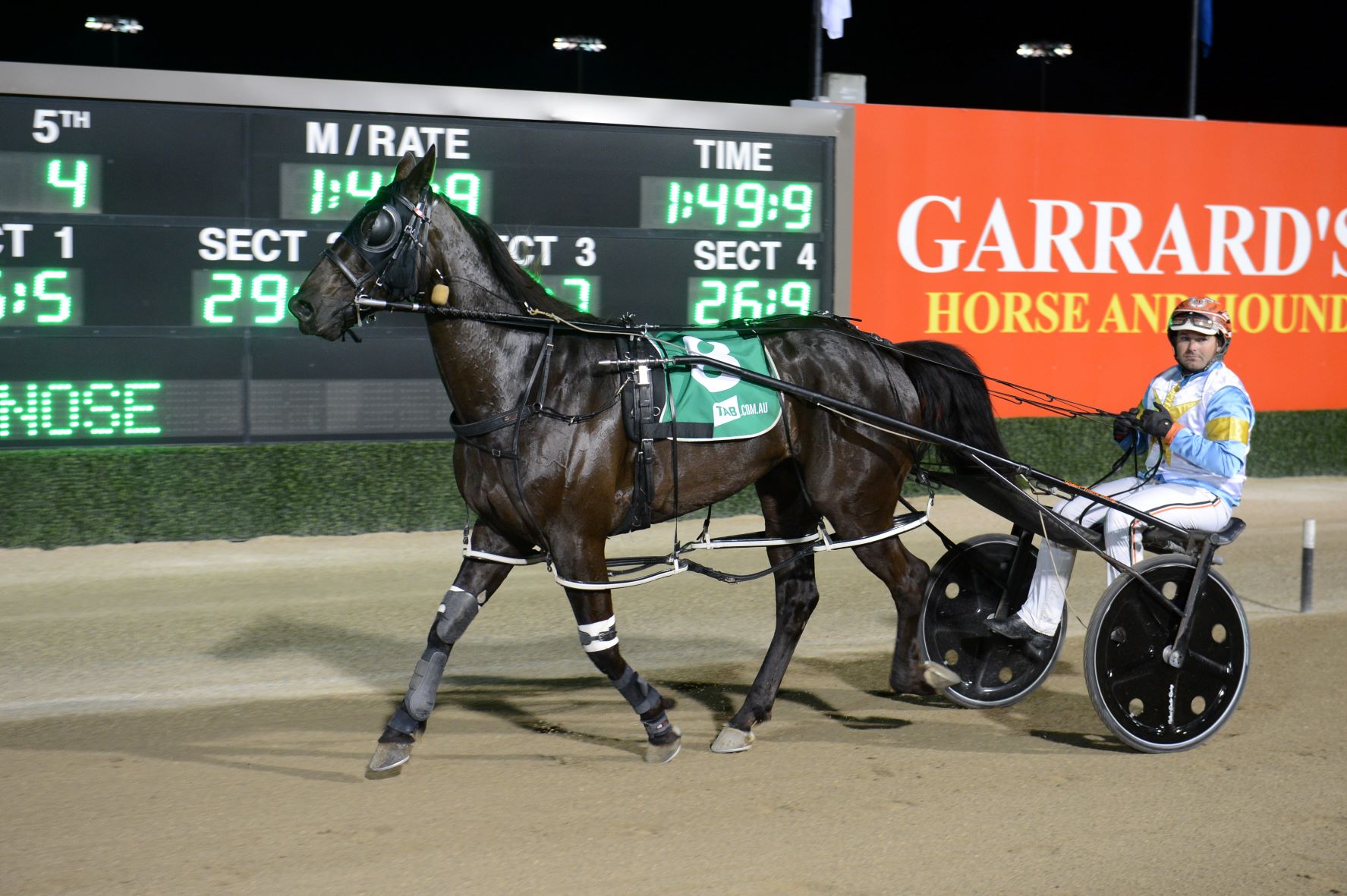 The Black Prince6
NO-ONE drives the pegs at Tabcorp Park Menangle any better than Robert Morris. And he gave his rivals a lesson in tonight’s $100,000 Len...

NO-ONE drives the pegs at Tabcorp Park Menangle any better than Robert Morris.

And he gave his rivals a lesson in tonight’s $100,000 Len Smith Mile with a master class of reinsmanship to win the Group 1 with Newcastle pacer The Black Prince.

Typical of Morris, he gave everyone else the credit for his win, after his peg-hugging drive saw The Black Prince beat a quality field of sprinters, edging out Alta Orlando and Boncel Benjamin with Spirit Of St Louis a close-up fourth in the big Group 1.

Saving every inch of ground, the Roy-Roots-trained gelding scored his 21st win and his best one yet, arriving in time to score by a half head in a sensational 1:49.9.

“It’s been a bit disappointing because I haven’t been able to drive this horse for a few months because of COVIT but gee, I like him,” said the Menangle Park reinsman.

“I knew Roy would have him right on the night and he said to me, just give him a nice trip and he’ll finish as good as he ever has and all he needs is a touch of luck to be in the finish.”

With more than 1600 wins in a star-studded career, Morris paid tribute to a family that simply lives and breathes harness racing.

“When I was a kid I dreamt about winning races – any races,” he said.

“To come here and win one like this is pretty special.

“I have a terrific wife in KerryAnn and two beautiful children as well as a mother and father who have always given me a great grounding in this sport,” he said.

The Black Prince contested this year’s Miracle Mile behind King Of Swing but it must have felt like one of Morris’s other former Miracle Mile drives, the mighty Karloo Mick, who also finished along the pegs on one memorable night at Menangle a few years back.

Except this time, he finished over the top of them.

“Everything went our way and he was just super,” said Morris.

“This is what it’s all about.”

Amazingly, it was Morris’s second winner at big double-figure odds in one night as earlier he won the Breeders Challenge two-year-old colts and geldings final with Queensland pacer Tims A Trooper.

It could be some Consolation for Morris and Roots
Prince makes it all worthwhile for Tom
Morris happy to be in the box seat
The Prince got what he deserved . . . a spot in th...
About author