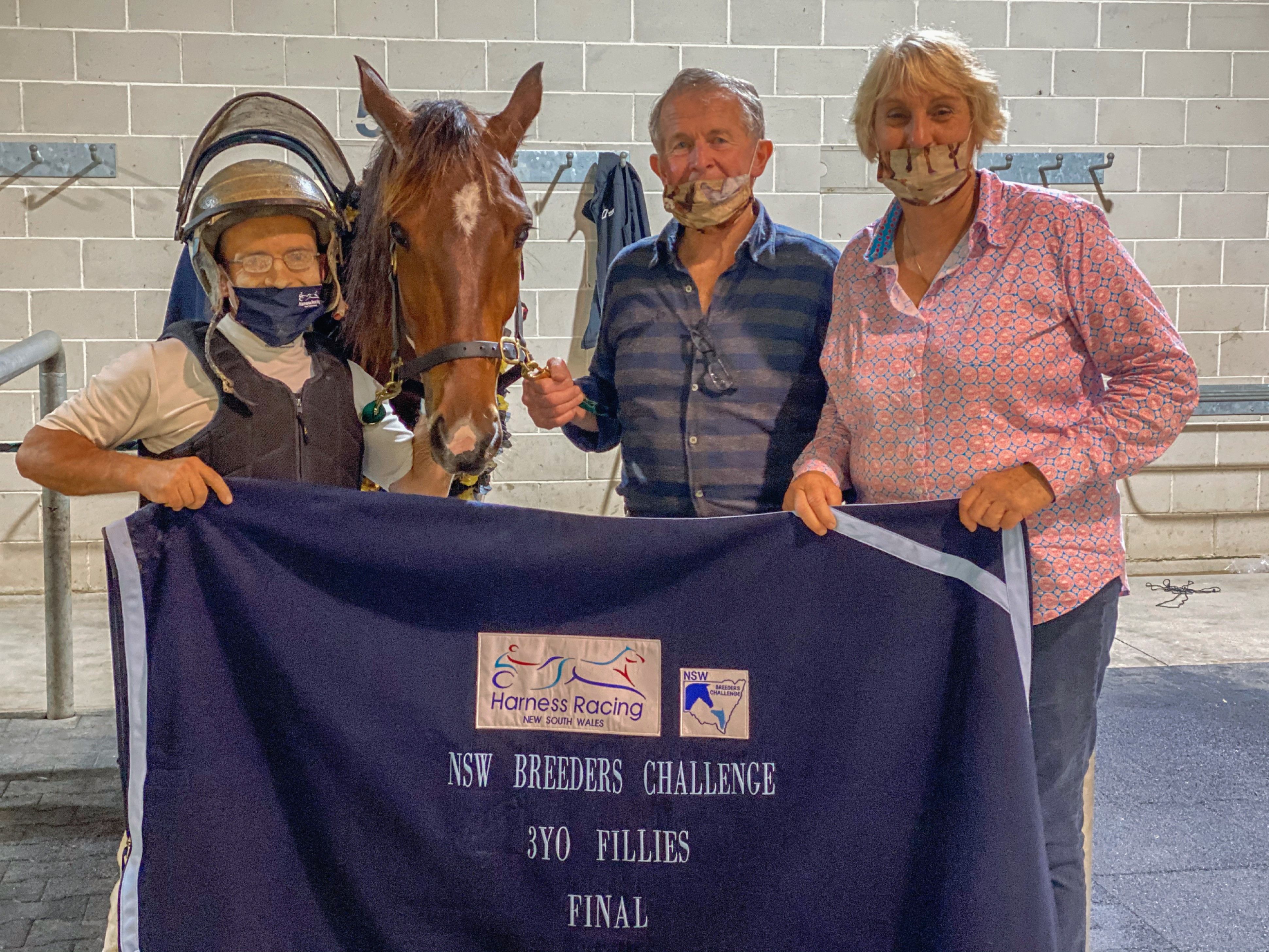 A NIGHT TO REMEMBER: Jimmy Douglass with Wayne Honan and Anna Woodmansey after their Breeders Challenge victory

Pelosi2 protest2
SELDOM is a Group 1 decided 20 minutes after the horses are back in their stables. Yet that was the case in tonight’s three-year-old...

SELDOM is a Group 1 decided 20 minutes after the horses are back in their stables.

Yet that was the case in tonight’s three-year-old fillies’ final of the $125,000 Breeders Challenge when Queensland filly Pelosi, plagued by bad luck during the race, got some good news in the stewards’ room after reinsman Jim Douglass protested against Keep Rockin being first past the post.

Pelosi had finished just a nose away in second place and Douglass had no hesitation firing in an objection after his filly looked like she was forced to veer away from Keep Rockin in the straight as both youngsters fought all the way to the line in the rich final.

He’s one of the cleanest reinsman in the business and as they crossed the line it appeared that McCarthy’s champagne night would continue as Keep Rockin, a sister to the former class pacer Vincent hung on for the narrowest of victories.

Certainly it was a masterful display as he came from the perfect one-one trail and looked likely to hold off the Queensland filly, who won last year’s two-year-old Breeders Challenge for two-year-old fillies.

Luck went Keep Rockin’s way earlier as she managed to avoid an early scrimmage when Smoothe Style, a stablemate of Keep Rockin, galloped in that helter-skelter dash to the first turn.

It was just enough to almost cost Pelosi her chance as Douglass had to quickly take some evasive action to avoid interference.

Delightful Angel (James Rattray) found the front after the speedy Misdemeanor turned on the afterburners out of the mobile barrier and dashed across to find the lead.

The well-backed Eye Can Run was just behind the leaders while the ever-alert McCarthy slotted into the coveted one-out and one-back position.

After an opening quarter of 27.7, the speed did back off slightly with a 29.4 second quarter and McCarthy made his move in a 28.1 third quarter and turning for home found the front only to face a massive challenge from Pelosi, who charged down the outside and looked set for victory.

Yet Pelosi appeared to baulk the wheel of Keep Rockin and in the charge to the line was beaten by the narrowest of margins, a nose, in a 1:52.5 mile rate. Jenden Strike was third, with outsider Misdemeanour an impressive fourth.

Douglass fired in a protest claiming interference in the home straight. It took stewards almost up until the next race to decide to award the Anna Woodmansey filly the race, making it a night to remember for the Queensland trainer.

Ironically, Woodmansey had approached McCarthy about driving Pelosi in this series but he was committed to Michael Doltoff’s filly, Keep Rockin.

THAT PROTEST! How the stewards saw it
About author