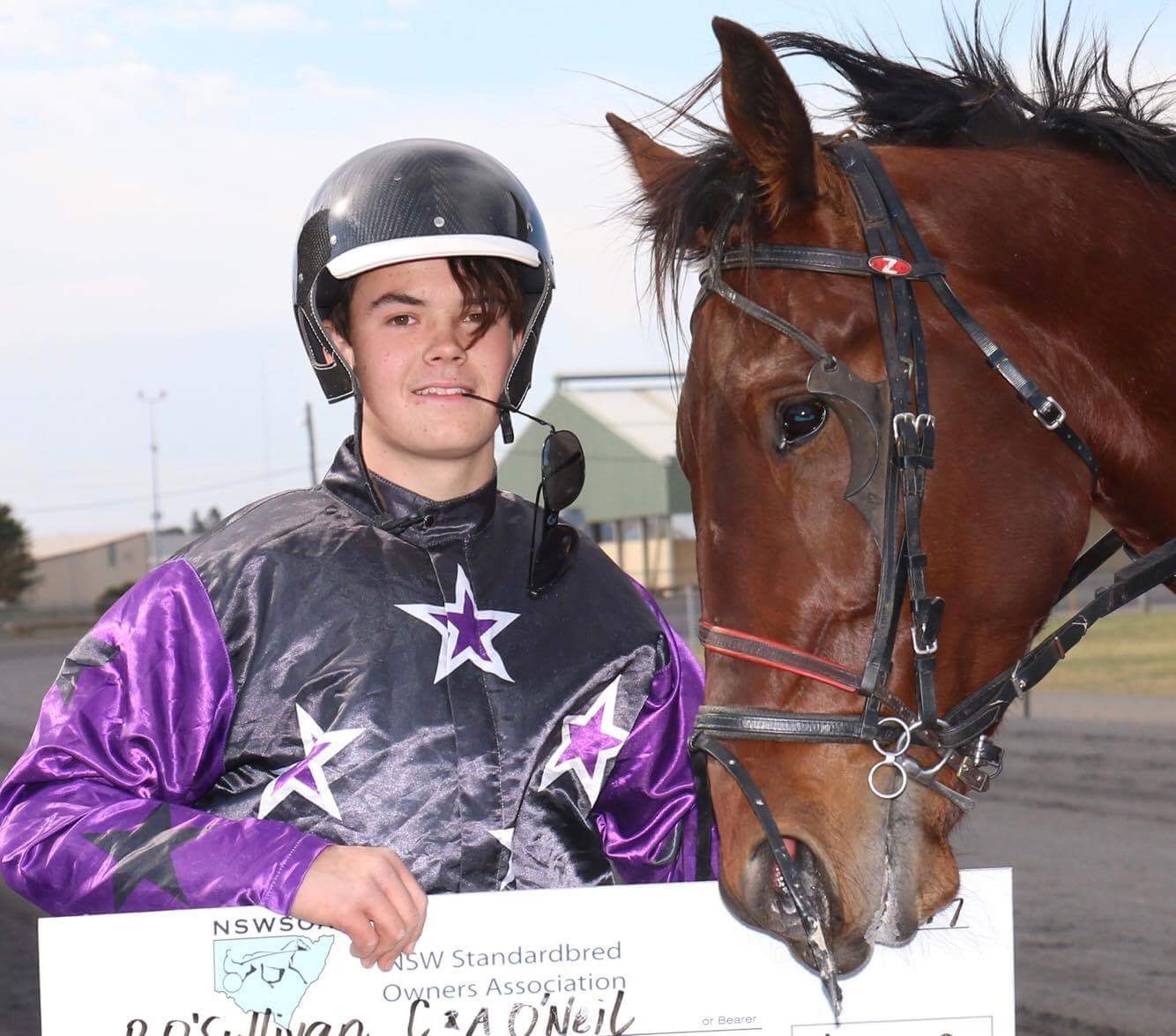 Making his debut as a driver during the afternoon, Lew registered his maiden victory in front of a hometown crowd.

“It’s just like a rush – it’s hard to explain” was how the 16-year-old described the moment.

“It was unbelievable and especially to drive my fist winner in Dad’s race colours – I was happy to get a winner for him on Fathers’ Day.”

The fourth generation of the family to be part of harness racing, Lew is now the seventh member of the clan to hold a licence with HRNSW.

With the Dubbo meeting being part of the NSWSOA racing day, it was also an added bonus of picking up an extra cheque.

“He is a fourth generation and he enjoys the harness racing,” said a very proud father Peter Lew. “We were real keen for a good result today having the Breeders’ Bonus meeting.”

The father-and-son combination scored with Nekite River, which accounted for Zodiac Dream and Medonc in what was the gelding’s third win from 20 starts.

Besides the support of his parents – Peter and Heidi – Lew was quick to acknowledge the others who have helped him along the way.

“I have had a lot of help to get the drives up and thanks to Alan Biles, John Lew and Matt Rue for giving me the drives,” Lew said. “Greg Lew has been a real big influence on me getting my licence.”

Although he hopes to forge a successful driving career, Lew was back to school on Monday for his Year 11 Exams.