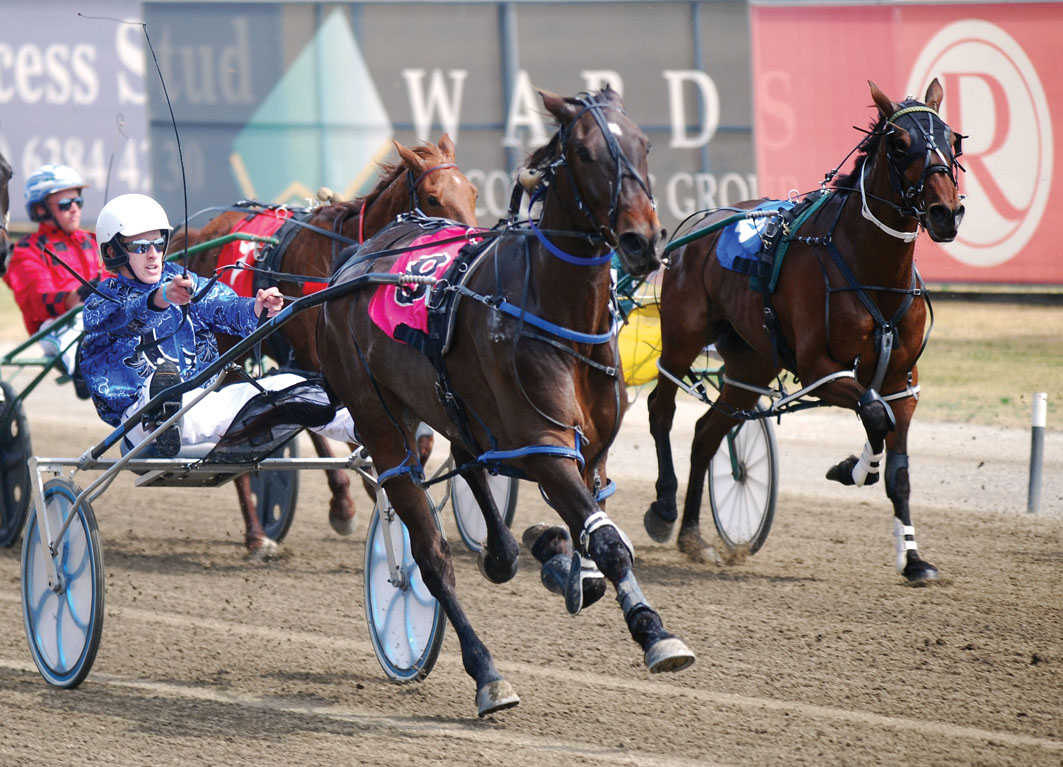 WHILE his mates spend their school holidays camping, playing video games or just hanging out, Andrew Bourke is celebrating a milestone.

Enjoying a break from his studies, Bourke ventured to Tabcorp Park Menangle this afternoon where he registered his maiden victory.

Partnering The Plainsman for his father, Chris, the 16-year-old’s drive caused a major upset at $32.50.

“To drive my first winner is very exciting,” Bourke said. “I’ve had about 30 drives and have been looking forward to getting a win.

“For it to be with Dad’s horse is even better.”

Eased to the tail of the field from the outside of the front row, The Plainsman was the widest runner on the home turn before sprinting to a four-and-a-half metre victory from Sur Le Feu, with As Lowas They Come three metres away third.

Breaking a six-month drought from the winners’ circle, the son of Elsu covered the mile 1:54.8.

“I was pretty confident before the race as he has been racing really well and was right in it on paper,” Bourke said.

“He travelling well in the run, and when I pulled him out, I knew he had them covered. Once he straightened he ran straight past them.”

With his schooling to continue, Bourke’s dream is to forge a career as a freelance driver, while also helping his father train.

“I’m in Year 10 and will keep going to school, but I’d really like to become a driver,” Bourke said.

Little Rascal seizes his first group win.
Star to shine
Ready for title defence
Lauren and Love to put the speed on
About author