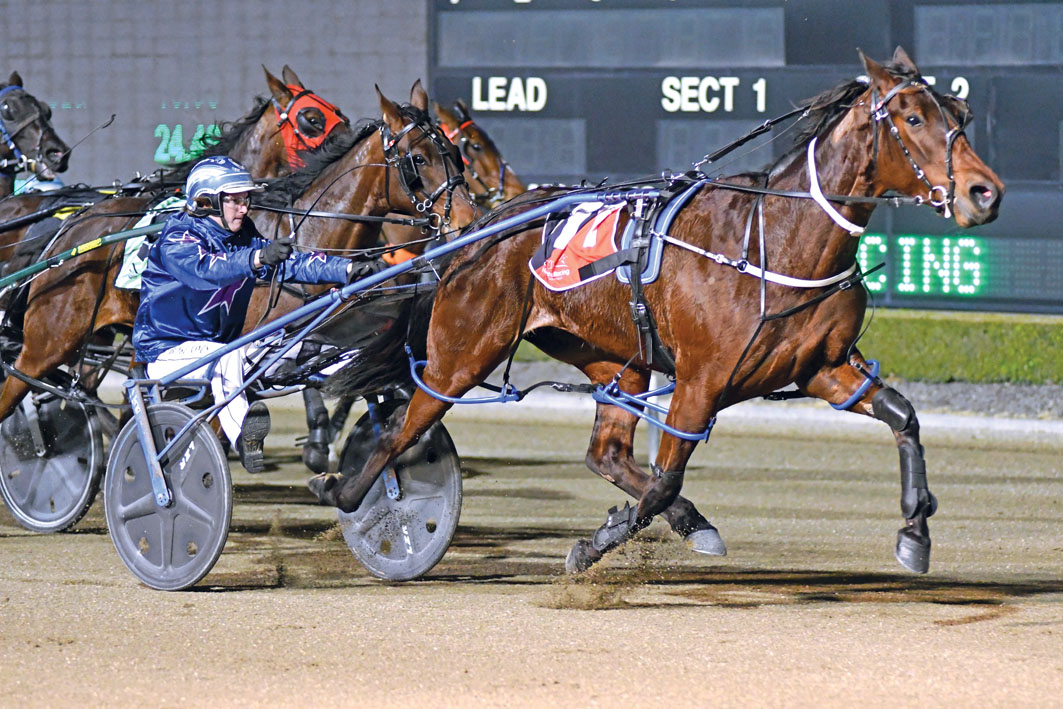 IT WASN’T her ‘digits’, but a long neck which helped Man Hands maintain her perfect record for trainer Ellen Bartley. Named after an episode...

IT WASN’T her ‘digits’, but a long neck which helped Man Hands maintain her perfect record for trainer Ellen Bartley.

Named after an episode of the popular sitcom ‘Seinfeld’, Man Hands completed a hat-trick for Bartley by capturing the Kevin and Kaye Seymour Evolution Final at Tabcorp Park Menangle last night.

Man Hands is mentioned several times throughout the episode to describe women with less than feminine hands.

“Her owner is a big Seinfeld fan and got her name from one of the shows,” Bartley said. “She is a big filly, so the name certainly fits.

“Having that bit of size about her helped in the tight finish.”

Driven by Blake Jones, Man Hands began brilliantly to find the lead from barrier 11 before Jones eased the pace to a pedestrian tempo during the middle stages.

Digging deep along the home straight, the daughter of We Will See staved off a late challenge from Babyitscold to score by a neck, with Lotta Laughs three-and-a-half metres away third.

“It was a great drive from Blake,” Bartley said. “He drove her to win, including getting away with a slow quarter, which made the difference in the end.

“She is coming along really well and we’re very pleased with her.

“She’s always had ability it’s just been a matter of getting over a few little problems and getting that ability to come through.”

To be given an easy week the three-year-old will then be sent south of the Murray River.

“I will give her a few days off now, then look for a race in Victoria,” Bartley said. “Hopefully I can find the right race and she can pick up her Vicbred bonus before the end of the season.”